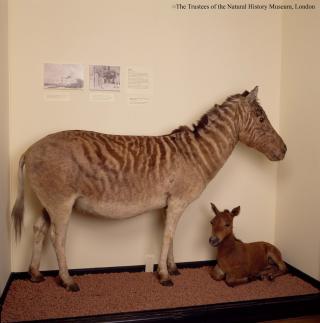 Paper Title: Gone but not Forgotten: Coming to Grips with Extinction

Extinction is a timely and controversial topic now, as it has been for centuries.  That is not, of course, to say that the focus of contention has remained constant.  At first the main question, couched at least as much in theological as in scientific terms (that is, in terms resonant with later debates about evolution), was whether it could happen.  Localized anthropogenic extinctions, most famously that of the dodo, were noticed by European travelers in the seventeenth and eighteenth centuries (the intentional extermination of undesirable animals like wolves at home did not figure in such debates). The dwindling and disappearance of more populous and widespread species, including the passenger pigeon, the quagga, and (nearly) the American bison, in the nineteenth century sparked a different kind of concern among the overlapping communities of hunters, naturalists, and conservationists, which helped to inspire the earliest national parks and wildlife reserves.

Drinks will be served after the seminar. All are welcome and no booking is required.