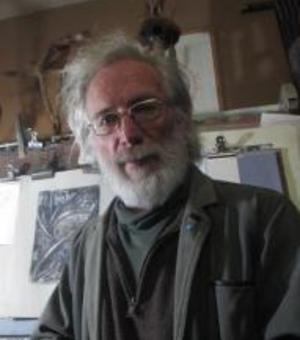 Born in New York City in 1953. Jessing attended the Art Students where he studied portraiture with Robert Brackman. He developed an interest in mythology especially Sumerian, Greek and Nordic. Allegory also became a method, for the artist, of expressing ideas and feelings about contemporary events. In 1992, he came to Britain where a number of exhibitions of his allegorical paintings took place in Edinburgh and the Scottish Borders. The project of illustrating the complete Book of Psalms started in 1997 with exhibitions at the Book Case in Carlisle. Once the project was finished, selections of the illustrations where exhibited at cathedrals and churches throughout Britain such York Minster Library, Chichester Cathedral, Wells Cathedral and St. Giles Church, Oxford. The artist sees the Psalms as being a spiritual voice from the distant past that resonates strongly in the present, inspiring his own expressive voice.

Currently, Jessing is working on a graphic novel called the “Shepherd Project” which deals with contemporary issues, most importantly – the environment.