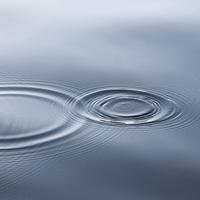 'Multi-media Arts and Performance in the (long) Weimar Republic'

The first decades of the twentieth century witnessed unprecedented provocation and innovation in the arts in Germany. Of particular interest are the many experiments in multi-media and interdisciplinary artworks and arts events, from Dada to the Bauhaus. This knowledge exchange project develops out of Prof Kuhn’s work on Bertolt Brecht, who had a great interest in collaborative work across the arts, and wrote all kinds of musical drama, ballet, text/music and text/image combination. The collaboration with musician John Harle, is set to uncover the dynamics and explore the aesthetics of such multi-media performance works. After pilot events in 2022 of 'Bauhaus' music and film (financed entirely and hosted by the Guildhall) we intend a major development in 2023, including a recreation of Brecht's War Primer (poems combined with press photos, set to music by Hanns Eisler), a musical 'extension' of Wassily Kandinsky's Klänge (Sounds), and a new student-devised work of text, photographs and music. The works will be realised with music and design students from the Guildhall and Oxford, afforced by professionals and under the direction of John Harle and Tom Kuhn. There will be performances both in London and in Oxford, and hopefully elsewhere too.