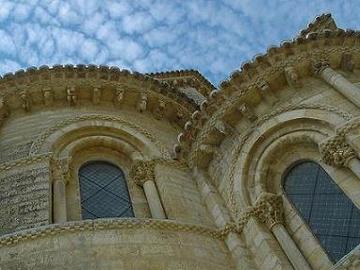 After Chichele: Intellectual and Cultural Dynamics of the English Church, 1443 to 1517

An international conference organised by the Faculty of English, University of Oxford, this event builds on the success of the 2009 Oxford conference, After Arundel: Religious Writing in Fifteenth-Century England, which resulted in a book of essays (ed. by Vincent Gillespie and Kantik Ghosh) that vigorously interrogated the nature of religious and intellectual culture in England in the long fifteenth century. After Chichele adopts a similar investigative and interdisciplinary approach. The period has been chosen precisely because the inner workings of English intellectual and religious life during these years have proved challengingly resistant to the formation of grand critical narratives. What are the chief currents driving the intellectual and cultural life of the church in England during this period? What happened to intellectual questioning during the period, and where did the Church’s cultural life express itself most vividly? What significant parochial, regional, national and international influences were brought to bear on English literate practices? In order to address these questions, the conference will adopt an interdisciplinary focus, inviting contributions from historians, literary scholars, and scholars working on the theology, ecclesiastical history, music and art of the period, and it is expected that a wide range of literary and cultural artefacts will be considered, from single-authored works to manuscript compilations, from translations to original works, and from liturgy to art and architecture, with no constraints as to the conference’s likely outcomes and conclusions. It is intended that the conference should generate a volume of essays similar to After Arundel in scope, ambition and quality.

Religious writing and the English Church; the emergence of humanism and the fate of scholasticism; literature and the law; cultural and ecclesiastical patronage; developments in art and  architecture; the liturgical life of the Church; the impact of the international book trade and of print; palaeography and codicology; the Church’s role in education, colleges and chantries; the impact of travel and pilgrimage.