A Fresh Ear for Late Schumann

On 27 February 1854, the acclaimed composer Robert Schumann attempted suicide by jumping off a bridge into the Rhine. Although he was rescued by boatmen and brought home, he afterwards insisted on being placed in an asylum for his own and his family's good. He would spend the last two years of his life there, before dying of pneumonia at the age of 46.

For several years beforehand, he had been plagued by auditory hallucinations, erratic moods and depressive episodes — which historians speculate might have been the result of anything from bipolar disorder to syphilis or mercury poisoning. Despite these symptoms, he still experienced fits of creative energy, producing several pieces in this time, including the Maria Stuart songs and Lenau Lieder. Because of their radically different style to his earlier works, these have often been taken as a symptom of a tragic creative decline, the work of a man whose judgement was fatally impaired by the ravages of his illness.

But according to Laura Tunbridge, Professor in Oxford's Faculty of Music and Henfrey Fellow and Tutor at St Catherine's College, there is no reason to assume that. She says we might have been overly influenced by the work of his first biographers, as well as of his wife Clara and his younger colleagues Johannes Brahms and Joseph Joachim, who edited and compiled his work after his death. All of them wanted to conceal what they felt was a shameful detail about the great man's life, and, as a result, some of the later pieces have tended to be erased from discussion of his life's work.

Professor Tunbridge says: 'In the mid-19th century, there was a huge social stigma about mental illness. And so his family and his friends and his colleagues didn't particularly want people to know. And you can see that in the way the first biographers write about him — they assume that mental illness is going to have a detrimental effect.'

In fact, you often see a new period of experimentation in other composers' late works. There are many reasons why a composer might change their style which have nothing to do with their mental state. Professor Tunbridge thinks that the necessity to write for a more popular audience, to support an ever-growing family, as well as the influence of a younger generation of composers represented by Joachim and Brahms, probably had just as much of an impact on Schumann’s new musical direction. People have also tended to underestimate these works simply because they are written in a simpler, less ostentatious style.

Professor Tunbridge adds: 'Some composers — say, Beethoven — at the end of their career write these late works and people think they're amazing and radical and new and experimental. But with Schumann there's a sort of idea that his creative powers fall off and that they're not so significant. So I'm trying to figure out whether that's really the case or whether that's because of all the assumptions people make.'

As part of a Knowledge Exchange Fellowship with TORCH (The Oxford Research Centre in the Humanities) last year, Professor Tunbridge worked with Oxford Lieder to produce a series of podcasts, Unlocking Late Schumann, exploring Schumann's later works in conversation with performers and critics, to prompt reassessment of his work.

The collaboration also organised performances of these works for the annual Oxford Lieder Festival. Professor Tunbridge says that having these works performed is a crucial component to rescuing them from their critical obscurity: 'You can be a historian and say all these things about how wonderful these works are, but unless someone's actually going to sing them, it doesn't make any difference.'

She has also been thinking about how recitals can present works in ways that engage the audience and involve them in interpreting the pieces they are hearing, rather than simply giving them a programme note telling them what the music is 'about'. This resulted in some exciting and innovative programming, including a recital where Schumann's work was performed alongside some experimental modern composers who have been inspired by him.

Alongside the podcast, which can reach a wider audience than the demographic who usually attend classical music festivals, this represents a new approach to interpreting and appreciating Schumann. Professor Tunbridge hopes this can encourage appreciation of the composer's work, without preconceived notions getting in the way: 'As academics, we do all this educational work to try and explain things. But actually do we need that much historical context or do we need to encourage people to listen in a fresh way, without preconceptions?'

Listen to the episodes of Unlocking Late Schumann here.

This blog originally appeared on the University of Oxford Arts Blog. 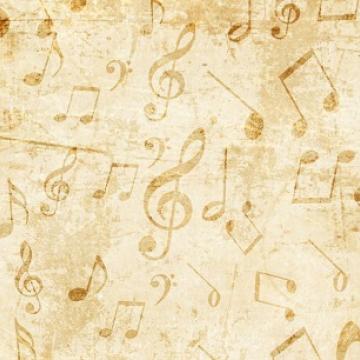