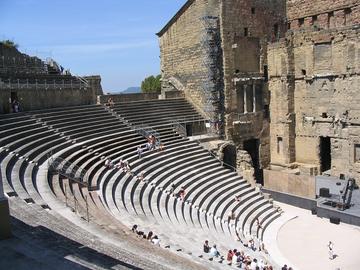 In scholarly discussions of the strange and elusive presence of Greek drama, and tragedy especially, in and around sixteenth-century European drama, the availability of Latin translations of the ancient Greek plays has become an oft-invoked phenomenon.

This conference focuses on the ways in which Greek drama ‘lived’ in Latin, leading up to and coinciding with an extraordinary period of dramatic and literary composition across Europe in the Early Modern period. By bringing together scholars in Classics, Comparative and World Literature, English, Theatre, and Translation, this conference aims to create a forum for rich and nuanced discussion of the multiform and variously situated acts of reading and translation of Greek drama during this period.

It is hoped that case studies – where acts of reading or translation can be seen to have wide implications for our understanding of the presence of Greek drama in literature at this time – will be complemented by papers highlighting more thematic or methodological considerations.

Papers may address (but need not be limited to) any of the following questions:
• Who do we mean when we speak of ‘the’ readers and translators of Greek drama?
• What kinds of readers and translators took part in the circulation of drama in Latin during this period?
• What is ‘Greek’ about Greek drama in Latin?
• How can we construe these acts of translation beyond ‘ad verbum’ vs. ‘ad sensum’ e.g. as creation, as refraction, or as collaboration?
• How do we envisage translations of Greek drama ‘circulating’ in Europe during this period? As publications, in manuscript form, with prefaces or other paratexts, as partial translations, or as language learning exercises?

Please send an abstract of no more than 350 words (for a 30-minute paper), together with your name and contact details, to lucy.jackson@kcl.ac.uk by 16 April, 2018.