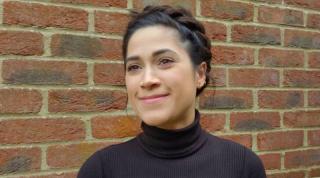 We are pleased to announce the studentship has been awarded to Ruth Ramsden-Karelse.

Ruth is a DPhil candidate at the University of Oxford who has a BA in English and Related Literature and an MA in Culture and Thought After 1945, both from The University of York. She is originally from South Africa and is primarily interested in drag performances as sites at which gender, sexuality, race and class intersect in their full contextual complexity.

The inaugural Stuart Hall Doctoral Studentship, in association with Merton College, TORCH and the Stuart Hall Foundation, will support Ruth's DPhil project on drag performance in Cape Coloured communities since 1950. By considering the role drag plays in the construction of borders and in the transgression necessary to their constitution, Ruth's research aims to contribute to theories of the intersections of sexuality and gender with nationalisms.