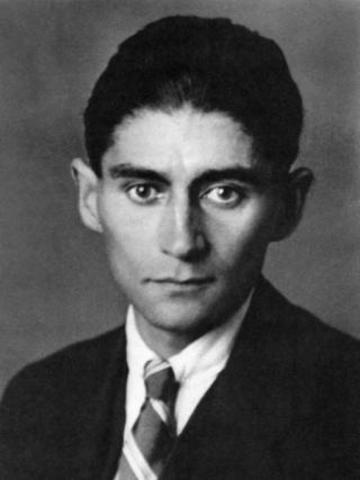 In the Shadow of Kafka, a series of documentaries and drama on BBC Radio 3 from Sunday 10 May–Saturday 16 May, will examine one of the most elusive and intriguing figures in 20th century literature, Franz Kafka. TORCH Knowledge Exchange Fellow Karen Leeder will participate in the series with her interpretation of the great writer. Listen out on Wednesday 13 May, 10.45-11pm.

Throughout the week, The Essay (Monday 11 May – Friday 15 May, 10.45-11pm) presents five writers’ interpretations of Kafka – comedian, messenger, body phobic and unique writer of imagination -  examining the breadth of Kafka’s thinking, his world and how his writing still resonates for them as contemporary writers. Multi award-winning novelist, poet, essayist and environmental campaigner Margaret Atwood (Monday 11 May, 10.45-11pm) revisits an essay she wrote on Kafka when she was nineteen years old and discusses three trips she has made to Prague in her lifetime and the three different versions of him she found there. Playwright, film maker and novelist Hanif Kureishi (Tuesday 12 May, 10.45-11pm) explores Kafka’s personal and artistic fascination with the body and food, examining how Kafka, a lifelong vegetarian, created characters whose bodies are used as weapons to attack others and ultimately destroy themselves.  Karen Leeder (Wednesday 13 May, 10.45-11pm), a prize-winning translator and Professor of Modern German Literature at New College, Oxford, explores Kafka’s modern use of messengers and messages and the significance and interpretation of communication in his work. Discussing how the process is often the point of the story in Kafka’s works, Leeder argues that it is not so much the meaning as the very act of purveying a message itself that is Kafka’s aim.  Award-winning playwright for stage, radio, opera and film, April de Angelis (Thursday 14 May, 10.45-11pm), dissects the dark comedy ofThe Castle, arguing the case for Kafka as both humourist and feminist. Unpicking the comic tropes of the novel, de Angelis argues a case for Kafka the feminist, as she charts his skilful dismantling – at times comic, at times menacing - of the conventional power structures in the novel. In the final Essay of the series, playwright for radio, stage and screen, Jeff Young (Friday 15 May, 10.45-11pm), considers the unusually powerful impact of Kafka’s language. Jeff, who first encountered The Metamorphosis as a teenager in the 1970s, has collected and compared every new edition of the work. His essay looks at the nature of translation, how it sits between the writer and the words and how the space between the two allows the reader to discover his or her own version of the author and his intention.