We began developing the AHRC-TORCH Graduate Fund and the 5-day long 2015 Public Engagement Summer School as a part of an internship at the Humanities Division during the summer of 2014, under the direction of Dr. John Miles, Humanities Training Officer. This was a real opportunity to develop two projects from the ground up. No other university had developed a student-led student initiative fund, for students by students. There had also never been a public engagement summer school in Oxford before, despite the fact that many researchers here were doing fantastic work across a variety of disciplines. These projects began as reports developed for the Division, outlining our plans and designs for how they might be implemented. We then had the wonderful opportunity to see these projects through to completion as Graduate Project Coordinators in the autumn of that 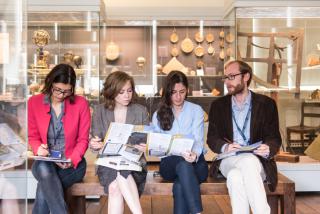