I was drawn to the ‘Poetry and Life-Writing’ event because of my own interest in representations of domestic commemorations in twentieth-century literature. I am compelled by the work of writers who struggle to make sense of the broken bodies of First World War combatants: those who wonder how best to commemorate the dead privately as well as, or instead of, publicly; those who question how to rightfully balance domestic with national legacies. As such, there was abundant material to fill my interest at the ‘Poetry and Life-Writing’ workshop. I was particularly struck by Philippe Sands’ suggestion that, against large-scale public events of commemoration, there also exist private internal, individual commemorations of equal, if not greater, worth.

Dunya Mikhail opened the workshop with a reading of her searing poem ‘Bags of Bones’. Mikhail originally wrote the poem in Arabic, which is her mother tongue – a term I find completely fitting as her poem both communes and commiserates with grieving mothers. Having composed the work in Arabic, Mikhail then translated the poem into English for publication in the English-speaking world. In her reading at the event she performed that translation in reverse. Her first reading, in English, was compelling; her second, in Arabic, was consuming. Mikhail’s intonation rose and fell with the emotive resonance of her work, holding her audience spell-bound, the musicality of the, to most, unfamiliar sounds transmitting as much meaning as did the words of her first recitation. Her poem raised questions I will ponder for a long time to come. They include: can the work of commemoration ever be complete if the work of mourning cannot be done? To whom does commemoration belong; those who ordered the wars? Those who died in them? Those who remain? And finally, and for me most provocatively: how do we truly commemorate those whose bodies remain lost? Buried in unknown lands, or tumbled into mass, haphazard graves, their bones mingling against other unfound bones, restlessly searched for, resting unpeacefully.

Like Mikhail’s poem, I end with those who have not yet found the bones they long for. I want to think more about how those without the bodies of their lost ones complete commemoration; to query how they can come to their own reconciliation. I close with John Hewitt’s caution, taken from his poem ‘An Irishman in Coventry’ and brought to my notice by Lord Alderdice’s talk, that we must question poetry with its ‘glittering fables that gave us martyrs when we needed men’. The truth of this concern rings clear; propagandist mythologising and heroising of the fighters of war belie the well-worn idea that commemoration aims only at teaching humankind not to repeat history’s mistakes. And yet, if Hewitt’s worries that poetry can make men martyrs are founded in part, Mikhail’s poem shows that the reverse is also true: poetry that reveres the internal, the individual, commemorative act can in turn take martyrs back from war and make them men again.

You can watch the panellists’ presentations here. 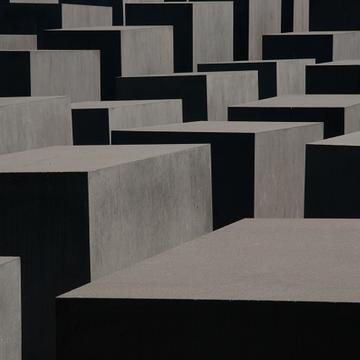