Megan Hughes is reading for a DPhil in French Philosophy at Balliol College, University of Oxford. Their research uses existential phenomenology to study the lived experience of illness, of queerness, and of other forms of bodily otherness. In this blog post, Megan examines how the dynamic of effacing queerness at work in Call Me By Your Name points to a wider phenomenon of neutralizing queer art and its radical potentiality. In so doing, they argue that the de-queering of queer art has lethal consequences for the very communities it claims to represent.

In the last few years, we have witnessed an increase in the output of queer cinema. The institutional success of portrayals of that kind of queerness which are so often ignored–of being black and gay, as in Moonlight, of being a transgender woman, as in A Fantastic Woman–is symptomatic of this shift. And yet queer films remain rare. Queer films which achieve the kind of viewing figures and critical acclaim we have seen for Call Me By Your Name are rarer still. For those films that bring queer love into the limelight, the stakes are desperately high. Queer people are still being killed, and are still killing themselves, and the articulation of queer lives in art can act as a catalyst for social change. This is precisely why Luca Guadagnino’s film is so important. It’s also why queer audiences should be profoundly disappointed with what he has produced.

Cinema that explores queer themes doesn’t have the luxury of being apolitical. No film which portrays gay love can refute its significance as a cultural, aesthetic and socio-political object. In fact, to produce a film like Call Me By Your Name is an eminently political act. There can be no neutral portrayal of love and sex between two men when queer people and queer bodies are still subjected to symbolic, ontological and material violence at every level of society.

And yet Call Me By Your Name has tried its hardest to avoid being a queer film. It has sought to eschew its queerness and as such its political significance. Guadagnino has talked extensively about his hope that the film might transcend societal divisions along sexual and gender lines to affect gay and straight audiences alike. For him, Call Me By Your Name is about ‘the blossoming of love and desire, no matter where it comes from and toward what.[i]’ He goes on: ‘I didn’t want the audience to find any difference or discrimination toward these characters. It was important to me to create this powerful universality, because the whole idea of the movie is that the other person makes you beautiful — enlightens you, elevates you.’[ii]

Critical acclaim of the film has also tended to focus on the ubiquity of its narrative. The Guardian asserted that the film was worthy of Oscar success on the grounds that ‘it beautifully conveys the universality of a specific human story.[iii]‘ A Rolling Stone piece applauded the film’s exploration  of those things that ‘matter to all of us, regardless of sexual orientation, when we're gutted for the first time by that thing called love.[iv]‘ In The Washington Post, the film is praised for conveying a story whose ‘contours are familiar to anyone who can remember their own sentimental education...[v]’ At least on some level, Guadagnino has succeeded in effacing the political dimension of an undeniably queer plotline in order to repackage gay love for consumption by mainstream–straight–audiences.

It should be acknowledged that André Aciman’s original novel flirts with the idea of love’s universality. Its narrator, Elio, describes kissing Oliver and how ‘[he] began to feel that [they] were not even two men, just two beings.[vi]’ Yet the book doesn’t shy away from its queerness, embracing a portrayal of love and sex between men which is deliberately and resolutely queer. By examining the disparities between Aciman’s novel and its adaptation, then, we might localise and unpick the dynamics of de-queering which have shaped the film’s production.

In perhaps the most iconic scene of the film, Elio masturbates and brings himself to orgasm using a peach. Many have argued that this is an example of the film not shying away from its integral queerness. Indeed, the depiction of deviant sexual practices and Elio’s tragic self-interrogation– ‘I’m sick, aren’t I?’–offer a rare glimpse of the abjection and disorientation proper to queer self-realisation.

However, if we compare this cinematic depiction of the scene to that of the original text, it becomes clear that even where the film ostensibly embraces its queerness, it is, in fact, presenting us with a sanitized, palatable form of desire between two men. Where in the film Oliver stops short of eating the sperm-filled peach, in the book he takes great pleasure in consuming the fruit. Also absent from the film is Elio’s desire to kiss Oliver while consuming the peach: ‘His mouth would taste of peaches and me.[vii]’ Here, we can clearly delineate the frontiers which distinguish tolerable expressions of queer sexuality–those which can be depicted without sabotaging the film’s marketability–and those which trespass into the abject.

This scene is indicative of a wider logic of neutralizing the latent queerness of a love story between two men which is at work in Call Me By Your Name. Guadagnino’s decision to avoid including explicit sex scenes– ‘I didn’t want something that could be exploitative, sensationalist, or even involuntarily ridiculous.[viii]’–contrasts sharply with the shame and discomfort of anal penetration that Elio evokes in the novel: ‘... each time we’d try to sit somewhere I would hurt. The indignity of it.[ix]’ These disparities point to a paradox at the heart of Guadagnino’s project. On the one hand, the film posits itself as a novel exploration of queer love in order to set itself apart from other love stories and, at least theoretically, from other queer films. On the other hand, in its pursuit of novelty, in its attempt to present love between two men as universal, the film sheds its queerness to adopt the paradigms of heterosexuality.

Crucially, given that Call Me By Your Name is a film which depicts sex between two men in the mid-1980s, there is a marked absence of references to the AIDS crisis. In the novel, Elio explicitly poses the ‘health question’, to which Oliver replies: ‘I already told you so, I’m okay.[x]’ Guadagnino’s adaptation simply disregards the issue. Critics have lauded Call Me By Your Name precisely for its avoidance of the kinds of tragedy which are common to queer cinema. In fact, The Guardian’s Ellen E Jones argued that the film deserves Academy Award recognition precisely because it ‘[allows] Elio and Oliver to escape the usually devastating consequences that cinema dishes out to its gay protagonists. Not only is Elio not struck down by a life-limiting illness, persecuted by unjust laws or turned out on the streets, he enjoys the support of a loving, emotionally intuitive family.[xi]’

Here, we see how the paradigm plays out: by avoiding discussions of AIDS, by sidestepping the tragedy so common to queer experience, the film gives us a superficial portrayal of love and sex between two men which is queer in nothing but name. Queer lives are tragic. To be queer is to have lurched from one ontological impasse to another. It is to have lost friends and lovers. It is to have felt the profound existential agony of realising a self which lies outside of the norms established through cisheteropatriarchy. Hence Call Me By Your Name’s charm–it’s ‘novelty’– is ultimately its undoing.

In effacing the unspeakable–the sexual desires and acts deemed too distasteful for consumption by a mainstream audience–Guadagnino has effectively purged the film of its queerness. The irony here is that his attempt to render love between two men accessible to a straight audience by making it ‘universal’ has placed genuine communication and empathy out of reach. Indeed, the radical praxis of queer art is precisely in its capacity to convey lived experiences in the margins to those outside of them. It is not, therefore, by emulating, but by rejecting heterosexual romantic paradigms that queer sex and love might truly be articulated in some meaningful way.

This is more than just a missed opportunity. Given the significance of queer films, and in particular those which achieve such mainstream success as Call Me By Your Name, the de-queering of the narrative is lethal. It plays into a wider dynamic of sanitizing queerness, a will to strip it of its abject elements, to make it socially palatable. We are witnessing the shifting of norms, the integration of certain privileged queer identities into mainstream society, and thus the generation of new margins within the queer community.

The film’s protagonists–cisgender, able-bodied, beautiful men whose Jewish heritage is downplayed–fit neatly into these new norms. Performing a sterilized queer sexuality, they symbolize and substantiate the establishment of these norms and the marginalization of those queer people whose lives and identities are still seen as deplorable. In a sense, then, there is tragedy at the heart of Call Me By Your Name. Indeed, what could be more tragic than the realization that the film’s queerness–its radical potentiality–has been not only neutralized, but turned against the very community who it was supposed to represent?

Lee, Ashley. ‘Why Luca Guadagnino Didn't Include Gay Actors or Explicit Sex Scenes in 'Call Me By Your Name' (Q&A).’ The Hollywood Reporter, 8 Feb. 2017, www.hollywoodreporter.com/news/call-me-by-your-name-why-luca-guadagnino-left-gay-actors-explicit-sex-scenes-q-a-973256.

Jones, Ellen E. ‘Why Call Me By Your Name Should Win the 2018 Best Picture Oscar.’ The Guardian, 20 Feb. 2018, www.theguardian.com/film/filmblog/2018/feb/20/call-me-by-your-name-2018-best-picture-oscar-should-win-luca-guadagnino-timothee-chalamet.

[i] Lee, Ashley. ‘Why Luca Guadagnino Didn't Include Gay Actors or Explicit Sex Scenes in 'Call Me By Your Name' (Q&A).’ The Hollywood Reporter, 8 Feb. 2017, www.hollywoodreporter.com/news/call-me-by-your-name-why-luca-guadagnino-....

[v] Hornaday, Ann. ‘Review | 'Call Me By Your Name' Is among the Best Movies of the Year.’ The Washington Post, WP Company, 14 Dec. 2017, www.washingtonpost.com/goingoutguide/movies/call-me-by-your-name-a-summe.... 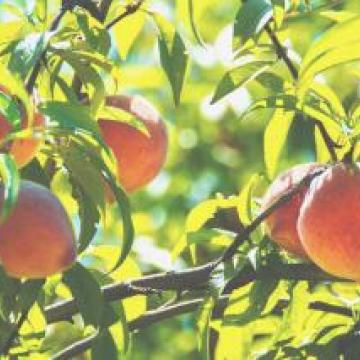