China Calling: Race and recognition in a borderless realm

Days afterward, my Facebook feed was still abuzz with the news: the Chinese government had decided to offer‘foreigners of Chinese origin’ permits to live and do business there for five years, a significant expansion of its previous one-year visa programme. All one had to do was to prove Chinese citizenship for any parent, grandparent, or ancestor, with no limit to the number of generations prior.

I scrolled clear of these articles as far as possible, but in an unguarded moment, one video by the South China Morning Post – which has now been shared over ten thousand times – began to play. ‘Are you ethnically Chinese?’ the text read, over a picture of a smiling woman holding a smartphone: ‘China’s calling’. Subsequent frames ranged from a man in a Mao-era cap to a glitzy time-lapse of Shanghai’s skyline. The new policy, declared the video, was designed to ‘encourage overseas Chinese to participate in China’s economic development’.

So far, so ordinary. As I understood it, all this was in line with China’s recent attempts to woo what it imagined as a long-lost diaspora. What I didn’t expect were the more than 1,600 comments left on the video in a host of languages (I picked out Tagalog, Malay and Thai, among others), which captured the excitement, scorn, and confusion of ethnic Chinese worldwide as they heard the news. Though many ‘tagged’ friends and relatives directly, their comments also spoke across to each other’s, and three key dynamics were immediately observable.

On one level, netizens were forced to reckon with China’s claim on their ‘Chineseness’ within Facebook’s presumptively borderless space. Some hit back by asserting the benefits of their current nationalities vis-à-vis the PRC: ‘Don’t want to be told how many cars I can own or how many kids I can have’, read one comment, accompanied by a Malaysian flag. ‘China is for The Chinese’, said another, ‘[but] the United States is for Everyone!’ Others pointed out that ethnicity didn’t translate seamlessly into a sense of belonging: ‘I was back 3 month ago, [but] I feel like a tourist having to use translator and not knowing how to speak [Mandarin]’. Personal experience gave these commenters the resources to nuance, and hence counteract, an ancestry-based claim to their allegiance.

At the same time, netizens were made to confront the uneasy balance between race and belonging in their own communities. After all, calls for co-ethnics to join a racial ‘homeland’ invariably play on the exclusion many experience in their countries of residence: ‘[at least] we are welcome there,’ said one wistfully. Others obviously retained a keen sense of their emigrant heritage, suggesting a strong diasporic consciousness. One respondent’s ancestor ‘moved to Malaya during Qing Dynasty Taiping Civil War’; a good number reached even further back. Such stories, however, were interspersed with accounts of the more complicated realities of mixed-race settings: would anyone with Chinese ancestry be welcome? ‘Theres a few people i know that can do this but they're like 3/4 black’, one Ohio-based commentator mused. ‘Why would they make their life harder?’

Finally, regardless of each netizen’s response, a more fundamental dynamic of recognition was at work. In her ethnography of Muslim French in Paris, the anthropologist Mayanthi Fernando described ‘interpellation’ as the process by which ‘the individual is constituted as a subject […] by recognizing [herself] as the subject being hailed’. As much as an announcement like this signalled China’s desire to wish a national diaspora into existence, it hinged at deeper level on individuals’ propensity to recognize themselves as (ethnic) Chinese. In other words, whether in jest or in earnest, with eagerness or disavowal, anyone who responded personally to the video was already showing a willingness to see themselves as primarily ethnic beings, and thus identify with its ethnically-defined target community.

China is not the first powerful nation-state to lay claim to either a racial narrative or a global diaspora, and will certainly not be the last. As global events re-make both countries and their constituents, sites of serendipity and encounter – on the internet as ‘in real life’ – can not only reveal the ways we see each other, but remind us of how we see ourselves.

Citations and texts for futher reading:

Having recently completed an MSc in Refugee and Forced Migration Studies at Oxford University, Theophilus Kwek is based in Singapore as a writer, editor and researcher. He has written on migrant issues for IRIN, The Diplomat, the South China Morning Post, and the Singapore Policy Journal, among other platforms. He also serves as Co-Editor of Oxford Poetry.

Race and Resistance is always looking for new contributions to our blog. If you would like to write a piece, or if you have a response to a blog entry you have read here, please e-mail the blog editor, Annie Castro at anne.castro@mod-langs.ox.ac.uk.

The viewpoints expressed in Race and Resistance are those of the individual contributors and do not necessarily represent the views of the University of Oxford. 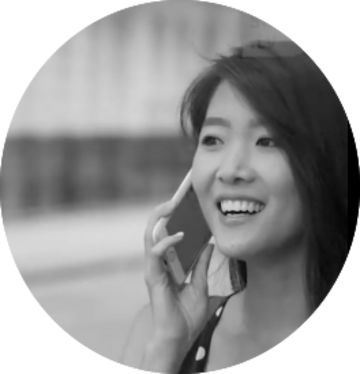