The pandemic of COVID-19 is often called “unprecedented” – and for many people cooped up in their homes in different countries, the experience is both unparalleled and challenging. But in late-medieval Europe, individuals self-isolated professionally. Some people – women particularly – permanently withdrew from society to live walled in, alone in a room attached to a church.

Guides for, and texts written by, these female “anchorites” – as the women were known – from Britain and continental Europe give us descriptions of their way of living and recount their reflections. So what can these medieval women teach us about how to cope with self-isolation?

These anchorites chose to be confined in these cramped cells for many reasons. According to medieval religious culture, a life of prayer on behalf of others vitally supported society. Isolation empowered women to express their love for Christ, and minister to their fellow believers through their prayers and counsel. Anchorites were even presented as possessing “super powers” of interceding for the deceased in purgatory.

Furthermore, in the late Middle Ages, devotion among laypeople – people who are not clergy – flourished. Life as an anchorite offered laywomen an option to express this piety, but offered more freedom for individual contemplation (and solitude) than a nun’s life.

Warnings in guides for anchorites also hint at less spiritual motives. Life as a recluse, paradoxically, situated anchorites at the heart of their communities and could transform them into religious celebrities. Their cells often faced busy roads in bustling cities and doubled as a bank, teacher’s cubicle, and storehouse of local gossip. 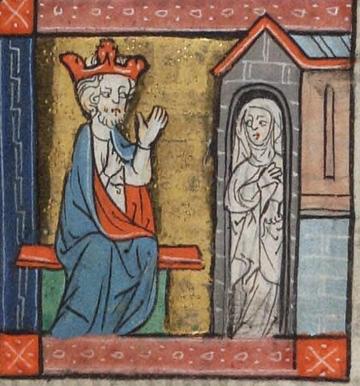 The 13th-century, medieval English guide for female anchorites, Ancrene Wisse, warns recluses not to look for comfort. Instead, the anchorite should remind herself that she was enclosed not just for her own benefit, but for the sake of others too.

She is told to “gather into your heart all those who are ill or wretched” and “feel compassion”. By self-isolating, the anchorite “holds [all fellow believers] up” with her prayers. Now, nurses and doctors are urgently calling for a similar commitment from the public, when begging “Stay home for us.”

The Wisse’s advice has a flavour that feels equally relevant today. Self-isolation may be easier to bear if instead of seeing it as a stretch of boring but comfy nights in, you recognise it as an unpleasant, stressful experience – but also visualise all the people whose health you are protecting by staying home.

The earliest-known English woman writer, Julian of Norwich(c.1343–c.1416) – an anchorite – likewise encouraged readers to acknowledge their own vulnerability, but suggested perceiving it as a strength. She assured readers in her late 14th-century or early 15th-century text, A Revelation of Love, that suffering and difficulties will not defeat them: 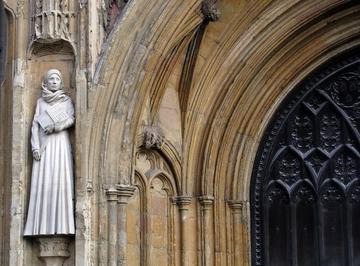 Julian promises that readers will experience emotional turmoil during any crisis but will ultimately conquer it. This promise parallels modern survival psychology. When adapting to life during a crisis, acknowledging the challenging circumstances as forming one’s real life now is essential. Yet one should simultaneously remember that one is doing one’s utmost to return to a better, pre-crisis style of living. Only by acknowledging our vulnerability – both physical and mental – and consequently taking action to protect and care for others and ourselves, will we make it through.

According to manuals for anchorites, they should guard their metaphorical windows (their five senses) and actual cell windows, to prevent falling into temptation and being distracted from their prayers and meditation. The Wisse declares: “disturbance only enters the heart through something … either seen or heard, tasted or smelt, or felt externally.”

The world held me in its power
with its manifold snares
it deprived me of my strength.

Yet this nervousness about the effect of sensory input can also be understood as a medieval analogue to a warning against fake news or anxious over-consumption of news. Several guides recommend having a female friend scrupulously guarding the anchorite’s window, refusing to allow access to visitors who spread gossip and lies. Social media today can be a little like such visitors. 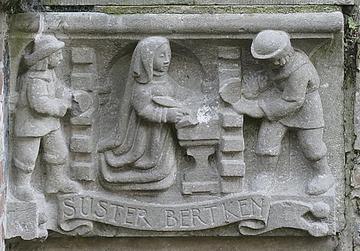 Anchorites and writers of manuals for anchorites also reflected upon how to keep sane. Keeping occupied prevents one from climbing the walls. British Cistercian monk, Abbot Aelred of Rievaulx (1110-1167), tells his sister, an anchorite, in A Rule of Life for a Recluse that: “Idleness … breeds distaste for quiet and disgust for the cell.”

Routines are key. Anchorites recited sequences of prayers, psalms and other Bible readings at fixed points of the day. According to modern survival psychology, dividing a problem or stretch of time into manageable steps is crucial when faced with a crisis. Equally important is performing each step one by one, never looking further ahead than the next step.

Mentally absorbing hobbies, such as crafts, gardening or reading, are another time-honoured strategy for dealing with self-isolation. After recommending sewing clothes for the poor and church vestments, the Wisse assures anchorites that keeping occupied will shield their minds against temptation:

For while [the devil] sees her busy, he thinks like this: ‘It would be useless to approach her now; she can’t concentrate on listening to my advice.’

These suggestions are easily translatable to today. After all, according to survival psychology, performing manageable, directed actions with a purpose is crucial in crises. Incidentally, the Wisse also recommends keeping a cat.

On the one hand, self-isolation can feel limiting – Julian of Norwich also felt that: “This place is prison,” she said, referring either to earthly life or her cell. But the cell’s cramped space also granted medieval women a paradoxical, spiritual freedom. In his letter to the anchorite Eve of Wilton, the 11th-century monk Goscelin of St Bertin exclaims: “'My cell is so narrow,’ you may say, but oh, how wide is the sky!”

This article was originally published in The Conversation.

For more medieval matters from Oxford, have a look at the website of the Oxford Medieval Studies TORCH Programme