In Hilary Term, CPAGH collaborated with the Pitt Rivers Museum for an object handling afternoon on the ever-topical theme of migration and global ports, but with an added new spin on it. 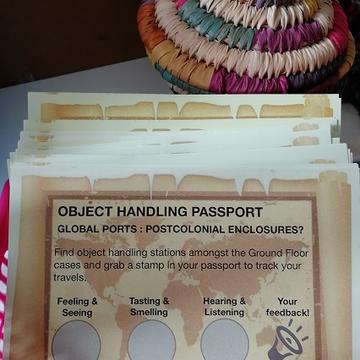 In light of CPAGH’s interest in global migratory moments, in particular their hidden subjectivities, the network’s aim was to recapture these moments through the senses, with three sensory-themed stations – tasting/smelling, seeing/feeling, hearing/listening – planned for the afternoon and staffed by CPAGH’s co-founders. Working in pairs, the team gave stimulating short talks on featured museum objects, animating through the senses such entwined phenomena as trade, slavery and colonial collecting practices. The need to adaptively engage with visitors from various age groups, and from such diverse origins as China, France, Russia and the United States, meant creatively improvising the talks beyond academic speak. To enhance their multi-sensory experiences – not just with the objects, but also, with their navigating of colonial ports and global history – the visitors were given ‘object handling passports’ to stamp on as they made their way from one station to another. Similar to the launch and the conference, this event was free and open to all, and very well received judging from the (anonymous) written feedback.

The Pitt Rivers Museum is eager to grow its partnership with CPAGH, and indeed, both are keen to work together again in the near future. 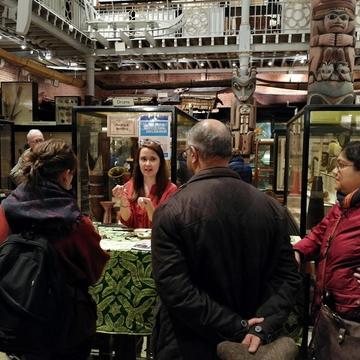