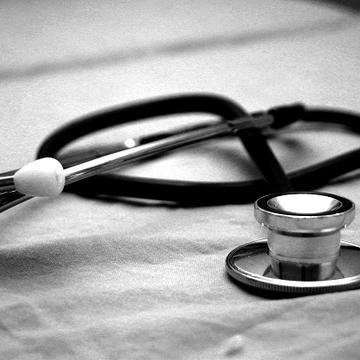 The voice can be affected by a range of disorders, ranging from Parkinson's disease and strokes to spasmodic dysphonia, a condition in which the muscles of the vocal cords move abnormally.

These different disorders all change the sound of patients' speech in different ways, but it's very difficult for a listener to identify the underlying condition.

Dr Ladan Ravary, a phonetics expert who is a Knowledge Exchange Fellow at TORCH has developed software which can analyse a brief phone questionnaire, searching for the characteristic signs of a range of conditions.

Volunteers in the study were asked to perform a series of tasks: to say "ahhh" for as long as they could, to recite different example sentences, and a basic memory test. Recordings of their speech were then compared, looking mainly at the difference between speech from volunteers who were healthy and those who suffered from Parkinson's.

'We have found that different features can indicate different disorders,' said Dr Ravary. 'The software primarily looks at the tone, pitch and dynamics of speech, as well as the ways different sounds are produced, but we have introduced a cognitive aspect as well. We included a simple memory test, in which volunteers were asked to recall a list of numbers.

'Other tests can be used to test different aspects of reasoning ability. It can be difficult to measure some cognitive changes, and to associate them with any one disorder, but using voice analysis in addition can provide additional clues.'

Neurological diseases such as Parkinson's and Alzheimer's diseases are currently diagnosed in a clinic, where the patient's speech may be analysed by a specialist, but additional tests are performed to check cognitive function and general motor control.

The patient may suffer early symptoms of these conditions for many years before they are diagnosed, so any source of data which can provide doctors with more timely information could enable early diagnosis and appropriate treatment. Dr Ravary also thinks that the nature of the test will encourage people to visit their GP sooner.

'We know people sometimes put off going to the doctor even if they have early signs of these illnesses. With this system, they can call in and will receive some quick feedback to encourage them to make an appointment for a clinical diagnosis.'

Although the research has focused on Parkinson's disease, Dr Ravary says the same principles could be used to aid in diagnosis of any disease that affects the voice, and could provide an alternative to invasive and inconvenient procedures.

'The patient doesn't need a smartphone or any kind of additional equipment - if they have access to any kind of phone, they can call in,' she said.

Because the test is done remotely, it could be particularly useful for people with spasmodic dysphonia. They need regular injections to enable the muscles of the larynx to function properly, but it's difficult for doctors to know when the effects will begin to wear off and when the next injection will be needed.

'Rather than having to go back and forth to the clinic, patients could call in to have their voice analysed remotely,' said Dr Ravary.

To develop the system, Dr Ravary used machine learning to help differentiate the profile of changes associated with disordered speech. The computer is given a "training set" of data - in this case, recordings of volunteers with and without Parkinson's.

It analyses the training set to detect common features. It then looks at a "testing set" of recordings and tries to work out the probability that each one comes from a person with Parkinson's disease.

However, there were technical challenges. 'The system has to be able to compensate for losses over the phone line,' said Dr Ravary. 'The restricted bandwidth means that some information is lost, but we can still find out a lot from what we have.

'People's voices may sound different over the phone, but you can usually still detect their emotions, state of mind, or if they're sounding a bit unwell, for instance! In the same way, the software can gather enough information to take the different measurements which it uses in its analysis.

'We also had to develop a way of screening calls so that, for instance, if people called on a very bad mobile line we could warn them straight away rather than processing a very distorted sample.'

Dr Ravary has partnered with Aculab Cloud and OperaVOX for this project as part of a Knowledge Exchange Fellowship with TORCH - a scheme which connects researchers in the arts with partners in industry.