The Iraqi-American poet Dunya Mikhail is one of the panelists in our first workshop in the Textual Strand: Poetry and Life-Writing.  Mikhail was born in Baghdad and worked as a journalist before fleeing Iraq in 1996.  Her works include the collections Diary of a Wave Outside the Sea (written during and after the Gulf War of 1991 and translated into English in 2009), The War Works Hard (written between 1985 and 2004 and translated in 2005) and The Iraqi Nights (written in 2013 and translated in 2014).

Mikhail speaks and works in Aramaic, Arabic and English.  Her Arabic poems have been translated into English by Elizabeth Winslow (The War Works Hard) and Kareen James Abu-Zeid (The Iraqi Nights) and by Mikhail herself.  But the original language is never left entirely behind.  Cursive Arabic is visually present in Mikhail’s texts in intercalated illustrations, while Arabic metre and poetic form constitute a residual, if broken, template behind her free verse.

Diary of a Wave Outside the Sea is a compendium of memories.  This is remembering as the desperate act of preservation of a way of life torn asunder—daily life, writing life—a disconnected gathering of recollections.  ‘The streets crawl, intersecting in the veins of my hand,’ writes Mikhail, ‘How can I arrange these things / in my memory?’  The answer is a non-arrangement, a discontinuous assemblage of scenes and images that mimics the haphazard nature of things coming to mind.

‘What does it mean,’ asks Mikhail in ‘Bag of Bones’, the opening poem of The War Works Hard, ‘To give back to your mother / on the occasion of death / a handful of bones / she had given to you / on the occasion of birth?’  There is no answer except to reflect on what is compacted in this infernal image: a person returned as unwanted; life’s most precious creation casually destroyed.  And this, unbelievably, is not the worst of it, for the mother handed her child’s bones is luckier than the neighbour ‘who has not yet found her own’.

In The Iraqi Nights, Mikhail creates an Iraqi Scheherazade and reaches back to the ancient history and mythology of Mesopotamia.  In ‘Your E-Mail’, the appearance of a loved one’s name on the computer screen conjures up the goddess of love and war:

Ishtar comes back to life

to sing a song

for the wrecked cities

The wrecked city of Baghdad is evoked with delicate fragility in ‘A Half-Burned Page on Al-Mutanabbi Street’, which traces the fragmentary aerobatics of a scorched piece of paper—a page from The Ring of the Dove, a treatise on love by the 11th-century Andalusian poet and polymath Ibn Hazm.  The ‘floating page’, a sign of cross-cultural richness under threat of destruction, might be one of Mikhail’s own leaves of poetry. 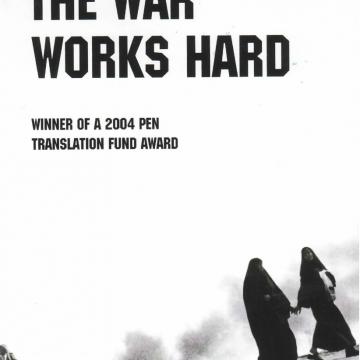