Regretfully, I bring the series to an end with this, the twenty fourth post.  Almost all the early-attested Greek names that have entered the modern anglophone name stock have been covered.  Some other very familiar names – such as Michael, Paul, Ioannes (John), Loukas (Luke), Thomas, Anna – appear in LGPN, but are not Greek by origin.  Most of these are Semitic names that enter Greek late with the rise of Christianity; Paul is Latin and gains popularity for the same reason.   Andreas (Andrew) is a not uncommon Greek name, but its later success is owed to Jesus’ first disciple, who is unlikely to have been so named at birth; might it be a Greek rendering of a Semitic name, a bit like ‘Simon’ and ‘Jason’ as discussed in earlier posts? (Details on request!)  Agatha (meaning ‘good woman’), Ambrose (Ambrosios), Basil (Basilios) and George (Georgios) are true Greek names but were rare in antiquity; they did better later because one of their few bearers was a saint or martyr.  Some names that appear in LGPN bear their Christian origin on their face: Christophoros (again featured in an earlier post) obviously, Anastasia (based on anastasis, ‘resurrection’), probably Gregory (cf. grēgoreō, be watchful).

Several rare Greek names make brief appearances in modern naming.  It comes as a shock to learn that Effie Deans in Scott’s Heart Of Midlothian, daughter of an insufferable old Covenanter, is a Euphemia (‘Fair Speech’); but Withycombe’s Oxford Dictionary of English Christian Names, helpful as always, explains that the name (adopted originally in honour of a Bithynian martyr) flourished and flourishes in Scotland, usually abbreviated as in Scott.  That same prefix Eu, ‘fair, fine’, predictably starts many Greek names, and several others jostle Euphemia in Withycombe: Eugene, ‘well-born’; Eunice, ‘of fair victory’; Eulalia, ‘sweet speaking’; Eusebius, ‘pious’; Eustace, meaning unclear, from St Eustachius.  Eulalia and Eusebius have never taken hold, but Eugene (Gene) does well in the USA, and Eunice (originally trisyllabic, Eu-ni-kē) was once popular enough to evoke C.M. Yonge’s censorious remark ‘unfortunately usually pronounced among the lower classes after the most ordinary English rules of spelling: Younice’ (I cringe to recall that this is how we referred to my own great-aunt of that name). The monument shown here is that to Sir Eubule (‘of good counsel’) Thelwall, principal of Jesus College, Oxford in the 17th c.  For a string of other names variously deriving from Greek see the entries Cyril, Hermione, Iris, Margaret, Melissa, Phoebe, Sibyl in ‘Greek Names in English’ on the LGPN website (none of them featured as ‘Names of the Month’ because very rare in Greek).  A puzzling case is Doris, name of a sea-nymph in Homer but otherwise rare in antiquity, first appearing in English in the early 19th c. and booming in popularity late in that century.

In Greece today, names of eminent historical figures from antiquity (and even goddesses!) are in current use.  I have gradually got used to writing e-mails to ‘Dear Miltiades’ - not the victor of Marathon, but a great contemporary epigraphist.  Alexander is the only such case I can think of in anglophone naming.  But I conclude with an example in the feminine which I borrow, as so much else, from C.M. Yonge (History of Christian Names, new edition 1884, 60).  The cultivated Milesian courtesan Aspasia was mistress and supposed inspiration to the great Athenian politician Pericles.  In the 18th c., when classical soubriquets were popular, an educated lady might be referred to as Aspasia.  But, ‘it has even been heard as a Christian name in a cottage’, writes Yonge. “Her name’s Aspasia, but us calls her Spash”’. 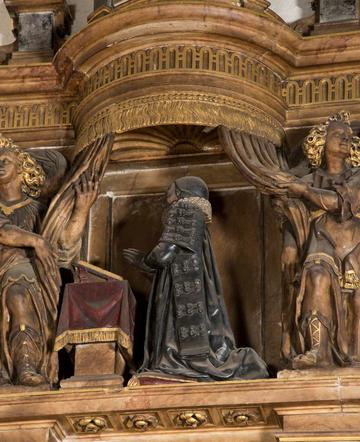