Fireworks or fizzling out: How epidemics end? 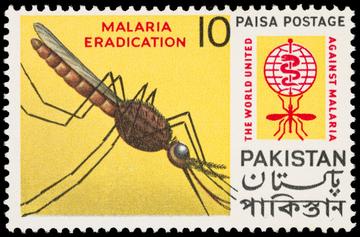 When will this all be over? As the number of COVID-related infections, hospitalisations and deaths reported in the UK continues to fall, the chorus grows ever louder for the abandonment of restrictions on everyday activity.

Summer holidays in Spain, crowded sporting arenas and nightclubbing, are held out as examples of normal life to which we can look forward. But, for many, it is the more mundane life they miss: meeting friends and relations indoors, having a coffee in a coffee shop, going to the library or cinema.

But the question of when the pandemic (or epidemic) is over is not as simple as it might appear.  It is a medical question, but determining what is an epidemic and when it has ended is also a political and social question.

In the past, epidemics have ended in a variety of ways...sometimes the illness has gone but sometimes people have learned to live with it

In the past, epidemics have ended in a variety of ways – some in which the illness has gone and others in which it has not, but people have learned to live with it.

Oxford Historian Dr Erica Charters is leading a project looking at these complex questions. Some 40 researchers, from more than a dozen universities across the academic spectrum, have come together to study - ‘How Epidemics End’.

The team includes experts in a variety of past events which have wreaked havoc around the world – from the plague to TB to HIV/AIDs to cholera.. And this week the team is releasing a series of videos discussing what has happened in past epidemics.  The first three videos compare how different researchers study cholera and its ending, explaining the cholera epidemics which devastated countries including England in the 19th century, but more recently, Yemen.

‘We have asked the question: how did epidemics end?’ says Dr Charters. ‘We have brought together longer term reflections on this and looked at the different ways of distinguishing the end – looking at epidemiological and mathematical models alongside political and social questions.

’But there is no one answer. Everyone wants certainty and answers but it is not just a decision about a disease but a political decision: what will people live with?’

Everyone wants certainty and answers but it is not just a decision about a disease but a political decision: what will people live with?

In January, Dr Charters and Dr Kristin Heitman wrote, ‘Detailed research on past epidemics has demonstrated that they do not end suddenly; indeed, only rarely do the diseases in question actually end.’

Dr Charters points out, ‘In the past, epidemics have ended in one of three ways.

As the numbers of infections continue to fall in the UK, although other countries are still experiencing severe illness, COVID appears to follow the pattern. But Dr Charters warns against ‘false endings’. And the historian, who specialises in the history of medicine, points out that some diseases may be considered an epidemic in some parts of the world but may be common elsewhere,  ‘Malaria is endemic in large parts of Africa but if there were cases in England, it would cause alarm.’

It is this sense of alarm which underpins the pandemic (which is an epidemic on a global scale).  The January paper maintains, ‘Epidemics—like the recurring narratives they produce—throw a society's confusion, fears, and anxieties into high relief.’

It continues, ‘When communities are thrown into panic and turmoil by the outbreak of a new disease, when medical committees are convened and central governments spring into action, epidemics are understood in clear biological terms.... But at the end stages of epidemics, the disease is regarded through the filter of political, social, and economic dislocation—dislocations that have deepened as the epidemic progressed—articulating the processes by which policy decisions are debated and implemented, and the accommodations between scientific models and human behaviour.’

The World Health Organisation categorises it as a public health emergency of international concern. But, from a global perspective, it means different things to different groups at different times – not just as the disease spreads around the world but because within the same country, different groups will experience a disease differently.

So the end will also be different for different peoples. Dr Charters says, ‘It is unlikely that there will be a single end date.’

There may be biological markers, suggesting a decline in infections or excess deaths. People tried to track these in 17th century England, when the number of plague deaths fell and the population returned to London – rather prematurely.

But, says Dr Charters, in general, the end of epidemics can be traced to ‘when people resume social practices’. She adds, ‘When the city gates opened and groups returned.’

In general, the end of epidemics can be traced to when people resume social practices. When the city gates opened and groups returned

And she notes, there is also a falling off of evidence – as people stop recording the impact of the disease and go back to their previous occupations.

According to the article ‘How epidemics end’, ‘Epidemics end once the diseases become accepted into people's daily lives and routines, becoming endemic—domesticated—and accepted. Endemic diseases typically lack an overarching narrative because they do not seem to require explanation. More often, they appear as integrated parts of the natural order of things.’

But, says Cr Charters, one of the research team points out that there have just as often been celebrations and thanksgiving to mark the end of epidemics - that they have not just fizzled out.

Endings were not always quiet,’ she says. ‘There have been celebrations and fireworks, thanksgiving...but most epidemics have ended when people just returned to their lives.'