Oxford local turned international artist Gaz Coombes will release his Sheldonian Live EP on Friday 20 December featuring songs recorded live at a charity concert at the Sheldonian Theatre earlier this year. All proceeds from the record release will be donated to local charities.

The concert in May 2019 saw Gaz and his band perform a bespoke set with the 42-piece ‘Hot Fruit Orchestra’, made up of students, professors and alumni of the Oxford University Faculty of Music. The Hot Fruit Orchestra was a ‘scratch orchestra’ – none of the musicians had played together before. Speaking of the collaboration, Coombes said:

It was such a seat of the pants performance on the night, but that's how I like it...that's when strange and magic things happen. We only had a couple of run throughs on the day with arranger Luke Lewis, the orchestra. I felt we were all playing on instinct, propelling each other forward. In that setting, with the lights and orchestra, It kind of felt like Christmas...in May.

In a 5/5 rated review of the concert for The Oxford Mail, journalist Tim Hughes wrote

the hairs on the back of every neck must have pricked up for one of the single greatest Oxford musical moments of all time.

The response from the players and the audience was equally as enthusiastic. Professor Gascia Ouzounian who performed at the concert said

This was an extraordinary opportunity for students and staff from the Faculty of Music to play alongside Gaz Coombes, one of the world’s finest singer-songwriters, in the Sheldonian, an historic building, with gorgeous orchestral arrangements by composer Luke Lewis. The concert not only raised funds for two very worthwhile causes, but it did so in style: every person in the hall felt the power and beauty of Gaz’s music, which he played to perfection and which was taken to new heights through Luke’s imaginative arrangements. A memorable night.

I really enjoyed the fusion that took place in the Sheldonian that evening - the chance to play my violin at an orchestral desk, but accompanied by guitars, drums, synthesisers, and of course Gaz Coombes’ sensational vocals’.

The concert celebrated the 350th anniversary of the iconic Sheldonian Theatre, designed by Christopher Wren, and raised £7,500 for two local charities; The Young Women’s Music Project and Yellow Submarine. Young Women’s Music Project (YWMP) is an educational charity that provides an inclusive and supportive space for young women to make music together, learn new skills, express themselves, and grow in confidence. Zahra Haji Fath Ali Tehrani, the Director of YWMP, said that the concert was a first in the way it “showcased local musicians” in a prestigious venue, “shedding light” on the charity’s work in Oxford.

Yellow Submarine works with people with learning disabilities from the age of 11 into adulthood, building trust and instilling life-long skills so that its young people can access mainstream services, socialize independently and engage in meaningful work. Yellow Submarine’s Alice Knibbs was “extremely grateful” that the concert gave the charity not only funds, but the opportunity to share their story.

The venue was provided for free as part of the Sheldonian Theatre Curators' 350th Anniversary Community Engagement Scheme - a way of allowing the community and different groups of people to access the historic building.

Previously Gaz released his album World’s Strongest Man back in 2018 which was the follow up to 2015’s Matador. It transported Gaz from ‘former Supergrass frontman’ to hugely respected Mercury and Ivor Novello nominated solo artist in the space of ten months. Earlier this year he released Salamander, written and recorded by Gaz at his Oxford studio. 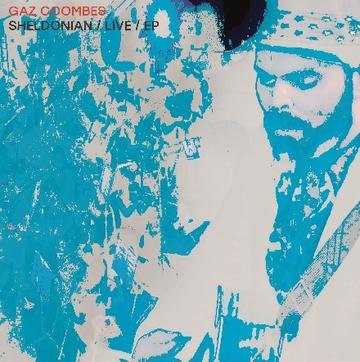 The Sheldonian Live EP, mixed by the Faculty of Music’s Studio Manager, Dan Hulme, gives audiences the chance to hear much loved songs with a new aesthetic. The EP is available to stream and download on all major digital platforms and is out on vinyl this Friday through Caroline International.

For more information on the recording, please contact Liz Green at events@music.ox.ac.uk.