How long - and how great - was the twelfth century?

Writing in 1135, the twelfth-century chronicler Henry of Huntingdon paused from his narrative to explain why he kept returning to the idea of time. ‘I have dwelt at some length on the question of the extent of time’, Henry observes, ‘because we shall lie decaying in our tombs for such a long time that we shall necessarily lose all memory of our bodily activities, and therefore we should think about it in advance’.[1] Henry had indeed thought very carefully about all the ways in which his own time might be measured. He was living, he wrote, in the 135th year of the second millennium since the Lord’s incarnation. But this could also be calculated as the 69th year from the arrival of the Normans in England; the 703rd year from the coming of the English (i.e. the Anglo-Saxons) into England; the 2,265th year from the Britons settling in the same island; or the 5,317th year since the beginning of the world.[2]

The twelfth century was intensely interested in time: in its measurement and computation; in the chronology of sacred history and the construction of genealogies; in the production of chronicles and annals; and, most importantly of all, in the ‘time’ of judgement – in when the last days might come, and how rapidly they were approaching. It seems only fitting, then, that modern historians of the twelfth century should be just as engaged with the question of time as those they study, although historians’ struggles take the form of worries about periodisation.

The twelfth century has long been heralded as a turning point in European history, a period during which the seeds of many recognisably ‘modern’ institutions were first planted. The idea was first (and famously) propounded by Charles Homer Haskins in a work of 1927, entitled The Renaissance of the Twelfth Century, which remains a key text on most undergraduate and graduate reading lists.[3] Haskins’ ‘renaissance’ was primarily associated with changes in learning, namely the foundation of schools that would grow into universities, but also with developments in government and law, whereby increasingly assertive monarchs developed increasingly sophisticated ideas about rulership. Haskins is on the offensive from the start of the book, deploying the term ‘renaissance’ as a provocative salvo. He wants to make it clear to the historians of the Italian Renaissance that their era was not the first to be interested in the classics, the idea of government, or learning.

Anyone, however, who considers Haskins’ description of a twelfth-century ‘renaissance’ excessively sunny, teleological and value-laden really ought to treat themselves to reading a work of 1907, James Joseph Walsh’s The Thirteenth, Greatest of Centuries. Walsh was not a medievalist sensu stricto, but a professor of medicine at Fordham University. The book is striking for its strident note of conviction – there is no question mark at the end of its title. Walsh begins from the proposition that ‘a historical epoch…is really great just in proportion to the happiness which it provides for the largest possible number of humanity’, an unashamedly utilitarian principle. He adds ‘that period is greatest that has done the most to make men happy’ (the gross cumulative happiness of thirteenth-century women, it should be noted, is not a major concern for Walsh, although, happily, St Clare’s ‘strongly set lips’ and ‘full firm chin’ do receive their due attention).[4] The thirteenth century gave to men the first systems of theology, medicine and advocacy (admittedly, not everyone today would necessarily agree that a proliferation of lawyers is happiness-inducing). Walsh charts the forward march of democracy across the thirteenth century – from Magna Carta to the legislation of Louis IX.

It is easy to mock such a breezy, uncomplicated and partial outline. Haskins’ take on the twelfth century was considerably more subtle and substantially better researched and argued. In the almost 90 years since its publication, Haskins’ characterisation of the century has stimulated great volumes of historical commentary, including serious debate as to whether there was any twelfth-century renaissance at all. Most historians accept, however, that there is at least one reason for recognising the period as distinctive, because twelfth-century thinkers vocalise a sense that something about their own times was fundamentally different to what had gone before.

Modern historians have also accepted Haskins’ proposition that the twelfth century, as shorthand for an era of change, lasted more than a century. Haskins’ ‘renaissance’ actually begins in 1050 and lasts until 1250. More recent historians have talked about ‘the long twelfth century’.[5] In this context, periodisation is linked to characterisation. Lengthening the century has allowed historians to capture the sense that the world in 1050 looked very different from the world in 1250 – and that something quite important must have happened in between. But opinions vary as to when that change began and ended: for Robert Benson and Giles Constable, focusing on changes in religious life, the twelfth century lasts from the 1060s to 1160s.[6] Haskins’ student, Joseph Strayer, argued that the three centuries 1000 to 1300 mark the genesis of the modern state.[7]

Historians should, and do, think carefully about periodisation, which goes beyond the history by regnal or dynastic dates that characterises many history syllabi in British secondary school education. And periodisation is tricky: I have no envy of the historians in Oxford who are tasked with deciding when period history papers should begin and end, or who must justify 1485 as the start of the early modern period and the end of the Middle Ages in Britain.

But almost all recent assessments of the twelfth century have combined both an effort to define how ‘long’ the century is, and to characterise its ‘achievements’ in some way. R.I. Moore describes the period as the ‘First European Revolution’ – but Moore’s ‘revolution’ is a far less positive term than Haskins’ ‘renaissance’. For Moore, that long twelfth century laid the foundation for the inequalities and social disparities that characterised later medieval and early modern social relations – the gulf between free and unfree, peasants and lords.[8] Moore is less than complimentary about the period in other ways too, famously categorising the era 970-1250 as representing ‘the formation of a persecuting society’, the creation of a European order which excluded and victimised outsiders – be they heretics, Jews or lepers.[9] Again, it is agreed that the twelfth century laid the foundations for structures that would cast a long shadow over European development, but not at all as Haskins envisioned.

The inherent difficulty is that all our arguments about the ‘length’ of the twelfth century are tied, to a greater or lesser extent, to value judgements. It is hard, for example, for a historian writing in her university office to say that the foundation of universities was not A Good Thing, especially if her own university can trace an unbroken line of continuity to the twelfth-century schools of the city. What to call – or how to describe – the twelfth century is a knotty conceptual problem, and not one I am able to resolve, but, as Henry of Huntingdon noted, time is well worth thinking about.

There have been two types of response to Haskins in contemporary historiography. The first is a shift away from an ideologically-charged renaissance. Some recent studies have chosen to describe what happened in the twelfth century (whatever that was) as a ‘transformation’ or series of ‘transformations’.[10] One book explains that ‘transformation’ denotes that conditions at the end of the period were different to those at the start of it.[11] But, in many way, that sort of ‘transformation’ is no more helpful than the concept of a ‘renaissance’, and comes with its own problems – not least that it verges on the platitudinous. The broader we make it, the more meaningless the term ‘transformation’ becomes: I would be surprised if any historian could point to an age in which there were no ‘transformations’, in which everything was static and unchanging. This was a point not lost on Haskins, who noted in his own introduction that attempting to coin a term to describe all the changes in Europe across the twelfth century would be ‘too wide and vague for any purpose save the general history of the period’.

The second development in modern accounts of the twelfth century has been to strike a note of pessimism. Moore, of course, finds ‘persecution’ there. Recently T.N. Bisson has coined the phrase ‘the crisis of the twelfth century’.[12] Bisson tilts at Haskins’ renaissance in his preface, treating it as a ghost that cannot be laid. Bisson claims that most ordinary people experienced the twelfth century as a time of power, stress and violence. In another take, John Cotts portrays it as an age of ‘order, anxiety and adaptation’.[13] ‘Order’ here does not come with any of the comforting associations of systematisation and progress it might have held for early twentieth-century historians. Cotts’ twelfth century – running from 1095 to 1229 – is a world characterised by tension, discontent and conflict between the real and ideal.

As medievalists have become rather more circumspect about the march of medieval progress and the democratic tendencies of medieval society, they have also become rather more sombre about the twelfth century (however long it lasted). Perhaps this turn in historiography simply represents an anxious twenty-first century state of mind, and an unflattering opinion of modern European society, for which the twelfth century may or may not be to blame.

Haskins, though, deserves the last laugh in this conversation about time. He anticipates most of the modern criticisms levelled at his idea of a ‘renaissance’ in the introduction to his book. One still refreshing aspect of his work is that he is resolutely unafraid to pin his colours to the mast. Terminology, Haskins argues, is the least of the historian’s problems. To those who are nervous about using the term ‘renaissance’, he responds bluntly that ‘there was an Italian Renaissance, whatever we choose to call it’. That sentence – rather than Haskins’ coining of the term ‘renaissance’ – is perhaps the insight that is most instructive today for modern historiography and gloomy medieval historians. The twelfth century will remain the problem middle-point between two different types of medieval Europe, whatever we choose to call it.

[12] T.N. Bisson, The Crisis of the Twelfth Century: Power, Lordship and The Origins of European Government (Princeton, 2009). 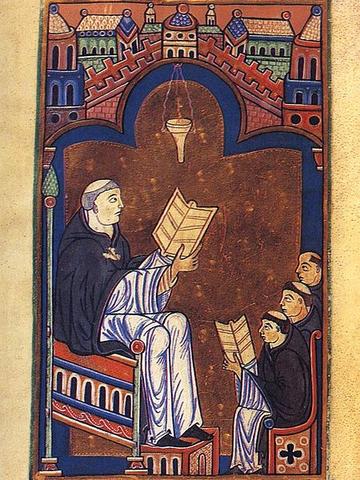