"Humanity’s War Against Infection" - Runner Up of the Under 18 Category, the TORCH Humanities and Science Essay Competition

Throughout its history, humanity has been subject to cruel and unimpeded destruction caused by infection which has claimed the lives of countless innocent souls. Then, after centuries of death, a chance discovery cast a ray of hope into the world which, due to interdisciplinary, global collaboration, blossomed into a phenomenon that turned the tide of wars, revolutionised medicine and had dramatic impacts on universal economics. However, when experts of different fields ceased to cooperate, infection was given the opportunity to arise once more. 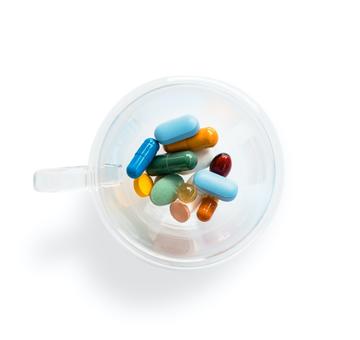 Human understanding of infection was limited to inaccurate theories including Miasma and Spontaneous Generation until Louis Pasteur’s discovery of Germ Theory in 1861. This paved the way for humanity's first weapons against infection, namely Paul Ehrlich’s 1909 ‘Magic Bullet’ (Salvarsan 606), a drug which targeted Syphilis bacteria. However, despite the development of other such drugs, certain infections remained untreatable.

Then one day in 1928, Alexander Fleming returned to his lab in St. Mary’s Hospital to find mould with a significant inhibition zone growing on a petri dish of cultured Staphylococcus aureus bacteria. This intrigued the microbiologist, who subsequently tested the mould’s secretory lysozymes, discovering these destroyed bacteria that were completely unaffected by all previous drugs. Despite this ground-breaking discovery of Penicillium notatum’s medicinal properties, Fleming was unable to purify it sufficiently for human use.

This dead-end prevailed until, a decade later, two scientists, Florey and Chain, took up the challenge and in 1940 managed to produce a purified form of penicillin which effectively cured experiment mice which had previously been infected with various bacteria. The first antibiotic had been invented.

Equipped with the formula Florey and Chain appealed to the UK government and manufacturers for the mass production of this ‘wonder drug’. However, due to the huge demands of the war effort and continuous German shelling, industries were unwilling to comply. Unhindered, Florey travelled to America where, through the art of international diplomacy and persuasion, he convinced chemical firms to begin the industrial production of penicillin, supported by US government funding. Not only that but Florey also worked with US researchers to develop a new culturing method which enabled a more efficient production of penicillin.

Back in England, motivated by witnessing the lifesaving effect of penicillin on one of his patients, Fleming began urging the UK government to also begin penicillin production. Soon newspaper companies took up the call, informing the public of this ‘wonder drug’s’ potential, and propaganda artists created posters depicting penicillin’s lifesaving value, which created hope and boosted public morale. Eventually the UK government agreed and mass production began, predominantly in large drug companies such as Glaxo.

Penicillin became a huge asset to the allied forces, for instance in preparation for D-Day in 1944 production rates were increased so plentiful supplies could accompany soldiers to the battlefield, saving an estimated 3000 lives on D-Day and a further two million throughout the war. Successful attempts were also made to prevent the Nazis from mass producing it.

Penicillin prevented the death of an estimated 15% of war casualties. This not only provided hope for the nation but also enabled wounded soldiers to recover and return to the battlefield which greatly benefiting the war effort.

Although the initial discovery and development of penicillin was due to the work of scientists, the drug would have been useless without the combined efforts of manufacturers, government officials, journalists, artists, diplomats and war officials who enabled its mass production. This clearly demonstrates that the expertise’s of many different professions are required to take a scientific discovery from a laboratory out into the world where it can have extraordinary impacts.

After the war, factories continued to produce penicillin in increasingly more efficient ways, scientists developed new antibiotics and cures for historically untreatable infections became widely and cheaply available in developed countries. This dramatically improved people's quality of life and the eight-year increase in human life expectancy between 1944 and 1972 was largely credited to antibiotics.

These drugs are not only used to treat infections but they also play a major role in many other areas of medicine. A recent example is the use of antimicrobials in the treatment of certain cancers including liver, brain and cervical cancer. Antibiotics are also used to reduce side effects to surgeries and chemotherapy as well as protecting immuno-suppressed patients. Penicillin alone is thought to have already saved around 200,000,000 lives.

Following World War Two, many changes came to society, one of which was an increased focus on industrialisation and efficiency, particularly in food production. This meant many animals were raised in close quarters which increased the risk of diseases spreading. To mitigate this risk animal feed companies incorporated antibiotics into their products and remarkably not only did this protect animal health but also improved their growth rate which in turn increased production profitability.

As a result, many farming industries began feeding their livestock antibiotics and soon an estimated 73% of all antibiotics were consumed by farm animals. This caused a reduction in meat and dairy products prices making them more affordable to the general public and thus improved diets which were previously lacking. Arguably, this increased availability of cheap food also eventually led to the wastefulness commonly seen in developed countries' cultures today.

The rapidly increasing demand for antibiotics enabled the development of its production industry, creating new jobs and generating huge profits. In 2018, the global antibiotics market was valued at $45.31 billion. This all demonstrates how antibiotics not only revolutionised healthcare but also provided numerous opportunities for economists, industry workers, farmers, social workers and more to improve countless other aspects of life while earning huge sums of money. Fleming’s discovery had truly started to change and shape the world.

However, when antibiotics were first introduced into the world they also came with a forewarning of danger. Shortly after receiving a Nobel Prize for his discovery in 1945, Fleming said: "The thoughtless person playing with penicillin treatment is morally responsible for the death of the man who succumbs to infection with the penicillin-resistant organism." But, blinded by the extraordinary social, economic and political benefits of antibiotics, humanity ignored this crucial warning.

For a time, economies bloomed, food prices dropped and health levels skyrocketed as humans decisively gained ground in the battle against infectious disease. Yet the fight was not over.

Random mutations to bacteria DNA during replication caused the occurrence of new antibiotic-resistant-alleles which could be transferred between bacteria via plasmid vectors. Widespread use of antibiotics in both humans and animals successfully destroyed non-resistant strains of bacteria but it also reduced environmental competition, allowing the development of multi-antibiotic-resistance superbugs such as MRSA, against which humanity has no weapon.

By the 1960s, scientists such as E.S. Anderson (a member of the UK public health laboratory) began urging the government to restrict antibiotic use, particularly in animal feed, in order to prevent further developments of antibiotic resistance. Although, scientifically this was clearly the best course of action, the implications of such restrictions would have detrimental social and economic effects. Profitability of food production would plummet, reducing farmers’ incomes and increasing product prices, thus limiting public access to food, particularly in developing countries. Antibiotic demand would drop, causing loss of business for pharmaceutical companies which would likely result in the loss of jobs.

Consequently, governments were unwilling to take any real action. Although the UK government passed a law in the 1969 SWANN report this only banned four antibiotics from animal feed and did little to stop resistance developing.

Not only do these superbugs resist the treatment of those they infect, but they also have wider negative impacts on healthcare. If these pathogens get into a hospital, operations and other treatments are postponed to reduce the chance of infection. This delays patient treatment which can have fatal impacts on their health.

Antibiotic resistance has been allowed to escalate to a scale of global crisis, causing an estimated 33,000 deaths annually, leading to the World Health Organisation listing it in the 2019 ‘Ten Threats to Global Health’. This worldwide calamity is arguably due to the lack of social, economic and political willingness to heed scientists’ warnings as well as the inability of scientists to provide an effective, practical plan for the instigation of their requests to reduce antibiotic use.

Therefore, to prevent humanity returning to the dark days of the past with no hope against this new and more dangerous onslaught of infection, all fields of professions must once again join forces against this new threat. Economists must find new industries to develop and provide jobs. Scientists must find ways to increase food productivity without the use of antibiotics. Politicians must form new laws to enforce the sustainable use of antibiotics. Artists, journalists and novelists must educate the public on how to reduce development of antibiotic resistance and to inspire people to search for new ways to tackle infection. Experts in both science and humanities studies must work together to devise a way to combat infection which is once again threatening humanity.

National Research Council (US) Committee on Drug Use in Food Animals. (1999). Costs of Eliminating Subtherapeutic Use of Antibiotics, The Use of Drugs in Food Animals: Benefits and Risks, [online] Available at: https://www.ncbi.nlm.nih.gov/books/NBK232579/ [Accessed 12 May 2020]

Effects of Antibiotics on Animal Feed. [online] Available at: https://www1.udel.edu/chem/C465/senior/fall97/feed/present.html [Accessed 8 May 2020]

Bradley, J. (2018). How did the Invention of Penicillin Affect World War II? [online] Classroom. Available at: https://classroom.synonym.com/did-invention-penicillin-affect-world-war-ii-8709.html [Accessed 12 May 2020]

Bacteria in Photos, Staphylococcus aureus and discovery of penicillin. [online] Available at: http://www.bacteriainphotos.com/Alexander_Fleming_and_penicillin.html [Accessed 12 May 2020]

“Thanks to Penicillin…He Will Come Home!” The Challenge of Mass Production [Poster] The National WWII Museum, Available at: https://www.nationalww2museum.org/sites/default/files/2017-07/thanks-to-penicillin-lesson.pdf [Accessed 12 May 2020]

The Accident that Changed the World (2020) [Video] Ted-Ed, Allison Ramsey and Mary Staicu, Available at: https://www.youtube.com/watch?v=CNbnLgetqHs [Accessed 9 May 2020]

D-Day Revisited, The Cost of Battle. [online] Available at: https://d-dayrevisited.co.uk/d-day-history/d-day-landings/cost-of-battle/ [Accessed 12 May 2020]

The Discovery of Penicillin (2010) [Video], Welcome Library, Available at: https://www.youtube.com/watch?v=7qeZLLhx5kU [Accessed 9 May 2020]

Ishmael, W. (2017) The economics of antibiotic use. [online] Beef - Animal Health, Available at: https://www.beefmagazine.com/antibiotics/economics-antibiotic-use [Accessed 11 May 2020]