On the eve of the opening of the new Planned Violence exhibition at TORCH (Radcliffe Humanities Building, opening 28 April 2016), we asked Elleke Boehmer and Dominic Davies about the Planned Violence research project and the urban photography it has generated.

Tell us a bit about the project and why it is called ‘Planned Violence’.

Elleke Boehmer: ‘Planned violence’, the concept, refers to those ways in which urban spaces and spatial arrangements – grids and guttering, marketplaces and maidans, boulevards and squares, highrises and sewers – express, encode and embed prevailing structures of power. In particular, it refers to how urban planning impacts in restrictive and often violent ways on citizens’ lives. The Planned Violence project aimed to look at how these structures and impacts manifest in a day to day way, especially in colonial and postcolonial situations, as Dom will explain in a moment, and also at how cultural forms, including poetry, street art, theatre, photography and processions, might pushback against these restrictions, this planned violence.

Dom Davies: The project begins with a rather basic premise: that the way cities were planned in the colonial period, by colonial administrators and architects and such like, made manifest some of the various racial prejudices and hierarchies that justified the colonial project in the actual, physical infrastructure of the city. One of the most obvious examples is Johannesburg, thought of throughout the twentieth century as the archetypal apartheid city, built around deeply segregated and unevenly developed urban spaces which were and are then separated by long, wide roads that entrench divisions within the city, often between white and non-white communities.

The project also asks to what extent this urban planning continues to have a violent legacy for urban populations in the twenty-first century. Whilst the divisions inscribed into urban space by colonial and apartheid regimes might not be so obviously cut up between white and non-white communities (though this is still often the case), just casting an eye across cities from across the globe reveals the extent to which the astonishingly wealthy increasingly live in dramatically close proximity to impoverished urban dwellers—often, whilst the former enjoy outdoor swimming pools and widescreen televisions, the latter have intermittent access to basic infrastructural resources such as water and electricity. These proximities demand new kinds of security infrastructure and increasingly violent and intrusive forms of architecture that cut through urban spaces in ways eerily reminiscent of colonial cities. It is these kinds of continuities (not to mention various discontinuities) that the project is interested in.

What are the benefits of an interdisciplinary approach to the project?

EB: Cities as layered spaces that are almost by definition intercultural, diverse, ramifying, invite interdisciplinary approaches in order to be understood on their own terms. So this is something we tried to practice from the beginning. For us as literary critics, it was important to emphasize the kinds of insight that our cultural interventions could bring to the study and understanding of urban space, as this is terrain more often than not left to urban geographers and city planners. Asserting the interdisciplinary was a way of bringing in our combined insights not only as cultural and literary historians, but also as analysts of imperial and postimperial social formations.  Cultural media were also vital to how we might begin to think about resisting those formations.

DD: The toolbox of critical techniques and strategies offered by postcolonial studies—itself an inherently interdisciplinary field—allows us to tackle complex debates and problems around issues of representation, cultural production, and so on. So the project is interdisciplinary from the outset; indeed, it wouldn’t work without the kinds of dialogue that speak across disciplines and we have found that the very notion of ‘planned violence’ sets a number of new and important cross-disciplinary conversations in motion.

Why is photography a good medium for telling the stories of these cities?

EB: For us photography – especially the kind of improvisional photography that the mobile phone camera allows – became a powerful way through which both to record forms of planned violence and infrastructural possibility and limitation, and also to track ways in which those structures might be subtly prised open, disturbed, interrogated. We are proud to have developed the photo-essay format – photos of city walks arranged in series with commentary – as a way of documenting planned violence and the project of exploring planned violence. The photographs in series work as a cool but critical and probing eye exploring city spaces, finding homologies with other cities, finding ‘ways through’, ways around, ways beyond.

DD: The ‘Planned Violence’ exhibition at TORCH takes some of the best images from several different city-specific photo essays that we put together across the two years of the project—cities as diverse as Jerusalem and Johannesburg, Mumbai and Milton Keynes, and Delhi, London and Oxford. The resulting collage of contrasting geographical spaces embodies one of the key dimensions of the ‘Planned Violence’ Network that is the importance of comparing different instances of planned violence in different urban spaces.

It’s striking to see how the sprawling, gridded roads of Johannesburg, which inhibit certain kinds of movement through the city and channel inhabitants between segregated urban cells, resonate with the very self-consciously planned layout of Milton Keynes, a suburban commuter town just North of London.

EB: Yes, the photo-essays probe, expose and conceptually explode those parallels and proximities in spatial restriction between different global cities that the comparative dimensions of our project were interested in highlighting.

This is a global project, how did you choose which cities to include?

EB: We began by thinking of cities on three continents, two of these in the Global South, till it became clear that London, too, though of the Global North, channels its citizens’ lives in ways that are not that far away from what happens in cities like Delhi or Johannesburg. We were also particularly struck by the apartheid like arrangements that could be traced not just in Johannesburg, but in Delhi, and even in London.

DD: Of course, in many ways, the cities of Delhi, Johannesburg, London and Oxford, which were the four primary cities of interest (and where the Network’s four workshops were held across the two years of its duration), were chosen because of the expertise of the project’s participants. But there are of course also those important historical continuities between these four locations, most important of which is the role they each played as key hubs, or nodes, in the broader network of the British Empire. However, as the project progressed, it became clear to us that so many of the ideas associated with planned violence were relevant to urban spaces all over the world and were surfacing in literary and cultural productions emerging in those spaces, and we thus increasingly welcomed contributions about cities from other parts of the globe, from Tianjin to Chicago.

What is your favourite photograph in the exhibition?

DD: It’s very difficult to choose a favourite photo, as in many ways, as mentioned above, their power is leveraged through the various juxtapositions that the exhibition as a whole invites. However, I am particularly fond of the image of the shopfronts and houses spilling onto the edge of a street in Old Delhi. I took this photo myself whilst travelling on a tuk tuk from the winding lanes and narrow roads of Old Delhi, which have been there for centuries, back to the large, broad open streets of New Delhi, constructed by the British in 1913. It encapsulates something of the sudden transitions one finds in post/colonial cities between formal and informal infrastructures, with the well-paved and spacious road contrasting sharply with the layered, ramshackle houses, which seem to have spontaneously popped up and almost to be tipping or staggering over into one another.

EB: I also have many favourites. Bradley Garrett’s incredible snaking cables and sewer pictures for me capture something of the forensic urban imagination that our project tried to foster as well as to study.  I’m fond of the Oxford picture of the Cowley building with sun-lit windows, with one window slightly open, signifying a resistance to uniformity, a possibility, an otherness. I took this on a whim as part of our photo-tour, struck by the lit windows, but not yet seeing the opening. And Dom’s pictures of the disturbingly stark juxtapositions of the West Bank are very striking, and contrast in interesting ways with Johannesburg and with Mumbai, the latter as photographed by Alex Tickell.

What is next for the project?

DD: We are currently working on several publication outcomes from the project, which will put critical essays from academics and practitioners in three continents alongside pieces of creative writing and journalistic accounts of instances of planned violence, which will in turn be interspersed with a range of visual materials from photographs to sequential art. We’re really excited about tying some of the Network’s several strands together in this way and to bringing the idea of ‘Planned Violence’ to an even wider audience. But there are still so many more avenues (forgive the infrastructure pun!) to explore, that we hope there will be even more chances to take the concepts and ideas we’ve developed to other cities, and to learn from other literary and cultural works that are emerging from them.

EB: We also hope to take our striking poster exhibition, which launches this week, as a representative gleaning of our various photo essays, to other venues around Oxford and beyond. And the fantastic website, linked to the TORCH website, will remain, we hope, a lively hub of commentary on planned violence around the world. 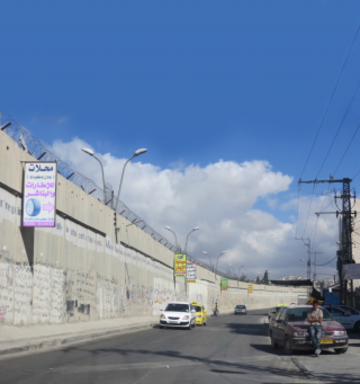