Delaram Rezaei Khonakdar is a junior law student at University of Tehran. Her main fields of interest are Human Rights Law, LGBT Studies and Social Psychology.

This blog discusses the discrimination of bisexual people making immigration and refugee claims on the basis of sexual orientation. It contributes to a burgeoning bisexual rights discourse and pushes for recognition in the legal community around the globe.

Despite the increasing protection of the rights of LGBT individuals in recent decades, bisexuality has often been neglected in liberty protections for their rights. Bisexual erasure (Yoshino, K. 2000) leads to bisexual people encountering additional threats as a result of the lack of recognition of bisexuality as a valid sexual orientation amongst courts, scholars, attorneys, and the broader legal community.

The article “Bridging Bisexual Erasure in LGBT-Rights Discourse and Litigation” by Nancy C. Marcus, verifies noxious impacts of bisexuals’ invisibility on not only their own population, but also on the broader LGBT community and jurisprudential integrity. In particular, the negative consequences also include problems with court opinions perpetuating inaccurate portrayals of the bisexual population. This can result in bisexual people being denied immigration rights due to adjudicatory bodies failing to acknowledge or being suspicious of their sexuality.

In terms of immigration, bisexual people tend to be less visible compared to other sexual minorities. In the present decade, we have both countries which have anti-LGBT legal principles and those which have suspicious views tighten the borders of human rights for bisexuals. One pervasive issue is confusion about how bisexuals may validly be in both a relationship with someone of the same sex or of another sex, leading to questions about how one can verify a bisexual identity as the basis for an asylum claim. This threatens bisexual people’s ability to immigrate or be granted as asylum by countries hostile to the LGBT population, as they are pressured to shape themselves in sham relationships.

For instance, in the United States persecution of people who use sexual orientations as a basis for asylum has been propounded since 1994 when a federal court of appeals denied the testimony of a bisexual asylum seeker, acclaiming fear of persecution for his gender identity in his home country with the phrase “not worthy of belief” (Fuller, 2016, p. 867). Despite observing him slashed with a knife and being shot during an attack from a homophobic mob, Judge Posner, who was a United States Circuit Judge of the United States Court of Appeals for the Seventh Circuit in Chicago from 1981 until 2017, denied his asylum request. Part of the judge’s conclusion was based on his lack of belief that the asylum seeker – Fuller – was not indeed bisexual,

[a] conclusion premised on the fact that he’s had sexual relations with women (including a marriage). Apparently the immigration judge does not know the meaning of bisexual. The fact that she refused even to believe there is hostility to bisexuals in Jamaica suggests a closed mind and gravely undermines her critical ﬁnding that Fuller is not bisexual. (Fuller, 2016, p. 872 (Posner, J., dissenting)

In another example, Ivo Widlak, a Polish journalist who has been married for over twelve years, has been threatened with deportation after being accused of being in a “sham marriage”.

In another case called Garcia-Jaramillo v. INS, the US Court of Appeals for the Ninth Circuit has denied a bisexual asylum claimant’s application and mentioned bias on the part of the immigration judge, indicated in part by the judge’s “permit[ting] the government to engage in a line of cross-examination asking [the applicant] irrelevant, demeaning questions about, among other things, his genitalia and sexual performance”.

In the United Kingdom, in the case of Orashia Edwards, a bisexual asylum seeker who said he fears he will be killed if he is deported to his native Jamaica has been granted the right to remain in the UK after a three-and-a-half-year legal battle with the Home Office. When the British Home Ofﬁce viewed his two-year relationship with another man as a sham relationship in light of his previous state of marriage, they accused him of “dishonest sexuality”.

Sean Rehaag in “Bisexuals Need Not Apply: A Comparative Appraisal of Refugee Law and Policy in Canada, the United States, and Australia”, has documented the invisibility of bisexuality in litigation globally in various cases. Similarly, in a series of Canadian and Australian cases, Rehaag indicates dismissive approach of judicial system towards bisexuality by making reference to such statements as “I do not accept that the Applicant is in fact bisexual “or “the validity of a claimant’s described sexual orientation, shrugging it off as nothing but a transient, youthful phase”.

The resulting harms to bisexuals have already been addressed, however, it is noteworthy to mention that the inconsistency of arguments made by LGBT rights advocates along with the misrecognition of gender and sexual orientation can help demonstrate the bisexual equal opportunity immunity loophole as an important limitation of gender dichotomies in jurisprudence. The issue of sexual orientation discrimination for bisexual individuals is indeed a form of gender discrimination, a heightened investigation of which could be beneficial to all queer individuals.

Case of Oliari and Others v. Italy. Comments of Intervenors FIDH, ILGA-Europe, UFTDU and LIDU. (ECHR 2015). Retrieved from http://ilga-europe.org/sites/default/ﬁles/Attachments/ oliari_and_others_orlandi_and_others_v_italy_-_written_comments_2014-03-27_ﬁnal.pdf. 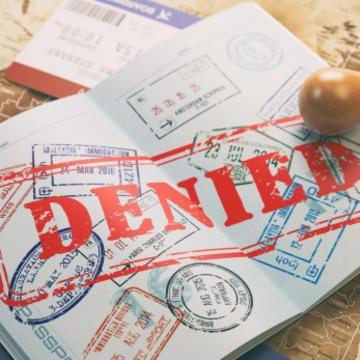