Our latest OCCT Review is now online. Click here to have a read!

Joanna Vestey, an Oxford-based artist, created a series of photographic images as part of her PhD research. Click here to view a PDF of her work so you can see her rendering of OCCT’s Translation as Afterlife event.

We’re very pleased to announce that the Convener of the OCCT Discussion Group, Karolina Watroba, won the Presidential Master's Prize for her essay “World Literature and Literary Value: Is ‘Global’ the New ‘Lowbrow’?” at ACLA this year. The Prize is awarded to a thesis, report or substantial essay by a Master's student.

1. Interdisciplinary conference ‘Play, Recreation, and Experimentation: Literature and the Arts since the Early Modern Times’, 8-9 Dec 2017, University of Kent, Canterbury. (details of dates and venue tbc)

This interdisciplinary conference aims to explore relations between play, recreation, and experimentation by examining their articulations in literature and the arts (broadly understood as the visual arts, architecture, music/sound art, film) from the early modern period to now. There are many instances of engagement with the ludic and experimentation, e.g. early modern literature on the theme of playing with appearances (being and seeming); Duchamp’s Fontaine; Dada and Surrealist practices including cadavre exquis, collage, bricolage; Oulipo and pataphysics; postmodern pastiches and hybridity in architecture, and re-inventions of myth and history in contemporary fiction. Nevertheless, we intend to shed new light on these works and probe their implications for a theory of the ludic through considering the interactions and dialogues between play, recreation, and experimentation. The broad chronological and disciplinary scope is meant to accommodate to the comparative and intermedial perspective that this topic involves.

In recent years there has been increasing attention paid to the question of play and recreative practices and emphasis on their importance, as evidenced by studies in literature, critical theory, classics, philosophy, cultural studies, anthropology, cognitive and life sciences, education, and digital humanities. Nevertheless, play and recreation have not been sufficiently examined in the fields of literature and the creative arts, nor in specific connection to the important notions of experimentation and novelty. On the other hand, since Huizinga’s groundbreaking study Homo Ludens (1938) and Spariosu’s The Wreath of Wild Olive (1997), it has also become a truism to say that all literature and art are play. But to say everything is play is not to say much about play and the creative arts at all. There is the need for more specific and deeper examination that refines the characteristics and problematics of play and recreation within literature and art. This is what this conference purports to do by considering the following research questions, with the aims of revealing new and diverse ways of understanding the ludic and experimentation, and revise our conceptual frameworks about play, literature and the arts.

How to understand the playful in literature and the arts? Does it involve certain ludic modes of writing and of designing artworks, or does it lie rather in the audience’s reception and context of an artwork?

Is play a type of behaviour or intentionality, and how is it articulated in literature and artworks?

How may the perspective of ‘recreation’ shed new light on literary and artistic practices? – firstly, in the sense of how recreative and leisure activities may relate to the production of literature, art, and architectural space; secondly, in the sense of how literature and artworks re-create an existing canon, past experience, an original context and/or language through re-invention, appropriation, or re-performance?

Although experimental writing and art typically connote modernism and the avant-garde, is experimentation something that is also very present in other periods and styles? Does the raison d’être of experimental play lie in the pleasure and shock of the new?

Does being experimental necessarily involve a playful mode of engaging with literature and the arts, – a mode in which one is prepared for risk and failure (i.e. losing the game)? What happens when playing with or at something relates to the attempt to try something new without complete commitment? Should this affect how ludic works are critically judged, i.e. the artwork not as end-product but as attempts at and processes of creation?

Do experimental works tend to involve an interplay of different media? Is intermediality a ludic principle by nature? What about the evocation of another medium by use of only one medium (e.g. imagic poetry)?

Proposals are invited for papers addressing (but not limited to) the following themes:

ludic language, writing and its techniques and characteristics;

theoretical discussions on the notion of play, the ludic, laughter, ludic aesthetics, the pleasure and shock that results from experimentation;

appearance, superficiality, and play: playing with appearances, masquerade, imitation; different literary forms such as satire, parody, pastiche; experimenting with the new and dilettantism;

intermediality and play: play between the senses, language, and abstract thought; different modes of play in different media and mixed media; games in literature and visual arts.

We encourage submissions that engage with creative output in European modern languages and culture, and comparative discussions between European and non-European literatures and arts.

Proposals for 20-min papers (maximum 300-word abstract) and a short biography of the author with his/her affiliation and contact details should be sent to the conference organisers Dr Xiaofan Amy Li (Kent) and Dr Helena Taylor (Exeter) at playconference2017@gmail.com by midnight (UK time) 31 July 2017.

This project explores multilingualism’s revolutionary potential and creative force in language, literature, thought and the visual arts. ‘Multilingualism’ is understood as more than the co-existence or overlap of more than one word-based communication system in one work or one language or one culture but also as the confluence of word, image and sound on one site. ‘Creativity’ is conceived as the novel ways of thinking engendered in imaginative works emerging from engagement with more than one language. On the one hand, writers and artists creating texts and exhibits out of multiple languages are able to invent new ways of seeing the world through cultural dialogue. On the other hand, this multilingual imagination generates at the same time an ethics promoting resistance to segregation and cultural determinism. ‘Creativity’, then, relates both to the invention of unforeseen nuances in linguistic meaning, and also to modes of improved understanding through exchange.

Using the modern period (from the long nineteenth century to the twenty-first century) as the temporal framework, it examines the flowering of multilingualism inherent in a single linguistic system and one regional cultural complex, and the impact of this on linguistic, literary and cultural creativity. It posits that multilingualism is both effect and instrument of creativity. It looks into languages in dialogue at moments of cultural encounter in the modern period between East and West, or North and South, and for new ways of thinking and writing about the creative impetus that underpins any form of multilingualism and about its role in literary innovation.

Writings of this period is a treasure trove of instances of linguistic and conceptual blending (Gilles Fauconnier and Mark Turner) not only visible in and traceable to the translation of major works of a single genre (David Damorsch and Franco Moretti) circulated from one language into another and from a peripheral national local to a metropolitan international global (Casanova), but also to the adoption of words designating objects or ideas as well as metaphors, and quotation, paraphrasing and adaptation of small or large parts of a work, or even a system of knowledge (Haun Saussy and Terence Cave), that informed and accompanied transformations in language and literary expressions.

1. How might texts engage with more than one language even when they seem to be ostensibly monolingual? How do writers incorporate traces of other languages other than by introducing different vocabularies? What do these sorts of texts tells us about the process and impact of cultural interaction more broadly?

2. What are the instances of linguistic and conceptual blending in modern literary works? How may this be analysed in such a way as to allow for the articulation of the processes through which a new form of multilingualism (that combines, e.g., European and Middle Eastern, ancient and modern, verbal and visual languages) emerges and takes shape?

3. What happens when writers draw on more than one language within the same work? How does the mixing of languages lead to the creation of new meanings? What does this interaction show about the mechanics of cross-cultural and multilingual thinking?

4. Can film or other visual media incorporate multiple languages, and how do these media help us to conceive the ways in which different languages can probe and expand upon one another?

5. Can material objects, cultural artefacts, or civilizational monuments, that have become familiar, even everyday symbols as well as sites of linguistic and cultural encounters and discourses, such as the Rosetta Stone, the Gilgamesh clay tablets, the theatre, to name only three, inform literary analysis?

6. Can word, distilled from an image of a concrete object, be seen as embodying an entire world and its conceptualization as networks of circulation not only of objects but also of ideas, concepts and worldviews?

7. Will this enable us to embrace a comparative framework within which diverse and divergent trajectories and manifestations of multilingualism may be mapped and analysed across overlapping networks of circulation.

8.  How may the insights inform new ways of reading literary texts, and of theorising world literature within a broader framework of creative multilingualism?

9. Is multilingualism coeval with multiculturalism?

10. What other forms of multilingualism outside word, image and sound may be imagined and brought to bear on literary analysis?

Some financial assistance may be available to doctoral students and postdoctoral fellows. 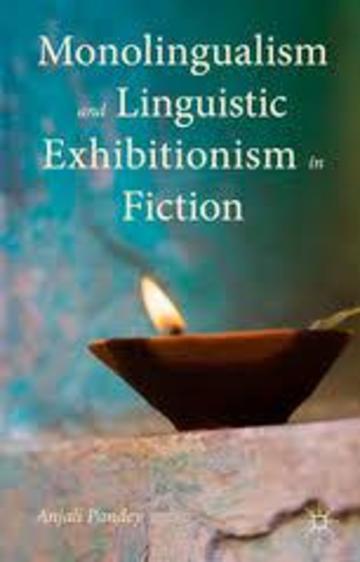