Knowledge Exchange in the Time of Covid-19

Knowledge Exchange in the Time of Covid-19

I’m delighted to have received the award of a Knowledge Exchange Fellowship from TORCH for 2020/21, for developing an audio tour for Canons Park in Harrow in north London.  It’s a tremendously important site, not only for me personally – I grew up very close to it, and wrote my doctoral thesis on its owner and most famous resident, James Brydges, the first Duke of Chandos – but also because it was, for a brief period in the early eighteenth century, one of the most famous country houses in England.  Daniel Defoe wrote in his Tour through the whole island of Great Britain (published between 1724 and 1727) that ‘a most magnificent palace or mansion house; I might say, the most magnificant in England; ... a pen can but ill describe it, the pencil not much better’.  One of the leading collectors and connoisseurs of his day, and grown rich from the profits of war, financial speculation and slave trading, Chandos filled Canons with exquisite pieces from across Europe, in the finest and latest taste and at great expence.  The grounds were equally stunning.  ‘The avenues and vistas to this house are extremely magnificent’, Defoe added, ‘and the gardens are so well desgined and have so vast a variety, and the canals [or water features] so large that they are not to be out-done in England’.  The house and its collections are now gone, and so are most of the grounds, but enough still remains to make it possible to appreciate Chandos’ vision, and to explore its heritage and legacy.

The purpose of the project will be to make this heritage accessible to a wider range of people, by the creation of an audio tour that will draw on the vast amount that has been written, by contemporaries and by later scholars, about the Duke of Chandos – his portrait in 1719 is below – and the house and gardens of Canons Park, including my own studies of how he made his fortune in the first place.  For several years now I have given walking tours of the park, in association with my partners in this project, the Friends of Canons Park, and this gave me the idea for a project that would enable me to introduce other visitors to this heritage and legacy, and allow for a genuine exchange of knowledge.  Hopefully people will be interested not just in the Duke of Chandos and Canons Park, but also in some of the challenges and solutions that arise from building an audio tour, translating academic scholarship into accessible engagement, and addressing with some of the issues of legacies and interpretation which arise from the links between Chandos, Canons, empire and slavery.  This blog will be an opportunity to provide updates on all of these topics.

This project starts at a challenging time though, and from the outset I have had to think about how to make this process of public engagement compliant with the new restrictions we face.  The audio-tour itself should present no problems, since people will be able to download it to their mobile phone and follow it at their own speed, alone or in small groups.  But an audio tour only flows in one direction, from the speaker to the listener, and the aim and ideal of public engagement is that it move both ways.  When I give walking tours of Canons Park, some of the most interesting elements are the questions that come along the way, which help me to establish what people are most interested in, and adjust the next tours accordingly.  But how will that be possible with an audio-tour?  Creative responses are going to be needed in order to address this.  Even more challenging is the process of making the audio-tour in the first place.  Some of the research, writing and recording can and must be done privately, but in a project like this, based so strongly on the experience of being in and moving around a specific set of spaces and places, there is no substitute for being on the ground and getting my boots dirty.  I’ll also be working closely with the Friends of Canons Park and Harrow Council to make sure that the audio-tour fits with their own aims for the park, and although many meetings can now be done online, once again there will on occasion be no alternative but to be there in person and to take care that things are done in an appropriately distanced way.

The next year will therefore be even more challenging than it would usually be, but interesting and exciting as well, and I’ll be using this blog to report my progress as I move forward with this project and the issues and oppportunities it raises. 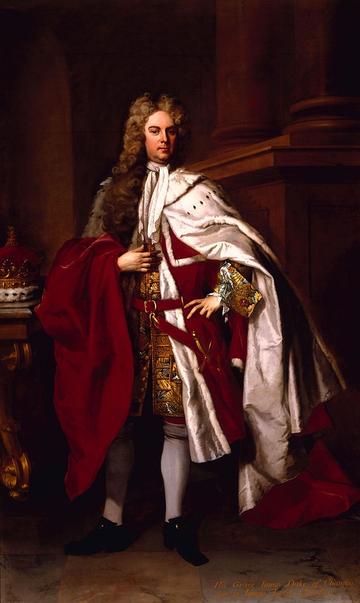