How should we read the works of Caribbean, African, and other so-called “Third World” writers? On Friday, 13th October, Malachi McIntosh of Cambridge University gave a paper to members of the Race and Resistance network which challenged current ways of conceptualizing British-based, Trinidadian writer Sam Selvon – for instance, as a “calypsonian”, or spokesperson for Caribbean, working-class cultures – and instead argued for greater appreciation of the many existentialist themes in Selvon’s oeuvre.

In his paper, Dr. McIntosh offered several examples of the way in which existentialist ideas such as the tension between the individual and society, or the priority of becoming over being (as in the writings of Jean Paul-Sartre), find expression in Sam Selvon’s novels. Selvon is a major figure in post-war British writing. His novel The Lonely Londoners (1956), for example, follows an assembly of West Indian men, members of the critical “Windrush” generation, as they struggle to make new lives in Britain in the wake of the British Nationality Act of 1948.

Yet, while many have considered the political climate in which Selvon’s novels were produced, few have considered the corresponding climate of ideas. By showing how existentialist philosophies popular across Europe in the post-war period influenced Selvon’s writing or, at least, how they animate or are animated by his novels, McIntosh’s paper makes an important contribution to existing scholarship.

Still, the most fascinating parts of the paper, for me, were the few moments when Dr. McIntosh slipped out of literary critical mode and spoke candidly about his frustration with current paradigms within the study of postcolonial or “world” writing.  Why is it okay to read Fyodor Dostoevsky as an existentialist writer and not someone like Selvon? In other words, why are only Western or “First World” writers allowed to be experimental, philosophical, and conscious of the craft of literary fiction, while so-called “Third World” writers, meanwhile, are often read as naïve spokespersons for their home societies?

These questions resonate strongly with own DPhil research on a handful of West African novels in which, like McIntosh, I seek to read for non-political themes or ideas; they also resonate with many of the frustrations I have heard voiced by my fellow graduate students. I would be curious to hear what other members of the Race and Resistance network think about this idea: that literary critics have employed a double standard when evaluating the work of so-called “Third World” writers and writers from the developed world.

Last Friday’s paper by Malachi McIntosh was emblematic of much of my experience with the Race and Resistance network. I left feeling energetic, informed, and above all eager to go back to my own writing and rethink it in light of what I had just heard. I learned something new, but I also received ideas that made me want to sort out, to finally make sense of, concepts or dilemmas over which I have been dully muddling for some time.

Tamara Moellenberg is a DPhil Candidate in English, currently completing her thesis on representations of childhood and youth in select Anglophone West African novels. 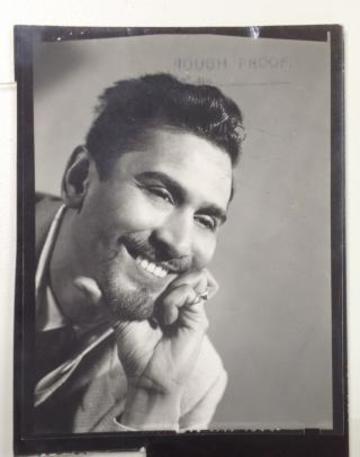