Dodie Bellamy will read an essay/fantasy that explores online harassment, bullying, and surveillance culture at the Ruskin School of Art (Bullingdon Road) on Thursday of Week 6.

On Monday of Week 6 the Discussion Group welcomed Adriana X. Jacobs (Oxford). She discussed her translation of the poem 'Mekong River' by the Vietnamese-Israeli poet Vaan Nguyen.

1. The Yehuda Amichai Festival, a celebration of the late poet’s work and his continued influence on contemporary poetry, will be coming to the Oxford Centre for Hebrew and Jewish Studies next Thursday, November 15, 6-8pm. The event will feature readings of Amichai’s work in Hebrew and in English translations, as well as original works by the featured poets. Readers include: the poets Erez Bitton, Yvonne Green, and Christopher Reid, as well as Amichai’s widow Hana Amichai.  This event is free and open to the public. Prof. Adriana X. Jacobs, associate professor of Modern Hebrew literature (Oriental Studies), will chair the event and lead the discussion.

2. Re-thinking the History of German Film

Focusing on Johannes Schaaf’s prize-winning Tätowierung (Tattoo, 1967), I will revisit a crucial but now largely-forgotten film-critical debate in West-German cinema between the so-called “political left” and the “aesthetic left.” Dismissed as apolitical just when the student revolt—what we now call “’68”—heated up, this “aesthetic left,” I argue, ironically provided a more astute political analysis of the very moment when the shift towards a neoliberal control society occurred than the more traditional “political left.” It did so, I argue with recourse to thinkers such as Gilles Deleuze and Byung-Chul Han, because it was more in tune with the different affective registers of violence permeating these two regimes of power.

This talk is a first step in my attempt to think through whether a counter-historiography to the established narrative about leftist political filmmaking in West Germany might allow us to fruitfully revise the story of what counted as political (leftist) filmmaking around ’68—and what the implications of doing so might be for today, a moment when we witness a resurgence of debates about political filmmaking in the age of the neoliberal economization of everything.

A screening of Tätowierung (dir. Johannes Schaaf, 1967) will be held at Worcester College, Lecture Room B, Tuesday 20th Nov, 7pm. The film will be screened in German without subtitles.

Georges Perec structures his 1975 book W ou le souvenir d’enfance along a series of divisions: between fiction and memoir, between history and memory, between utopia and Holocaust, between speech and silence. Among the most significant of these doublings is the tension between French, the language in which the book is written, and Yiddish, a language which Perec had heard, read, and spoken as a child but which was suppressed through his wartime experiences of orphanhood, displacement, and hiding. This lecture will consider the phantom traces of Yiddish in Perec's writing in the structure of what is a double-V, a double-vie (life), and also a double-vey (in Yiddish, "woe"). Although Yiddish is a crucial missing sign for connecting the many strands of Perec's doubled-narrative, it is a linguistic clue from which the author disavows his own narrative voice from deciphering. In his absence, this lecture will attempt to explain the inexplicable, find out the undefinable, ponder over the imponderable, and unscrew the inscrutable.

This talk is part of the “Behind the Texts” series, organized by Guido Furci, Co-Fund Junior Research Fellow, Institute for Medical Humanities and School of Modern Languages & Cultures, Durham University.

One of the latest fitness trends from Sweden is the so-called ‘plogging’, picking up trash while jogging. Embarking from this image of social engagement for the purpose of healing the planet proposals are sought for an upcoming issue of Studies in Twentieth and Twenty-First Century Literature for a series of essays in English that analyse literary, filmic, or other artistic productions in twentieth- and twenty-first century German, French, Italian, or Spanish speaking cultures in view of the links between ‘slow travel’ and eco-awareness.

Slow travel implies an intensification of experiencing the environment, its devastation, and possibilities of healing. This is not limited to walking alone, although authors of literary walks such as W.G. Sebald or Friedrich Christian Delius are important for this volume. Such literature reveals the tension between the solitary walker distancing himself from the community with its social and political responsibilities, while at the same time actually engaging more closely with the global community and its concerns about the environment and politics. But walking in literature can also be an intensely neo-Romantic experience. When Percy Bysshe Shelley and Mary Wollstonecraft (later Mary Shelley) first eloped and found themselves stranded without money in Paris they decided to walk the 700 km distance to Switzerland. While nineteenth-century literature teems with walkers, how does this map out in the twentieth and twenty-first century?

Apart from this focus on literary walks we seek submissions on various other texts linking ecological awareness to unusual forms of travel. Proposed essays may include but are not limited to topics such as:

This volume argues that with the slowing down of physical mobility and the traveller’s self-marginalization and constant crossing of boundaries, walking and other forms of slow travel increase political alertness, reflection, and a tendency to protest. We are interested in submissions also that examine contemporary literature in light of the philosophical and literary roots of such travel (such as Jean Jacques Rousseau or Robert Louis Stevenson), and which engage densely with theories of slowness, wandering as resistance, and self-exiling during travel (e.g., Michel de Certeau’s The Practice of Everyday Life, Frédéric Gros’ Philosophy of Walking, Ernst Jünger’s Der Waldgang, Rebecca Solnit’s Wanderlust). The volume is open to a diversity of theorizations. What function does slow travel, especially walking, have for the social responsibility of travellers who follow what Deleuze and Guattari have called a rhizomatic trail across borderless smooth space? Rebecca Solnit has argued, for example, that slow travel “ideally is a state in which the mind, the body, and the world are aligned” (Wanderlust 2000).

As Guest Editor I am particularly interested in submissions which examine how literature and film represent slow travel -- with its cosmopolitan, polyphonic messages, and the temporary exile of lonely and visionary individuals walking away from their communities and trespassing across communal, territorial, and national boundaries – and whether slow travel may in the end be more conducive to the healing of the planet than an insistence on social and political responsibility that is firmly attached to hermetically sealed-off civic, national, and thus ultimately imagined communities.

Studies in Twentieth and Twenty-First Century Literature is committed to publishing high quality, anonymously peer-reviewed articles written in English on post-1900 literature, film, and media in French, German, and Spanish. The journal is devoted to theory and criticism in the modern languages, and encourages interdisciplinary and collaborative submissions. Many acclaimed literary critics and theoreticians have appeared in STTCL and served as guest editors of STTCL special issues dedicated to one language or theme. Likewise, the editorial advisory council includes esteemed authors, critics, and theoreticians in French, German, Spanish, and Comparative Literature. From 1976 to 2003, the journal was known as Studies in 20th Century Literature, and through 2013, it appeared in print form twice a year (winter and summer) and it is currently published in an online, Open Access format which enhances the journal’s sustainability and broadens its global readership.

Please provide a 500-word abstract for articles not to exceed 7500 words, along with a brief CV, complete contact details, and academic affiliation, in an email to arndsp@tcd.ie with the reference line of STTCL Abstract. The deadline for the submission of abstracts is February 1, 2019. If chosen for publication, the completed article will need to be submitted no later than July 1, 2019

You are warmly invited to join us on Friday, 7 December 2018, 6:30pm in the River Room (King’s Building, Strand Campus) for a book talk on Madhavi Menon’s most recent book, Infinite Variety: A History of Desire in India (Speaking Tiger, 2018). Together with panel of colleagues from King’s and beyond, including Dr Vicky Carroll, Professor Catharine Edwards, Professor Javed Majeed, and Dr Sebastian Matzner, and in conversation with the audience, Professor Menon will discuss how her latest book puts into dialogue major ideas of queer theory with the history of ideas in India.

There will be a drinks reception after the discussion as well as an opportunity to purchase a copy of the book. The event is free of charge but booking is required:

Professor Menon will also be a panelist a week later at the ‘Rethinking Queer Theory Through Alan Sinfield’ symposium on 11 December 2018. For further details on this event, including on how to register, please go to:https://www.kcl.ac.uk/events/event-story.aspx?id=b813ec74-b9a3-44c0-8b6d-a27732ac655d

Aestheticism and Decadence are fundamentally preoccupied with time and archives, with medievalism, apocalypticism, fallen Classical civilizations, as well as with collections and connoisseurship. Aesthetes turn to the past as a locus of utopian renewal, and Decadents experience their historical moment in terms of exhaustion and decline. The Decadent literary tradition has come to be associated with a queer vision of temporality, an anti-progressive sensibility that rejects teleology and futurity, and scholarship on Aestheticism and Decadence has cast into question Modernist notions of literary history that stress novelty and rupture. Yet, even as Aesthetes and Decadents see themselves as living in a fin-du-monde/fin-du-globe moment, they are deeply preoccupied with history and with collecting and documenting. Indeed, Decadent literature often resembles archives or takes on a catalogue-like form. J.-K. Huymans’s novel À rebours, for example, functions as an extensive catalogue of outré tastes and serves as both inspiration and reference resource for subsequent Decadent authors. The ‘bibliophilic dandyism’ of Des Esseintes, as Octave Uzanne described it, was a metaphor for a relentless egoism that finds satisfaction only in the archive. In addition, scholars of Aestheticism and Decadence studies have for many years been deeply engaged with archival work, with the disinterring of hidden histories and figures, and the construction of digital archives that allow for a new vision of literary history.

Notions of ‘archive’ and ‘archiving’ are to be understood in the broadest sense, including libraries; special collections; museums, formal and informal private collections (both real and virtual); and digital and social media platforms. The conference will consider the archive as of interest not only as a research resource but as an object of study and theorization in itself. We are also interested in work that engages with the theorization of time and history in Decadent and Aestheticist literature and the manner in which ideas about temporality, literary history, and periodization have functioned in scholarship on these movements. We welcome proposals for papers or panels on any aspect of Aestheticism and Decadence in relation to archives, history, temporality and periodization. Individual papers should be about 20 mins in length.

Abstracts of 500 words plus brief biography should be sent toATDA@gold.ac.uk by 1 February 2019.

Professor Emma Wilson (Cambridge) will talk on “Nan Golding and the Reclining Nude,” in Elvet Riverside 146.

Abstract: Figures of prostration, horizontality and reclining have frequently returned in Goldin's photographic works. This paper explores reclining figures in two installation projects she mounted in Paris, Sisters, Saints and Sibyls in the chapel Saint-Louis-de-la-Salpêtrière (2003) and Scopophilia in the Louvre museum (2010). These works included projections with voice-over, as well as still images. In Sisters, Saints and Sibyls Goldin animates the history of her sister Barbara Holly Goldin who committed suicide aged 19. In Scopophilia she aligns images from her own corpus with photographs she has taken in the Louvre and other museums, focusing in particular on the naked body, and on pleasure in looking. In these two projects Goldin explores how images of passivity, of slipping from the vertical, may be beautiful, expressive, cathartic. She adopts a feminist politics of protest and pleasure. 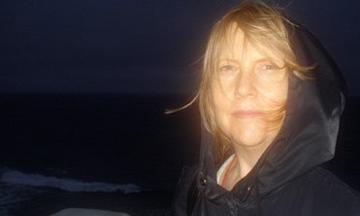