The New Generation Thinkers scheme 2016 is a nationwide search for the brightest minds who have the potential to share their cutting-edge academic ideas through broadcasting.

The leader of the TORCH Nordic Network Leah Broad has been selected as one of the BBC/AHRC’s New Generation Thinkers 2016. She studies Nordic theatre music, and will be working with the BBC throughout the year to turn her research into radio and television programmes.

Leah said, ‘I’m honoured to have been selected as one of the final ten academics. I’m very much looking forward to working with the BBC to make programmes from my research. At the minute, I’m working on forgotten theatre histories by exploring the music written for productions around 1900, and Scandinavian culture that lies behind the ‘Nordic noir’ image.’

The 10 New Generation Thinkers 2016 were selected from hundreds of applications from academics at the start of their careers who demonstrated their passion to communicate modern scholarship to a wider audience. After a four-month selection process involving a series of day-long workshops at the BBC in Salford and London, the final 10 were chosen by a panel of BBC Radio 3 and BBC Arts producers, and the Arts and Humanities Research Council. 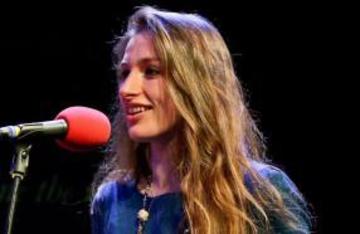