From Buddhist folklore to Kabuki theatre to contemporary transgender lives, Japanese history and culture have been home to multiple forms of gender variance and cross-gender identities. Lyman Gamberton (SOAS, University of London) provides an introduction to the complexities of gender in the Japanese past, while arguing that historic and cultural forms of gender-variant practice should not automatically be linked to Japanese transgender identities today.

There has been a rich strain of gender variance and androgyny in Japanese literature, culture, and aesthetics for over a thousand years. Texts from the eleventh century CE, the ‘first century’ of writings in classical vernacular Japanese, feature protagonists who live lives of Court intrigue and romantic adventurism as the ‘opposite’ gender; medieval Buddhist ‘revelatory tales’ tell narratives of salvation through the gender-fluid bodhisattva Kannon; the early modern fashions of Kabuki actors set the trends for women’s style; and the lives and memoirs of contemporary Japanese transgender women are gaining breakout mainstream appeal. However, I would argue against any attempt to draw a through-line in Japanese conceptions of gender and gender identity from the early medieval period to the present day. What I aim to present here instead is a sequence of snapshots from various times and places in Japanese history, each of which have something interesting or intriguing to suggest about the ways people lived or imagined gender in a very particular cultural context.

My first example of gender fluidity and gender ambiguity in Japanese literature comes from monogatari [tales; romances] written mostly by members of the Imperial Court at Kyoto during the Heian Period (794-1185 CE). This era saw the beginning of continuous prose narratives written in vernacular Japanese, rather than the classical Chinese previously considered more intellectual. The most famous of these narratives is The Tale of Genji [Genji monogatari], composed by Murasaki Shikibu in the early eleventh century; the names of most other monogatari authors have been lost. The two tales I will be discussing here are both by anonymous authors, dating from around 1200 CE; they are Ariake no Wakare [“Partings at Dawn”] and Torikaebaya Monogatari [“The Tale of the Changelings”].

The central figure of Ariake no Wakare is a mysterious youth, newly arrived at Court, who stuns the courtiers with his delicate beauty and quickly rises through the ranks to become the Major Captain of the Palace Guard. The Emperor becomes enamoured of the Major Captain and sleeps with him. They continue an affair until the Major Captain becomes pregnant, at which point he ‘retires’ from Court and returns in the guise of his previously-sheltered ‘younger sister’. In Torikaebaya Monogatari, a high-ranking courtier has two children, a son and a daughter. As they grow, each of them shows such a marked attraction for the social roles of the ‘opposite’ gender that he allows them to go through the appropriate coming-of-age ceremonies for each ‘opposite’ sex, and they begin their lives at Court – the ‘son’ as a lady-in-waiting to the Empress, the ‘daughter’ as a mid-ranking male courtier. They have various romantic escapades and adventures, but towards the end of the tale, the audience is treated to the revelation that the siblings’ gender variance is due to the malicious influence of a tengu [demon]. During the events of the text, the tengu has converted to Buddhism and renounced the effects of its earlier wickedness. The ‘spell’ of the siblings’ respective genders is ‘broken’ and they revert to the social roles of the sexes they were assigned at birth.

This theme of gender expression and gender identity being a visible sign of supernatural workings in the world also appears in later medieval texts, particularly a collection of Buddhist ‘jottings’ known as the Kü Zōdan. The most interesting story on the theme of gender identity in this text is a report of two travelling monks who take lodgings overnight at an inn during a pilgrimage. The innkeeper’s wife seems strangely familiar to them, and after some questioning, she admits that she used to be one of the monks at their monastery who had disappeared mysteriously some years ago. She tells the monks that one night, she began to grow breasts and to experience severe pain in her genitals, which transformed physically from a penis to a vagina. She later married the innkeeper and had several children with him. One of the monks, who was previously her master at the temple, reassures her that this is not a divine punishment and she has ‘no reason to fear her karma’; the monks leave the inn the next day, ‘amazed and marvelling at what they had heard.’

It is extraordinarily tempting to see these medieval accounts as being somehow echoes of real lives lived in the Japanese past, especially given the Japanese scholar and translator Rosette Willig’s remark in her introduction to the English edition of the Torikaebaya Monogatari that there are often autobiographical aspects to Heian monogatari. However, the Ku Zodan is an obscure text by any metric, and the reception of the Torikaebaya Monogatari by later audiences often dismissed the story as a sex comedy rather than a reflection of an authentic form of life. I turn now to look at a different form of distinctly Japanese gender variance from the early modern period, which functioned as what Haraway (1970) calls a ‘permanent partial identity’, and which persists to a certain extent today: the female role specialists of Kabuki theatre.

In Kabuki theatre, a form of popular Japanese drama dating from the mid-17th century, all of the actors are traditionally cis men – but the actor who takes the ‘leading lady’ roles is known as an onnagata [literally ‘women’s way’]. It was believed that in order to truly embody femininity in their onstage performances, they had to immerse themselves fully in feminine identity in their offstage life. Historical onnagata therefore often dressed as women, ‘lived’ as women, and took women’s names, but also married cis women, had children, and trained their sons to be onnagata in turn (becoming a Noh or Kabuki actor in Japan was, and often still is, a family apprenticeship inherited from one’s father.) This practice lasted for about three hundred years and was extant until at least the late 1950s, if we go by Yuki Mishima’s short story Onnagata, written in 1957. There are still onnagata in Japan today, of whom Bandō Tamasaburo V is probably the best-known. However, contemporary onnagata no longer wear women’s clothing offstage or take on women’s names in everyday life.

Again, it is tempting to claim onnagata as a form of early transgender identity. However, onnagata identity in practice has two sharp distinctions from the current (Anglophone) understanding of trans identity: firstly, it was an inherited and apprenticed job, and secondly it was and is a job, with attendant paycheque and employment terms. Sources on onnagata in English translation have been uniformly written by cisgender researchers, whose unfamiliarity with trans terminology and gender-variant identities complicates any attempt to quantify how and on what terms onnagata performed their femininity.

What, then, to make of all these ambiguities of identity? Again, I would stress against linking these scattershot glimpses of the gendered past too strongly to the reality of contemporary trans lives in Japan. The Japanese legal system accepted the medical/pathological diagnostic paradigm of ‘Western’ sexology during the peri-and-post-Meiji ‘modernisation’ period of the late C19. Prior to 2002/3 there was no legal pathway to transition in Japan and transition surgeries were banned under the 1960 Eugenics Law. Transition (including the right to change one’s legal name and gender on the family register) was legalised in 2002 under the Act Regarding Special Treatment For Persons Diagnosed With Gender Identity Disorder. Currently, the legal requirements for transition in Japan are that the applicant must be sterilised; must have undergone chest and genital reconstruction and hormone replacement therapy; and must petition a judge to change their name. However, gender affirming surgery was only legalised several years after transition was legalised, meaning that trans people had to go abroad for the treatment demanded by the Japanese state. Furthermore, the Act initially banned parents from transitioning, then relented to say that children must be at least 21 before the parent is allowed to transition. Sterilisation is now mandatory under the same Eugenics Act that initially banned gender confirmation surgery; there is no allowance for non-binary gender identities in law.

Paradoxically, given the common transphobic claim that transgender identities didn’t exist prior to 1990 or so, the legal and social space for trans lives in Japan today is far more stringent and restrictive than in history. There remains a great deal of work to be done both in building a vibrant trans future and in honouring the versatility of the gender-weird past. 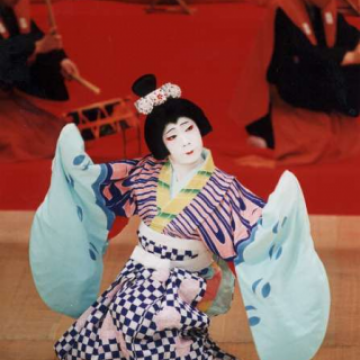