Next Monday, on November 4th, we will run another special session of the Discussion Group, and this time our guest will be Erin Mouré, a Canadian poet and translator of poetry from languages which include French, Galician, Portuguese and Spanish to English. She is the recipient of several awards. In this collaborative event with Queen’s Translation Exchange, Erin Mouré will present an extract from her latest translation and discuss its challenges with us.

Please note that our speaker has a life-threatening allergy to peanuts and any contact with peanuts. For this reason it is very important that you please DO NOT EAT NUTS ON THE DAY, not even before coming to the event, and that you DO NOT BRING NUTS OR ANYTHING CONTAINING NUTS IN THE ROOM. We will meet as usual between 12:45 and 2pm in Seminar Room 10, St Anne's College. As a precautionary measure, lunch will be cancelled.

In Week 3, the Slovenian novelists Dušan Šarotar and Dino Bauk discussed their novels with Patrick McGuiness. This event was supported by Istros Books, the Slovenia Book Agency, and the EU Cultural Fund.

1.The London Arts and Humanities Partnership is happy to announce the cross-disciplinary conference The Idea of Europe in Literature, Philosophy and the Arts: History and Current Debate, which will take place at King’s College London on 5 March 2020.

The conference aims to explore how the idea of Europe has changed throughout history, in literary and philosophical writings, as well as in artistic representations. It will seek to facilitate discussion across different areas of study, aiming to produce a diachronic perspective on various European questions, with a particular focus on the concept of “European identity”. We would also like to invite special attention to the role that migration (broadly defined as movements of people, objects and ideas) has played and continues to play in shaping such an identity. The urgency of such a discussion, both in the context of UK scholars working on the question of Europe, and of European scholars, is evident in a moment of precipitous change in various areas of Europe.

We invite researchers to contribute 20-minute papers that address, but are not limited to, the following themes and questions:

The genesis of the idea of Europe. Can we pinpoint specific instances of the emergence of a “continental consciousness”, an awareness of belonging to Europe?

How the notion of Europe has changed throughout the centuries.

Is it possible to conceptualize the “identity” of Europe? If so, what is/has been the impact of migrations in shaping this identity?

How the concept of Europe may have been purposely mystified or distorted in order to serve an ulterior motive.

Is there such a thing as “European literature/art/philosophy”? Is it a unified and coherent concept? Is it a useful heuristic for academic discussion?

How the concept of Europe has been used to mark an opposition with another cultural, social and/or religious entity.

How non-European ideas/impressions of Europe have changed over the years, and what bearing this has had on European self-definition.

If you are interested in presenting a paper, please send a title, an abstract (approx. 300 words) and a brief biography (150 words max) to theideaofeurope@gmail.com by 15 November 2019. Abstracts from PhD and early career researchers are particularly encouraged.

Applicants will be notified of the outcome by 30 November 2019.

2. Proletkult and the Languages of Modernity

Proletkult refers to the Proletarian Cultural-Enlightenment Organization (Proletarskie kul'turno-prosvetitel'nye organizatsii). The institution was autonomous from the Bolshevik party, but is regarded by many as the cultural arm of the revolution. Founded in 1917, it was tasked with developing radical avant-garde aesthetics tailored to the working classes and their emergent role in modern industrial culture.

Proletkult peaked in 1920, when it spread like wildfire before its imminent demise. Despite its short lifespan, it was widely influential. This workshop aims to explore Proletkult from the original angle of language, translation and collective identity, in both Marxist and non-Marxist keys. Topics covered include: the polemics between Lenin and Proletkult in the shadow of the literacy campaign in the USSR, the British reception of Proletkult, Chinese modernity in translation, Soviet sociolinguistics and Gramsci’s linguistic modernity, transnational ethnopolitics along the EU-Russian border and Ljudski Oder between Slovenia, Italy and the international Proletkult.

Alessandro Carlucci (Oxford): “Multilingualism and Standardisation: On Gramsci’s Interest in Language and Culture”

Ravel Kodrič (independent scholar): “‘Ljudski Oder’ and ‘DELO’: The Slovenian Branch of the Italian Section of the International Proletkult Movement”

All are welcome to attend this free event. Places are limited so please register in advance: https://modernlanguages.sas.ac.uk/events/event/17841 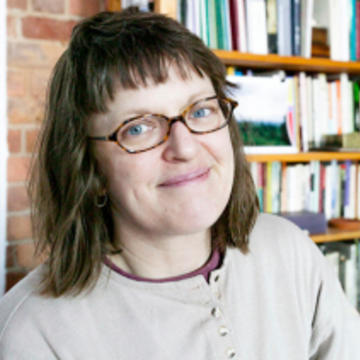