In our next Discussion Group session, on 18 November, we will continue with our special programme of guests by welcoming Prof Kyoko Yoshida (Ritsumeikan University, Kyoto), a writer and award-winning translator between English and Japanese. She will discuss her translation of Yoshimasu Gozo's Alice Iris Red Horse (New Directions, 2016) and tell us about her improvisational performance of the translation with the poet himself. On 19 November, Guillaume Dumas (Institut Pasteur) will speak at the Fiction and Other Minds seminar. The title of his talk is “Operationalising the interactive turn of Social Neuroscience through Human-Human and Human-Machine Interaction paradigms”. Please note that the Fiction and Other Minds will be taking place in Seminar Room 10 of St Anne’s College at 6pm.

In Week 5, we were thrilled to host poet and translator, Peter Cole. Peter Cole is the author of five poetry books and numerous volumes of translation from Hebrew and Arabic, medieval and modern. His many honours include an American Academy of Arts and Letters Award in Literature, a Guggenheim Fellowship, a Jewish National Book Award, PEN and TLS Prizes in Translation, and a MacArthur Fellowship. On 13 November, Peter offered a translation workshop. On 14 November, he gave a talk entitled Hearing the Drawing: Ekphrastic Poetry and Translation, A Reading and Conversation.

Festival ticket giving entry to all events - £60, children and students half price

Queen Mary University of London is one of the UK’s leading research-focused universities and a member of the Russell Group with an outstanding reputation in the humanities and social sciences.

The School of Languages, Linguistics and Film is looking to appoint a Lecturer in German with Comparative Cultural Studies, to deliver teaching and assessment across undergraduate and, as appropriate, taught postgraduate programmes. The successful candidate will have the opportunity to develop his/her own teaching and research agenda in the fields of German and Comparative Cultural Studies (for details see below), and will also be expected to teach some modules in Comparative Literature. Duties will include research and publication, convening and teaching undergraduate modules, contributing to MA provision as appropriate, designing new modules at UG and PGT level, (co)-supervising PhD students, co-supervision for UG research projects and undertaking administrative roles as required within the Department of Modern Languages and Cultures. You will be able to develop new modules, and adapt existing ones, in line with your specific research strengths.

They should be in one or two of the following thematic areas:

· German-speaking European cultures in their relation to the (religious) cultures of Asia and the Middle East, including the legacies of German “Orientalisms” and Biblical scholarship along with their Medieval and Romantic roots.

· German-Turkish cultural transfers, including post-war Turkish-German cultural production, most notably in literature and film. Other non-European migrant literatures and cultures in the German-speaking areas of Europe will also be of special interest.

· German ideological conceptions of Otherness (anti-Semitism, notions of ‘purity’, exclusiveness, the Other as target of the New Right and Left, discourses on ‘where Europe ends’, recent debates on multiculturalism in German-speaking Europe).

You will hold a PhD in German or have a relevant professional qualification or equivalent professional experience, together with the ability to deliver teaching and assessment at undergraduate and postgraduate level. The ability to work constructively and flexibly with colleagues, good organisational and communicative skills are also essential. Evidence of high quality research and publications in renowned journals is also expected.

The post is full time and permanent from 1 September 2020. Starting salary will be £42,433 - £44,807 per annum. Benefits include 30 days annual leave, pension scheme and interest-free season ticket loan.

Candidates must be able to demonstrate their eligibility to work in the UK in accordance with the Immigration, Asylum and Nationality Act 2006. Where required this may include entry clearance or continued leave to remain under the Points Based Immigration Scheme.

Further information about this vacancy can be found here: https://www.qmul.ac.uk/lectureships-sllf/

Details about the School can be found at: https://www.qmul.ac.uk/sllf/

The deadline for applications is midnight on Sunday 8 December 2019.

3. Gender and Transnational Reception. Mapping the Translation, Circulation and Recognition of Women's Writings in the 20th and 21st Centuries

Organised in collaboration with the Centre for the Study of Contemporary Women’s Writing (CCWW) and partially funded by the British Academy, this two-day conference aims at exploring the transnational reception of 20th- and 21st-century literary texts by women (where “woman” is understood beyond cis-normative categories). How are processes of literary reception and consecration gendered and transnationalised? How do transnational networks support the circulation of texts by women? What are the processes that intervene in the recognition or misrecognition of their artistic value, in their own country and abroad? Gender still plays a crucial role in the ways in which a work of art circulates and is received, as the construction and recognition of artistic value is deeply influenced by social structures and the hierarchies that permeates them. On the other hand, the transnational dimension of feminist struggles and thought fosters the circulation of works by women beyond their country of origin, so that they often meet popular success in other countries – the cases of Nicaraguan Gioconda Belli, Nigerian Chimamanda Ngozi Adichie and Italian Elena Ferrante, for example, are paradigmatic in this sense. Furthermore, since the second half of the 19th century, feminist networks of translators, publishers and intellectuals have worked tirelessly to promote and enable the circulation of works by women. This conference aims at investigating the gendered promotion and reception of works by women on a transnational level. Submissions are welcomed across a range of topics including, but not limited to:

The range of countries and languages that may be discussed is intentionally left open. The event will be in English.

Proposals of no more than 250 words for 20-minute papers and a short bio should be sent by 20 December 2019 to: gender.reception2020@gmail.com

4. Call for Papers for the Panel:
Performing Identity: The Relationship between Identity and Performance in Literature, Theatre and the Performing Arts

Identity is often seen as being a controversial topic. Whether it is fictive or real, (de)politicized and/or aesthetic, gendered or engendered, identity is often seen as being a powerful political tool and an essentially social construct. It also allows individuals to define themselves. In a sense, we perform our own identities everyday - or, perhaps, we perform a wide range of different identities at any one time. We implicitly live in a society which constructs various definitive identifications, and which often sees the rigid maintenance of hierarchical systems and exclusive ideological constructions of gender, identity and sexuality, or what Judith Butler defines in her work Bodies that Matter as an 'exclusionary matrix.' This has often resulted in the displacement of any discursive systems which resist these exclusionary systems. This panel seeks to give voice to discursive systems which have so often been displaced by exclusionary systems of identification. The main exclusionary focus in culture and the arts has often been on the white, heterosexual and supremacist male (or female). To rectify this oversight, this panel seeks to address any works of art and culture which are directly and explicitly related to the performance of identity from a different standpoint - that is, one which is not exclusively heteronormative and heterosexual.

We welcome any papers which focus on the following topics:

1. Identity as a performative and political tool and/or as a site of political resistance and change
2. The work of gay/lesbian or drag performance artists who do not form part of the white, male/female and heterosexual/heteronormative matrix
3. Identity as a fluid and shifting construct in the theatre, the performing arts and literature generally
4. Cultural and literary works or works of art which resist fixed identifications and engender performative meanings/ways of 'reading'
5. The abject as a site of identification
6. Gender and identity formation
7. Sexuality as a performative and identificatory construct or mode of identification.

For complete information before applying see full details of the conference at:
http://euroacademia.eu/conference/8fcs/

You can apply on-line by completing the Application Form on the conference website or by sending a 300 words titled abstract together with the details of contact and affiliation until 5th of December 2019 at application@euroacademia.org.

5. A reminder that proposals are still welcome for the British Library’s new round of AHRC CDPs, which includes the project: The Michael Hamburger Archive: Mediating European Literature. The deadline is next week, Friday 22 November!

Please find all the relevant information and links below:

Academics at UK universities are invited to submit proposals for AHRC Collaborative Doctoral Partnerships with the British Library. We will support up to three co-supervised PhD projects, to start in October 2020, developing the following specially selected research themes:

The application deadline is 22 November 2019.

AHRC CDPs provide funding for PhD research drawing on our collections, resources or expertise. The research is co-supervised by the Library and selected academic partners at a UK universities or Higher Education Institutes (HEIs). Please note: The British Library has an allocation of three studentships from the AHRC for this round of the CDP programme. Consequently, not all of the themes above will be developed into CDPs. In January 2020 we will select one HEI partner for each of the three CDP studentships that we are able to allocate. Once selected, the HEI supervisor may further refine the research topic with the Library supervisor in order for each partner to gain maximum benefit from the collaboration. The successful PhD candidate will contribute to the development of the final agreed research project once recruited.

For application guidelines and assessment criteria, and summaries of each of the research themes, please visit: https://www.bl.uk/news/2019/october/ahrc-cdp-2019

For more details about our collaborative PhD programme, visit http://www.bl.uk/research-collaboration/doctoral-research 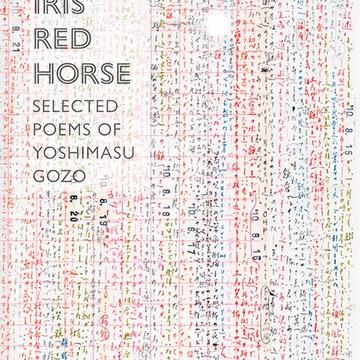