In November 2016 the Colombian government and the FARC made history by signing a peace agreement that aims to bring to an end the Western hemisphere’s longest-running armed conflict. Like many countries throughout the world emerging from war, Colombian society is now engaged in the momentous task of trying to reconcile and heal after more than half a century of conflict

The key questions urgently being discussed in Colombia – in particular how to reconcile opposing narratives of the conflict and appropriately commemorate the war in a way that leads to reconciliation – are being echoed across the globe at this year’s timely Mellon-Sawyer Seminar Series Post-War: Commemoration, Reconstruction and Reconciliation.

As a researcher studying the history of recent memory and transitional justice initiatives in Colombia, I was excited to be invited to the first panel-led workshop of the series, which brought together a number of academics and practitioners across the fields of literature, law, human rights and peacebuilding. Keen to hear how the issue of post-war commemoration had been dealt with in other historical and cultural contexts (Iraq, Spain, Eastern Europe, etc.), I was particularly inspired by the aims of the workshop, to explore the role of poetry and life-writing in the task of post-war commemoration and reconciliation. My own research is guided by the question of how artistic works and symbolic acts dialogue with memory, reconcile differing views of the past and even facilitate alternative forms of justice for victims.

Foregrounding the central role that literature plays in processing, and often resisting, the trauma of war, the seminar opened with a moving poetry reading and presentation by the Iraqi-American poet Dunya Mikhail. Hearing her poem ‘Bag of Bones’, in which an Iraqi mother receives her child’s bones after an atrocity, I was struck by the subversively ironic tone of her poems. Eschewing any sensationalist depiction of violence, the quiet rage of Mikhail’s words parallels the artistic work of many Colombian poets and peace activists, who, like the mother with her bag of bones, have resisted the normalisation of conflict and violence in their country.

Yet Mikhail does not ascribe to a simplistic view of war writing as an easy route to reconciliation. Affirming on the one hand the importance of narrative and storytelling to individual survival, as well as preserving the memory of those lost – “I wasn’t killed by their stories but I felt I would die if I didn’t tell them” – the poet challenged us to see writing about war not necessarily as a way to heal wounds, but as an essential way to keep them open. Poetry allows us to comprehend the pain of war and provides a space for alternative histories to surface.

For me, Mikhail’s challenge, and her metaphor of war poetry not as medicine but as an X-ray that allows us to identify the scars of war and understand them, provides an important insight that speaks powerfully to Colombian memory practices. Unlike in other contexts, where commemoration often begins many years after war, in Colombia memory initiatives began prior to the end of the conflict itself and in a situation in which violence is ongoing. In Colombia wounds are still open and writing about a war that is not yet over forms part of complex reconciliation processes and urgent political struggles over narratives of the past and possible futures.

This focus on a past that is not yet past was a key discussion point between two of the other panellists in the workshop, Philippe Sands QC – the author of the powerful memoir East West Street, which traces the origins of international law at the Nuremberg trial and uncovers Sands’ own silenced family history in relation to the Holocaust – and Lord John Alderdice, the Northern Irish politician and director of the Centre for the Resolution of Intractable Conflict. Whilst Sands spoke of the multi-generational nature of memory and its collapsing of any clear separation between past, present and future (for him memory functions like a crypt and often skips a generation), Lord Alderdice reflected on how the victims of war are often unable to convert the traumatic past into memory and argued that separating out the past from the present was a fundamental task of any peace process as it seeks to reconcile society for the future.

Although a key part of any peace and reconciliation process is the construction of new stories and a forward-looking narrative of history, the workshop rightly questioned the problem of putting the past into the past and the anti-reconciliatory nature of narratives that close down and introduce hierarchies into our accounts of conflict. In agreement with Sands, who argued that memory disrupts simple temporal distinctions, current debates in Colombia have highlighted the difficulties of dividing the past/present into a clear binary, especially as many of the manifestations of violence during the conflict have continued into the new era of “peace”.

The continuum between the past and the present (and possible futures) was movingly illustrated by Jeremy Treglown, the author of Franco’s Crypt, which explores the collective memory of the Spanish Civil War. Reading the beginning of a chapter where he names female victims buried in an unmarked mass grave only discovered in 2008, we were confronted with the knowledge that commemoration and reconciliation are not short-term processes but have (often unpredictable) legacies and consequences in the deep future and across cultures.

Within the cloistered surroundings of Harris Manchester College, the names of those killed in the 1930s – “Salud Alberto Zarzuela, Catalina Alcaraz, Cristina Carrillo Franco…” – reminded me of the families of the disappeared marching in Colombia repeating the names of lost loved ones and declaring their presence, “presente”. Whilst the Colombian case so clearly shows that the past is not past, for me the workshop profoundly illustrated that the act of commemoration is never simply the act of looking back (of remembering) but is the mobilisation of that act, the articulation of affect and the willingness to scrutinise the open wounds left by conflict.

You can watch the panellists’ presentations from the workshop here.

Dr Elston is a Lecturer in Latin American Cultural Studies at the University of Reading. She is the author of Women’s Writing in Colombia – An Alternative History (Palgrave Macmillan, 2016). 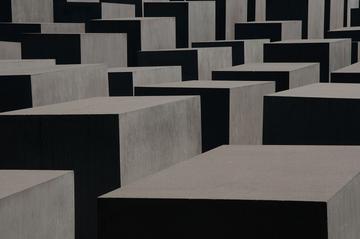