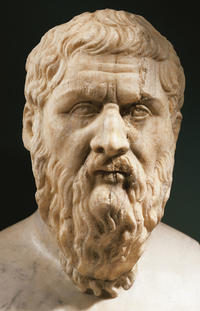 We organized a seminar on Plato's ambiguous relationship with images, which will take place on the 21st of February 2020 at the University of Oxford. Prof. Noburu Notomi (University of Tokyo) will discuss Plato's conception of images in the Sophist, whereas Prof. Stephen Halliwell (University of St. Andrews) will give a talk about skiagraphia in the Greek world as well as on Plato's take on it.

The two talks will take place in the morning, last 45 to 60 minutes and will each be followed by 30 minutes of Q&A.

In the afternoon, we will organize a roundtable of an hour and half open to graduate students, other members of the Network and whomever might be interested. There we will discuss further with the two speakers the topics of their talks, as well as connecting them to the broader aims of the Network.