The Rhodes Must Fall in Oxford (RMFO) intervention has struck a nerve not only in the British establishment, but in the heart of Britain’s cultural identity. As an organiser, who is also a British person of colour, it has been deeply enlightening, and at times depressing and yet exhilarating, to watch the reactions – from irked dismissal to sheer panic – of troubled politicians, “commentators”, former world leaders and institutions to what initially seemed a fairly uncontroversial demand. For many of those who came out in support of us, this was an example of Oxford University’s liberal mask slipping away, to reveal a deeper, insidious underbelly of conservatism which anyone who has attended this university – and any institution like it – recognises.

However, I would argue the opposite is the case. RMFO’s intervention has exposed the inherent contradictions of liberalism as it exists today. Indeed, the idea of decolonisation is a distinct departure from the fleshless “diversity” framework traditionally offered to us as the only appropriate language with which to talk about “race”. Such a framework wishes to understand “race” as incidental – rather than as a category of power.

It acts as a deflection, reducing the issue of racism – which is embedded in our global economic and political order – into an issue of interactions between individuals. It works to fragment present realities from past violence, flattening a deeply unequal history into the colour-blind, decontextualised rhetoric of egalitarianism we see today. Within this, a movement – which is far wider than Oxford and is growing across University campuses – that looks to unapologetically raise the violence of the past, and insist that the abolition of racism requires structural transformation, is deeply unsettling.

Indeed, it is no surprise that Oxford’s chancellor, Chris Patten, is not only an ex-colonial governor of Hong Kong, but considers what RMFO is doing – of critically engaging with the legacy of Cecil Rhodes, and the implication of his elevation on one of our buildings – to be in contravention of “academic enquiry”. In a system where it is customary for a UK student to study history to A-level standard and never once engage with an era in which Britain dominated a fifth of the world’s population, it is clear that the purpose of education is not to honestly engage with the past.

The kind of intellectual work we are doing – which is connected to a wider movement of undoing the legacies of Empire – constitutes a challenge to this whitewashing of knowledge production. The Empire is striking back, and it is shaking the foundations of its home.

Dalia Gebrial is completing the MSt in World Literatures in English. 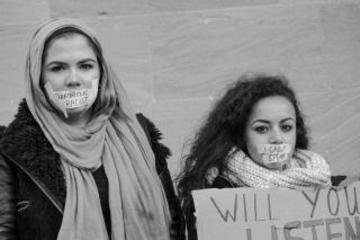