‘Enough / Reframing the Past’

Robin Coste Lewis’s masterful new collection – Voyage of the Sable Venus and other poems – won a USA National Book Award in 2015, and it is not hard to see why. Lewis is an American woman of colour who was born and lives in Los Angeles, and whose family were from New Orleans. Her collection includes the eponymous long poem, which is in twelve parts spread over eighty pages, sandwiched between lyrics that both anticipated and complicate the longer poem’s themes.

The key work’s title, Voyage of The Sable Venus, invokes the 1765 poem, ‘The Voyage of the Sable Venus’, a text by one Reverend Isaac Teale that implicitly celebrated the opportunities for while male sexual violence against black women that slavery provided. The original poem, accompanied by an engraving by Thomas Stothard which is a racist and lascivious parody of Botticelli’s ‘The Birth of Venus’ (1486), was (as Edith Hall has documented) printed in a significant publication that defended slavery, Bryan Edwards’s History Civil and Commercial, of the British Colonies in the West Indies of 1793.

Lewis’s stunning creation writes back not just to this particular cultural moment but to centuries of the objectification, fetishization, enslavement, oppression and sexual exploitation of the black female as it is both reflected and created in the visual arts and written text. As she explains in the work’s Prologue, her text consists ‘solely and entirely of the titles, catalog entries, or exhibit descriptions of Western art objects in which a black female figure is present, dating from 38,000 BCE to the present’ (35). The poet thereby refocuses our attention onto the discourses surrounding the works of art – onto text that may attempt to diminish or erase any radical potential within the art itself. Her poem ends with, instead of a bibliography, a list of around one hundred and fifty museums located all over the world – from Khartoum to Copenhagen – which are the truly transnational sources for her text (111-114).

The poem consists of eight ‘catalogs’ that include ‘ANCIENT GREECE AND ROME’, ‘ANCIENT EGYPT’, ‘THE WOMB OF CHRISTIANITY’ and others focused on more recent times such as ‘MODERN, CIVIL, RIGHT’ (in which a great deal is neither modern, nor civil, or right) ( ix-x). Lewis creates a ‘pre-national’ non-white female perspective through allying descriptions of West African, North African, Middle Eastern, African American, black Caribbean and Native American female figures.  Her artistry is in the selection and in the ordering of the words and phrases of that selection; she erases all existing punctuation, she groups and juxtaposes like and unlike descriptions, and she puns on the new meanings that new contexts bring to words. She thus effects a comprehensive exposure of a violent and often-silenced history, accompanied by a comprehensive dismantling of the discourses and the institutions that shape and legitimate that history.

Lewis conceives of her poem as itself a kind of voyage – one that at once recalls the full horrors of the Middle Passage and that constitutes an escape to new territory or existence where self-definition and fulfilment are possible.  One of the most repeated words in the poem is ‘fragment’, and another is ‘damaged’. In their new de-institutionalized contexts, away from the museum, these words speak to the history of dislocation and both literal and cultural dismemberment to which colonialism slavery gave rise. For example, ‘Catalog I: ANCIENT GREECE AND ROME’ opens as follows:

Statuette of a Woman Reduced

To the Shape of a Flat Paddle

Statuette of a Black Slave Girl

Right Half of Body and Head Missing

Lewis’s listing here captures the purportedly-objective voice of authority that characterizes conventional art historical discourse, as well as something like the tone of newspaper headlines reporting racial violence. She thereby collapses the distant and recent past into a chilling continuous present.  It is a profound protest against discourses of the original ‘Voyage of the Sable Venus’ poem/ engraving combination and of the histories and processes it speaks to. At the same time, Lewis intervenes in the ongoing nature of this kind of oppression.

Towards the end of the ‘ANCIENT GREECE AND ANCIENT ROME’ section, the representations and mood of the poem become increasingly energetic, positive and beautiful in themselves. Representations of black female figures as actors rather than as distorted into objects build up to a litany of eleven lines on the ‘female figure’ in a range of dignified poses.  The emphasis is not on fragementedness or damage but on the repeated word ‘standing’ (53). In section V (and throughout the poem) Lewis puns wonderfully on the word ‘relief’; the aesthetic term becomes the emotional concept of the ending of anguish or pain:

From the tomb (Isis

The transcendent, near euphoric tone of lines such as ‘God of joy/ and of the Dance’ are developed more fully in the ‘ANCIENT EGYPT’ section, ‘Catalog 2’.  While some broken and damaged figures are included in this section, the emphasis here is on lyrical beauty, visual richness and celebration. The figure of a female engaged in writing, moreover, that punctuates the poem as a whole, exemplifies Lewis’s technique of simultaneous protest against subordination and celebration of resurgence and empowerment.

Tessa Roynon is a Teaching and Research Fellow at the Rothermere American Institute, and is the editor of this blog. Her current research focuses on the intellectual formation of Ralph Ellison.

Voices Across Borders is always looking for new Race and Resistance Research programme members to contribute to this blog. If you would like to write a piece, or if you have a response to a blog entry you have read here, please e-mail the blog editor, Tessa Roynon. 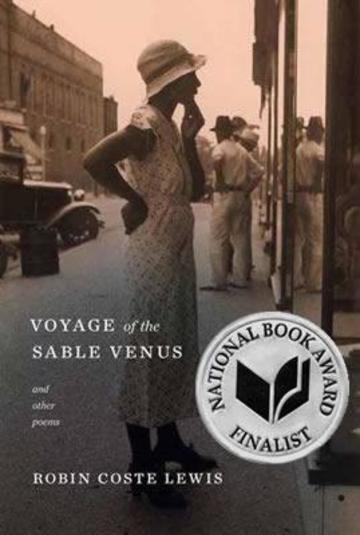