‘I felt – as anyone reading them will – personally re-charged by their writers’ power of invention, the sense they give their reader or listener of the live imaginative mind in action, of the poet as dramatist as well as performer, of poetry’s unique capacity for long-distance travel within a short space of language.’

One of the most exciting aspects of launching the network this year for me has been the opportunity to begin to create a series of SciPo publications. In June we launched the first SciPo poetry pamphlet, Haunted by Cycles of Return: Poems about Climate Change, which grew out of the SciPo 2018 theme of anthropogenic Climate Change. This pamphlet includes winning and commended poems from both the adult and the under-18 SciPo poetry competitions of 2018, as well as poems from the organisers of SciPo. We were also thrilled to include poems by SciPo 2018 guest poets, Carrie Etter and Philip Gross. Jane Draycott’s adjudication report, which is included in full, was written specifically about the competition entries and winning poems, but her words are applicable to every one of the poems included in this pamphlet:

I was thrilled to edit this pamphlet, and to work with the brilliant Dr Nicola Thomas (Queen’s College), who did such stellar work with the typesetting, design and illustration.

We look forward to producing another pamphlet next year, based on the 2019 theme of ‘Plants, Brain, and Imagination’.

To purchase copies of the pamphlet, please contact elsa.hammond@st-hildas.ox.ac.uk.

Elsa Hammond is co-organiser of the SciPo2019 New Network, and is a Stipendiary Lecturer in English at St Hilda’s College. Her research focuses on breath and the culture of air in the poetry of Coleridge and Tennyson. Elsa is also an award-winning travel writer and a poet. 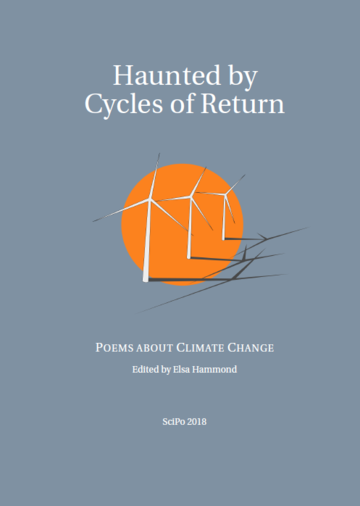