The penultimate lecture in the MOVING, TEACHING, INSPIRING series took place on 11th May with National Trust staff and members of the University of Oxford coming together to discuss the importance of fundraising and branding. With presentations from Jackie Jordan (Director of Brand and Marketing, National Trust) and Liesl Elder (Chief Development Officer, University of Oxford), we heard about various strategies used to support the work of both institutions.

Jackie Jordan kicked off the evening by focusing on the National Trust’s mission to create experiences that are ‘For Ever, For Everyone’. With around 5 million members, more than those of all political parties in the UK put together, Jackie described how the National Trust offers great days out which are affordable for most. Her aim, however, is to connect that great day out with the conservation purposes of the Trust in the minds of its visitors through strategic branding.

Jackie emphasised the need to get more visitors to view the conservation purpose of the Trust as something that is important to them personally. She described how this is being done through two clear strategies: building the brand and putting the Trust’s supporters at the heart of what it does.

Jackie went on to explain how she wants the National Trust to be known as an organisation of people making a difference. The idea that ‘people make places and places make people’ is the guiding principle for her work and led to the charity’s recent TV advert, which offered a behind-the-scenes glimpse of its work, showing people and communities coming together to support its cause. If it wasn’t for people, she argued, we wouldn’t be able to enjoy the country’s special places.

The audience enjoyed hearing about some of the strategies used by the Trust’s branding team to develop deeper understanding of its conservation projects amongst its visitors, such as the Charlecote Park appeal: ‘We need to sell 23,000 scones to complete these minor repairs… ‘a moment on the lips, a lifetime on our bricks!’

This shift in perception from visitor attraction to conservation charity, Jackie argued, means that visitors are more likely to donate, and that these donations can lead to bigger ‘legacy’ donations in the future. Jackie’s talk concluded with the idea that fundraising is an integral part of the Trust’s DNA and that raising money is a lifetime journey with its supporters.

After Jackie’s insight into the National Trust’s branding strategy and its impact on fundraising, Liesl Elder took to the stage to outline ‘Oxford Thinking’ campaign and explain how she, as Chief Development Officer at the University, attracts big donors.

Liesl explained that the goal of ‘Oxford Thinking’ is to raise £3 billion to support scholarship at the university. From building projects and new schools, such as the Blavatnik School for Government, the Oxford Martin School, and the Weston Library, to funding studentships and academic posts, Liesl demonstrated the breadth of projects that have been funded through the generosity of donors.

She then dug deeper by offering insight into the ways in which the university ‘makes the case’ to potential donors and by analysing various donor motivations. Drawing on the work of Jerry Panas, Liesl argued that there are two essential elements to attracting donors: belief in the mission and the financial stability of the institution. In other words, donors want to support excellence and to know that their donation is going to be managed effectively. ‘Donors’, Liesl told us, ‘give to the magic of an idea’. They are attracted to bold programmes that carry little risk through careful management.

Much like Jackie, Liesl emphasised the value of people and the importance of connecting donors with academics. Donors want to know who and what they are supporting and engagement with academics is, therefore, an essential part of this process. Her closing words, ‘Ask, and be bold!’ was an inspiring end to a highly informative pair of talks.

Jackie and Liesl were joined on stage by Susan Foster (Fundraising Director, National Trust) for a discussion chaired by Dr Pegram Harrison (Fellow in Entrepreneurship at the Said Business School). Pegram initiated conversation by drawing out the shared focus on people. All of the speakers agreed that putting people at the forefront of the branding and fundraising ambitions of both institutions is crucial to their success. One of the main differences in the fundraising strategies discussed by Jackie and Liesl were the types of donors that they each sought to attract. Liesl explained that she was primarily focused on major donors whereas Jackie discussed her ambition to involve all visitors to the Trust in its fundraising ambitions. By doing so, visitors are more invested and engaged with the conservation role that the Trust plays in properties and landscapes throughout the country.

Liesl then discussed the importance of the Oxford brand in achieving major donations, relating this back to her earlier comments about donors wanting to support excellence. In response, Pegram posed a question to all three speakers on the panel about how they deal with the perception that Oxford and the National Trust are wealthy brands. Jackie said that shifting the perception that the Trust’s assets belong to the Trust, to understanding that they belong to the nation, is a central part of her branding aim.

Liesl added that her office had only been founded in the late 1980s making it relatively young in comparison to its U.S. counterparts and that Oxford had not yet exhausted its donor pool. Up until recently, she told us, Oxford had been punching below its weight.

Susan Foster responded by saying that in 2004, the amount of spending on the development of legacy giving at the National Trust had been reduced, which had, in turn, reduced the number of legacy donations. Susan emphasised the importance that investment needs to be made in this area in order to attract more legacy donors.

These lectures and the panel discussion that followed raised a variety of important and sometimes challenging questions about raising funds for the work of Oxford and the National Trust and managing public perception about their value. These points of discussion will no doubt resurface in the final public ‘Heritage Debate’ on 1st June that draws the MOVING, TEACHING, INSPIRING series to a close. You can catch-up with this lecture and all over events in the series online here.

- Emily Knight, DPhil Candidate in the History of Art and Trusted Source contributor. 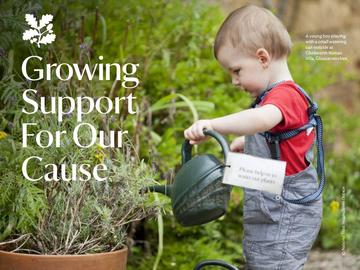