As he stepped down from his role as Head of the  Humanities Division and retired from the University, OMS sat down with Chris Wickham (Chichele Professor of Medieval History, 2005–2016) to take stock of the past decade or so of developments in medieval studies, and particularly in the theory and practice of interdisciplinarity.

Jessica Berenbeim (Fellow by Examination, Magdalen College, 2012–2016) channelled our questions, and added some of her own…

Is 'interdisciplinarity' a real thing intellectually? Is it a creative combination of analytic approaches or a kind of coping mechanism in response to artificial divisions among modern academic disciplines?

In some ways, both. It’s all the same field on one level: it’s all about the past. But on another level, it’s not, because historians are genuinely interested in different things from literary scholars, and philosophers, and archaeologists, and theologians. So if you’re interested in the interface between these different disciplines, you’ve actually got to be interested in the things that interest the other discipline. That is where the coping mechanism comes in – but it’s of course better if you are doing it because you actually want to.

But it’s not just that people are interested in different things—it’s also truth criteria. There are different epistemologies in different fields; for example, a historian will be content to regard a couple of documents as enough to establish an argument, as long as they say the same thing, if there is really no alternative. If this concerns the foundation of a castle, however, the archaeologists digging it are not going to think that’s a lot. It’s going to take an awfully long time to convince them that those two documents are as good as even really quite a small excavation, if it implies something different. And often they’re right; but a historian might not be convinced by a small excavation... So I think that truth criteria are a hidden barrier, one of the things that we need to be able to work around.

We all talk a lot about interdisciplinarity these days, but to what extent do you feel that we know what we're doing with it?

Not everybody does; a lot of it is rhetoric. But it’s not so much ‘we know what we’re doing with it’ as, different people are doing different things with it, and some people don’t know what they’re doing anyway. In that respect, it’s much like the rest of academic research. But I think that, if you’re doing it, you have to be doing it for a reason. There’s no point in doing it just to be correct. If you’re studying late fourteenth-century England as a historian, and you want to use Chaucer, you have to know why you want to use Chaucer, and how and what for. And similarly, if you’re a literary scholar of Chaucer, and you want to use court records, you have to know why and how and what for. And if you don’t, you’re going to write something that’s really incoherent.

How do you see the discourse and practice of interdisciplinarity to have changed over the past 10–15 years in medieval studies?

The climate is much more favourable towards it. People are now recognizing that it’s something that they cannot entirely do without. When I say ‘people’, I don’t mean everybody; it never is entirely everybody. But if you think of the S-curve—early adopters, the slope, late adopters—we’re further up the slope. People are now beginning to feel guilty when they’re not being interdisciplinary. I don’t think that it’s always required to engage in interdisciplinary activity, in fact I think that’s not the case at all. However, more people understand what they could do with it at the times at which they might. And I think that’s important in itself, and excellent.

History really does need to learn from other disciplines. Many historians have a bottom-line assumption that ‘I can sort-of believe this text’; it’s not the right starting-point. If you start off with the assumption that all sources are lies, you’ll actually get a bit further. I’ve always thought that the image of reading a bunch of daily newspapers is a good one, because you don’t believe most of them. Even if it’s the same story, it’s portrayed very, very differently indeed—and yet they’re using the same sources. They’re going to be telling you different things, and sometimes they’re making stuff up. But we do manage to construct our own knowledge from them, because we’re engaging in source criticism when we read newspapers, and we create what you might call quasi-knowledge on that basis. That’s as much as you’re ever going to get from anything—but you have to do the critical analysis first. Historians very often forget that bit.

What can other disciplines learn from History? I think a sense of groundedness, of what people are actually doing in their lives. Literary disciplines are really dealing with quite a small population of writers and audience, because most other people are operating in a framework that doesn’t involve writing anything down, except possibly contracts. It’s easier for someone in a literary discipline to forget that most people are not engaging in the kind of sophisticated intertextuality that Chaucer is, to say nothing of Dante. Most people are living their lives in an environment that is not simple, but has less to do with the written word.

Are universities well set up as fora for interdisciplinary research?

Probably mostly not. I think Medieval Studies tends to be better set up than later periods, because there’s a sense of common defensiveness. I don’t think we need to be defensive, but we do tend to stick together. There have been versions of Medieval Studies programmes in many universities for many years. Often they haven’t worked very well, but the sense that they ought to have worked is there. People are now taking it more seriously in other fields too, but universities are not really set up for it because they don’t really think about it enough. But even government bodies—HEFCE, REF procedures—now go on about interdisciplinarity, and then they constantly lament that universities don’t really get it. There’s a Zeitgeist in favour of it, but universities institutionally are not perfectly set up for it.

If you were determining the University’s organisation, what would you do about disciplines and faculties?

I would probably keep it much as it is, but allow for much more crossover. In graduate courses, I’d maybe require supervisors from two different disciplines, as the Masters in Medieval Studies does. As long as it’s possible to have the crossover, I think you can keep the disciplines that you’ve got, rather than reinvent uncertainly.

What specific current projects or collaborations in medieval studies would you highlight as models of how interdisciplinary research should work?

I’m excited by the Global Middle Ages project, which Catherine Holmes here runs with Naomi Standen in Birmingham. That’s a history project that gets over one of the problems with Global History, namely languages: they’re publishing a book at the moment, and each chapter is written by two people who work on different areas. Someone on England, someone on China, and see what comes together. That works well. It doesn’t work fast, because actually those kinds of collaborative articles take longer to write, but I think that it’s a very good a model for getting over certain sorts of problems.

How can medievalists best counter the utilitarian arguments for ‘relevant’ scholarship?

It’s interesting how often medieval history comes up in politicians’ language as a ‘we really don’t want to do that’. And every time, there’s such a blowback that politicians then apologise, which I think is a good sign. It is, however, the case that it does seem a bit marginal. I think there’s one basic response, if you need a utilitarian response: the cliché ’if you don’t know the past, you’re condemned to repeat it’ doesn’t stop at 1800. You’ve got to know quite a lot of the past to get that knowledge straight.

It doesn’t stop at 1500, either—there’s so much nationalism that begins in the Middle Ages. You cannot understand Serbian nationalism unless you understand Kosovo Field in 1389. Serbian oral poetry is associated very closely with the Battle of Kosovo Polje, the oral poets are singing about Kosovo Polje, and there’s famous work on oral literature and Homer from the ‘20s based exclusively on this—and then you discover that Serbian singers are singing much the same songs to the Serbian armies in the Yugoslav Civil War of the 1990s. They see it as a single process, and so should we.

What forms of outreach and public engagement do you recommend as the most effective for medievalists to undertake?

People want to know where they come from, where their families come from, and where the world they know comes from—whether you’re talking about 1800 or 1300 or 300. If you dig with archaeologists, it’s easier: the stuff’s sitting in the ground, so people can touch it. There is a great interest in the past; look at Richard III. A lot of that interest in the past is associated with things that didn’t actually ever happen—King Arthur—but it’s an interest in the past that we can satisfy and deepen. As long as we don’t end up telling stories that are too simplistic to be true.

In your interview for the British Academy Review a couple of years ago, you mentioned Game of Thrones in the context of popular representations of the Middle Ages. One thing that’s noticeable about the series is its strikingly unsympathetic view of religious belief…

Well, in Game of Thrones it’s barely there at all!

It’s actually quite interesting, isn’t it? If you look at nineteenth-century medievalism, there’s a lot more religion, because they were a lot more religious. And in the twenty-first, part of it is, this is English stuff, and England—and I say ‘England’ advisedly, because it’s not so in Scotland or Wales—is probably the least religious country in the western world.

But one of the things that seems to me profoundly the case, is that in our period the sex and the violence and the duplicity go hand and hand with religion, rather than being covered by religion in a hypocritical way. People are religious, while they engage in sex, and violence, and duplicity. Because since they’re religious all the time, they can’t not. It’s quite difficult for TV to capture that. It’s always going to look like hypocrisy to us, because we are us. It’s actually quite striking: you won’t find very much religion in Lord of the Rings either -- well, I suppose going off to the West, and it being a kind of quasi-Paradise; but certainly there’s little organized religion. It’s an odd absence, for something conceived in the ‘30s, by someone as devout as Tolkien. So it may well be that even in the twentieth century, never mind the twenty-first, it was hard to do. 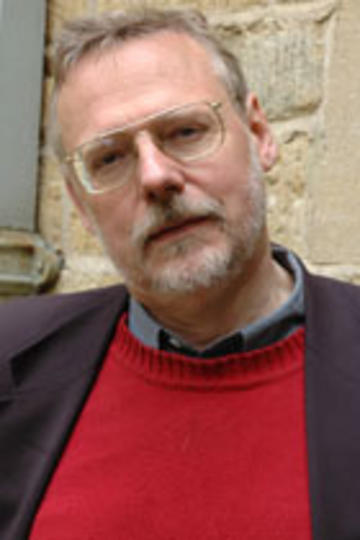