The Ambiguity of the Countertenor

The countertenor voice has struggled to find its place in music. Set aside in relation to familiar voices, it is normally confined to performing early music and operatic roles of a queer character. Challenging audience perception of gender, sexuality, and musical expectations, countertenor singers are beginning to break through preconceived boundaries. By expanding musical engagement and opening musicology to its further exploration, countertenors may become a progressive vehicle to social and musical change.

Christopher Pidgeon is a professional countertenor active in the Oxford choral scene, whose research concerns the social and musical dimensions of the high male voice.

The countertenor possesses a complex voice. Broadly, it is a man who sings using a developed falsetto vocal register: by utilising the edge of his vocal folds, he produces a voice that, at first hearing, is similar to that of a woman. With practise, the falsetto grows into a startlingly ambiguous sound which does not easily fall within the heteronormative divide of vocal classification, and many audience members will believe the voice emanates from a woman until the singer is seen. This mechanism is in contrast to a modal voice, which utilises full vocal folds and is what we generally speak and sing with.

Known for its use in early music and opera, the countertenor is in fact a modern phenomenon. While some musicologists claim the existence of the falsetto countertenor over centuries, recent scholarship suggests that it is changing semantics of the word ‘falsetto’ that led to this understanding, with first sightings often being associated with parts sung by boys and not adults (Parrott 2015). The first widely-disseminated performances came in the 1940s from countertenor Alfred Deller, whose work alongside Michael Tippett and Benjamin Britten saw him appear on the London concert platform, and, notably, the inaugural BBC Third radio concert. Such success was not without shortcomings: social ideas of these decades came to almost typecast the voice into roles personifying the Other, while audience perceptions of these singers’ lives and selves beyond the performance were left unchallenged.

The soprano, alto, tenor, baritone and bass voice classifications in western art music are reliant on the gender binary, “structured by normative ideas about masculinity and femininity” (Mottier 2008: 2). While physiology plays a part in classification (Frič and Pavlechová 2019), gender is the operative factor. For example, male voices are associated with lower formant frequencies and a resonant timbre, with differing attributes marking gender difference. Illustrating this, actors playing homosexual characters manipulate their voices to produce “higher-pitched, more melodious, and less baritone voices” (Cartei and Reby 2011: 85), indicating a departure from the norm. This binary may be seen in stark terms in choral performance. In the British choral tradition, countertenors are to be found singing the alto part in choirs, the alto being the lowest female vocal classification. The skilled singer may blend well with a mixed-voice choir, though will be visually separated from their group in any performance as the black and white dinner jacket contrasts with the flowing dresses around them.

Britten’s Midsummer Night’s Dream saw an explicit challenge to normative gender ideas of the 1960s. Alfred Deller portrayed Oberon, King of the Fairies in Shakespeare’s magical wood. The role usurps expectations of the male lead: Oberon’s voice is often overshadowed by the Fairy Queen’s, while he acts in the realm of invisibility, manipulating others without their knowledge, becoming the reimagined femme fatale of such orientalist operas as Samson et Dalila. This suggests a queering of the roles; a revolution in the semiotics of the social other.

Such ambiguity over gender signifiers lead to assumptions being made regarding the singer’s sexuality. The countertenor sound has been described as androgynous and effeminate (Ravens 2014), and with a lack of familiar signifiers for an audience to engage with, other facets of a person’s being enter the imagination. Many take the sound of the voice as a gender signifier, as the pitch and qualities sound feminine to the inexperienced ear. Studies indicate that the link is thus made to effeminacy and homosexuality (Smyth, Jacobs and Rogers 2003; Munson and Babel 2007). Others take a less direct approach: the gender signifiers are mixed, and while an assumption of homosexuality is not made immediately, one of deviancy from the norm is.

Then follow ideas of the unnatural being. The countertenor has been linked to the castrato singers of the eighteenth and nineteenth centuries; the parallel is immediate: both are high male voices. The oblique factor lies in that a castrato’s body has been physically altered, while a countertenor employs conscious, skilled manipulation of the vocal folds. The image of the castrato lives on in audiences’ minds however (Clapton 2012), and the idea of corporal alteration encourages the notion of the singer being unmanly. Upon being referred to as a “bearded lady” (Ravens 2014: 164), Alfred Deller suggested that such comments betrayed a reductive idea of what it is to be a man. Singing manuals since the nineteenth century have linked falsetto with perversity (Brett 2006), and described it as unnatural (Koestenbaum 1993). Recent musicology has described countertenors as “freak[s] of nature” (DeMarco 2002: 174), though their bodies remain as natural and unaltered as any other.

Others provide a metaphysical analysis. Wiebe (2012: 87) describes the voice as possessing an “emotional coolness… an almost inhuman purity of tone”. Inhumanity being the ultimate othering, operatic roles for the countertenor appear to have followed societal and musical trends to render the countertenor as a distinct being. Contemporary opera roles exacerbating the inhuman include The Snake Princess in Birtwistle’s The Minotaur and Sharik the Dog in Raskatov’s A Dog’s Heart.

While opera roles continue to appear, the historical associations of the countertenor remain. Countertenors are frequently called upon to perform early music, often seen as the default repertoire for the voice (Parrott 2015; DeMarco 2002). This likely stems from Deller’s work performing the music of Purcell, where Tippett described Deller’s voice as that for which Purcell had written. Recent study contradicts this assertion (Parrot 2015), however, Tippett’s belief stuck, and the countertenor came to be viewed as a window to the past. While countertenors have found opportunity in early music, few have made large strides elsewhere, perhaps due to a lack of opportunity to move outside ‘the box’ of its accepted areas of performance.

Nonetheless, there are some examples of countertenors pushing today’s musical boundaries. One such singer is Erik Karol, who has performed in popular culture endeavours such as Cirque du Soleil’s Dralion, credited as a countertenor singer. He has also released albums, including My Polyphonic Trees and Le Principe, in popular music genres. These outputs take a unique approach, combining the developed falsetto sound of a trained countertenor with baritone singing in the modal voice. Taking advantage of the timbre and pitch range of countertenor singers, and engaging in popular music performance, Karol is an excellent example of the countertenor voice’s potential in areas with which it is not normally associated.

For decades, musicologists have found little to say on the voice; audiences have rarely encountered them; and the singers have clung to familiar dogmas, striving to find and maintain their legitimacy in a performance sphere wedded to continuity. Alongside performance breakthroughs, musicology must also progress its approach to this voice, and become both more inquisitive by broadening the literature, while also considering it on its own terms. Why, and to what extent, does the countertenor continue to be in its box of both early music and association with otherworldly characters? How has audience reception to the countertenor changed, if at all, in light of wider social attitude transformations to issues such as same-sex marriage? Important questions are being neglected due to the shackles of history and the horizon of expectation in performance, and it is time that the countertenor becomes a known quantity. Should the voice become mainstream, it has the potential to open up exciting modes of musical endeavour, and act as a vehicle to greater acceptance of queer gender and sexual identities. 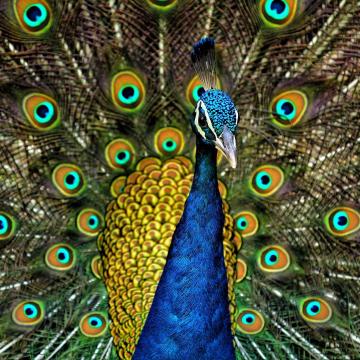