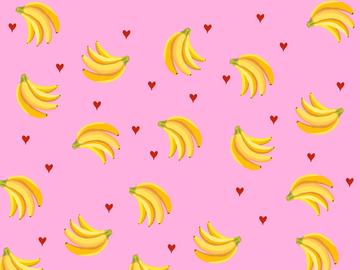 Aiden touched the bead of sweat threatening to glide down the bridge of his nose and glanced up at the sky. His father must have noticed because he placed his tools down and grunted, “Yep. The ol’ girl’s still up there. Shining.” Aiden waved in response, unsure of whether to be grateful or angry.

The morning began with mild panic as he was shaken awake by his mother. Next to him, his mobile phone beeped shrilly, in competition with his mother’s delirium; the screen flashing red. Aiden rubbed his eyes free from sleep. All he wanted was undisturbed rest.
“Your father has been trying to fix the motor all night! Go help him!” Rita pressed. “Or else we won’t have food - again!” Aiden groaned and got off the bed, ignoring the stale smell of unwashed sheets and glaring at his phone screen. The message from the Control Tower echoed his mother’s concerns; “Hydro Pump Down in Community Ground #351, Tree #BA7. Attend ASAP.” Aiden knew his mother’s panic stemmed from reasons graver than a broken motor.

Breakfast was several sips of three-day old coffee. Aiden had never felt the rush of caffeine in his veins but his father assured him that once, it had been a fuel for the masses. Outside, the older man was tinkering with the pump, a look of seriousness in his eyes; the rest of his face covered with a Bio-mask. “If we can fix this baby and have it running within three hours, we should be fine,” he said, gesturing towards the tool box. He spoke calmly but Aiden knew that they were already too late and if they didn’t hurry, the authorities would arrive and question them for Mishandling. He hoped that it wouldn’t end in an arrest.

The world is a different place. Aiden, 18, sunburned, malnourished, had been born into a life of survival. Following the Great Pandemic of 2020, humankind had found itself in a struggle against the elements - years of heavy pollution and scorched earth policies had ravaged the planet, paving the path towards a future empty of resources and shrouded in a veneer of smog that left millions dead. The world was now home to a dying population of Trees; the Amazon remained the only existing Rainforest while the vestiges of other Rainforests had turned into Prohibited Zones; monitored by remote-technology and managed by exhausted locals. A fleet of machines had been deployed, strengthened by previously classified war-time tech to oversee all Enclaves in the world. The inexhaustible task force of drones, bots, and cameras, constantly watched over the Citizens, feeding data back to a digital archive. The Citizens were tasked with the care and protection of Plants; an activity that miraculously required the touch of a human. Aiden knew he was lucky, in some ways. His e-friends published blogs about being in Enclave Camps; only let outside to water and prune exotic Flowers for Museums, curated by the Higher Ups. A recent live-stream showed drones buzzing over a young girl who had unknowingly cut through a Hibiscus stem, killing it immediately. People spoke of her death for months.

Things weren’t as bad here. Common Ground #351 was nothing more than a few squalid buildings pressed around a dreary shared garden. This was where Tree #BA7 existed; one of the few remaining Banana Trees in the country and therefore of Utmost Importance. Large, sprawling and unmerciful in it’s absorption of precious water, the ​Musa balbisiana ​sat in the middle of the garden, wide, emerald leaves shading the bulbous yellow bananas that jutted out from it’s thick green trunk. Uncertain whether a wicked joke or a tactical move by the Governing Body, but having a valuable tree in a community full of starved men and women, meant that Aiden and his family were at the mercy of Surveillance Drones or SurDrons (or as his father liked to call them under his breath ‘nasty little tattletales’) that swept the area every two hours, monitoring the progress of the people and plants.

So far they hadn’t had too many incidents, but there were stories of a man who lived here not too long ago, who had plucked a fruit for himself and had been shot on sight by a small army of SurDrons. “He was greedy,” Rita would say, “ Said he missed the taste of fresh fruit.” Aiden didn’t know what fresh fruit tasted like. 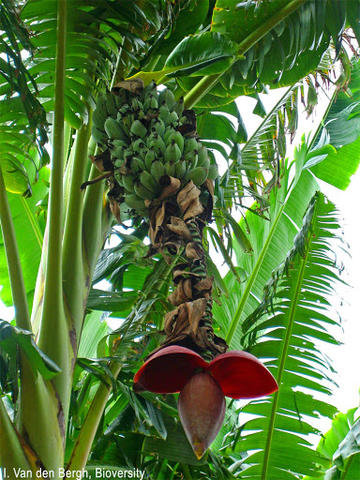 As he worked on fixing the pump that automatically watered the Banana Tree, a drone hovered over him. It scanned his face and beeped.
Banana Trees require a lot of water. The rate of water absorption from the soil was immense and given the squalid conditions of the environment it was a surprise that the Tree was alive and upright at all. His father had gone into great pains to secure the Tree from the elements. A thin net would be set up to protect it from dust storms and the smog. There were nights he would run out with a wrench to fight off mutant rodents who craved the soft flesh of the Fruit. Aiden recalled a week where they only ate fried fish skins because his father had spent all their Currency on a Banana cultivation manual. “We save the Tree, we save ourselves,” he would say, often.

Therefore, it came as a shock to Aiden. As the sound of arriving Surdrons echoed in his ear, he watched his father raise his tool box and with a savage yell, throw it against the Banana Tree.
He had had enough.

Months of care and sacrifice were sliced through in seconds. The Hydropump spluttered and died as the metal box, heavy with tools, cut through the soft tree trunk. A siren wailed as the inhabitants of Common Ground #351 curiously ran outside. Aiden’s eyes blurred. Amidst the screams of his mother in the background and the excited whirring motors of the surveillance robots, he almost didn’t hear the sedation bullets whisk through him.

We hope you enjoyed this story by Udani Kottearachchi, one of the runners up of TORCH's Flash Fiction competition, themed on "AI, Technology and the Humanities". You can follow Udani on Twitter at @sheshadri__. Please click here to learn more about the competition. Illustration by Anbara Khalid.