The Countryside Through a Queer Lens

Originally published by Medium on the 12th February 2021

An American friend recently questioned whether there was anywhere that could reasonably be described as rural in the UK. The remark, tongue-in-cheek, had been made in response to a conversation about Suffolk (where I had grown up) and my plans to make a film there and in other parts of the UK about queer rural experiences. To my friend, ‘rural’ conjured up images of their home and the vast swathes of the American West, the Rockies, the Appalachia, the Plains… and so on.

When they thought of the UK and certainly the south, the dominant image of The Countryside was a vision of Merrie England. It’s that image of rural idyll we see when our well-to-do characters go off to their country houses in shows like Bridgeton or Merchant-Ivory films. It’s the imprint on the National Trust tin of fudge. It’s the countryside of endless summers, orchards, and ploughmen turning the soil of large expansive fields. It is the setting of Swallows and Amazons, cricket, and Constable’s paintings.

As Raymond Williams shows in The Country and the City, this “Merrie England” version of the countryside as a place of pastoral innocence compared to the city’s corruption is a historical lie which we like to coin anew with each generation — most often as a way to make money but more worryingly as a way to play up to jingoistic ideas of Brexit and Great Britannia. Let us not forget that most of those large private houses now run by the National Trust were built on the exploits of colonialism.

There have been writers who have offered a more realistic or nuanced view of rural parts of the UK. Ronald Blythe’s work is perhaps some of the best known. His survey charted the hard conditions endured by many agricultural workers, and both he and his successor, Craig Taylor, in Return to Akenfield have gone some way to depicting the tough and lasting changes to rural life. W G Sebald, too, in The Rings of Saturn was not afraid to show how ‘rundown’ places like Lowestoft had become.

In all these accounts of rural Suffolk, there was a recognizable world in which I felt an elusive sense of belonging, but at the same time, their vision was overwhelmingly straight. I could see something of the natural world of which they wrote, but they did not speak about the queer rural experience.

That is one of the reasons I wanted to set out on recording a queer history and experience of the rural UK, but in doing so, what I have found are stories that begin to offer a more nuanced depiction of the countryside for all of us — particularly in relation to class, poverty and forgotten places. I spoke with many people who felt as though they had little choice to leave the rural places where they grew up because there were not LGBTQIA+ services near them, or there were fewer job opportunities, or there were fewer queer venues, and those that were around required someone driving for miles. One person who did not drive explained the irregular transport links to the local town made their social life difficult. Rural, in these terms, becomes something we end up characterizing as a place of lack — we end up emphasizing it in negative terms against the city, which is the place of ‘more’. The truth is that many of these problems can as equally apply to many coastal and smaller market towns, and not just the village.

Yet, even though these are very real problems of rural places, it is also an oversimplification of what the rural UK is like. I have spoken with LGBTQIA+ people who have lived and worked within twenty miles of where they were born who either chose or could not leave and have made a life for themselves. I spoke with Ali, who fed up with driving for miles to the nearest queer venue in the next county, set up an LGBTQIA bar and club in Ipswich, which drew 170 people on its opening night. I have seen projects where queer and straight farmers have worked together and have talked with Trans people who have been visible role models by going into rural schools or chatting with parents. These are people who are emotionally rooted in their communities and have worked tirelessly to make them better not just for the LGBTQIA+ community but for all the local people.

This is not to deny how difficult life can be for LGBTQIA+ people in rural areas and as part of my conversations, I have also heard of local Trans services being cut because of a lack of funding and queer spaces closing down. The lack of public services can make LGBTQIA+ people feel acutely isolated but really these aren’t only queer issues, they are about the way rural communities have been neglected as a whole.

With Covid, many of us have sought solace in escaping to the countryside, descending on places like Cornwall and the east coast. But when we go there, we go on our own terms, visiting briefly without properly understanding the local economies and then returning to our towns and cities, which we tend to value more because they seem to have more to offer, or they fit with our ideas about what success means.

The trouble is that it becomes a self-fulfilling prophecy. We are happy to slap Downton Abbey on a tin of biscuits and sell them for ten quid but are we willing to invest in proper transport links, new jobs, local libraries, pubs (queer or otherwise) that might offer more opportunities for those of us living and working in rural areas? If we really want to understand the ways in which the countryside has been neglected, highlighting queer experiences can be a useful place to start. 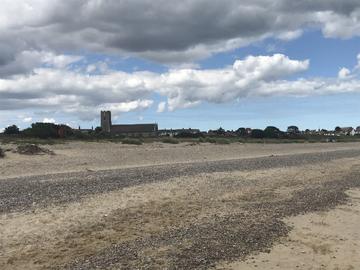