The last few years have witnessed an unprecedented rise in the number of displaced peoples from and across the Mediterranean, particularly in relation to the so-called ‘Middle East’. At the end of 2014, the UNHCR had estimated the number of displaced people globally at 60 million – many from the on-going conflict in Syria which approaches its fifth-year anniversary this month. As of January, over 13 million people have been displaced from and in Syria, including both those fleeing the country and those trapped internally.

A series of recent articles by the Guardian have posed the question as to what universities can do in relation to these global events. It discussed, for instance, the scholarships offered for refugee students across several UK institutions in October of last year. In December, it reported on “Aamir” (not his real name) who, awaiting asylum in Germany, has been attending lectures at the University of Bremen free of charge. Aamir, then aged 27, has spent his formative years fleeing warfare with his experience of higher education put in jeopardy. He is only several years older than most students attending British universities now. For him, however, and to quote the article, ‘University is the one place where you’re not labelled’; it is a liberatory space of sorts.

So, the question remains, what can universities do in relation to conflicts in Syria, Iraq, and across the globe? I have no answer. And I struggle with suggesting that we can find a simple solution or that the Race and Resistance seminar I recently chaired will have anything akin to a revolutionary impact. But I do think that conversations about global injustice are important and that as scholars of (broadly speaking) ‘postcolonialism’, we should endeavour to make this discipline a living one, one that responds to and engages with issues of postcoloniality in the not-so-post­-anything present.

A brief rupture into the autobiographical – and one that I hope does not, in any way, co-opt these discussions – I am a London-born, half-Cypriot, and my family members were made refugees, both internally and through exile, in the years of its civil war leading up to, and culminating, in 1974. The preceding year saw the Yom Kippur War; the following, the onset of the Lebanese Civil War. Some of my family still live in refugee accommodation in Cyprus, and my late grandfather’s land is still uninhabitable: before his death, he had not returned to his home village for over forty years.

My mother inherits his refugee status – although I do not because, according to Cypriot law, such status is only passed down from men to their children. My point is that I am now a doctoral candidate studying literatures of Cyprus before and after partition and I do so, if not proud (how can one be proud of the legacies of war?), then constantly aware of the histories that have brought me here to ask salient questions about colonialism, nationalism, and warfare in, or around, the Eastern Mediterranean.

Not all of us Mediterranean migrants, as some have claimed in response to the Cologne attacks, are rapists and criminals. (And here I almost reclaim the word ‘Mediterranean’. We use it in reference to package holidays or fad diets, but are less comfortable using it in relation to the post-colonies on the sea’s eastern and southern shores).

While the responses to the so-called ‘migrant crisis’ or ‘problem’ from the (right-leaning) press have been concerned with its impact for continental Europe, less attention has been placed on listening to the voices and needs of vulnerable refugees themselves. The ‘problem’ for Europe, according to these narratives, is greater than the problems faced daily by displaced peoples.

As we have seen over the past few days, the Conservative government has gained enough momentum to organise an EU referendum, one which seems to gravitate predominately around questions of immigration, but has, for years, lacked the impetus to organise a uniform and developed response to either Al Assad or so-called IS. (Perhaps such a charge does not, however, direct enough attention towards Russian vetoing of intervention in Syria).

Even the naming of current events catastrophically fails to recognise the important distinction between migrant and refugee.

In opposition with these images in the British press, recognition of the voices of those often rendered voiceless is needed. Moments of speaking out against dominant discourses – even through that graffito in Berlin asserting, in Arabic, that ‘Homeland is racist’ – need to be heard. And added to graffiti are the interviews, prose fiction, and poems being – and having been – composed by Mediterranean refugees. If it is a subgenre of postcolonial literature, it is not a new one.

Amnesty International refers to the conflict in Syria as ‘the biggest humanitarian crisis of our time’. It is a disaster that is re-shaping assumptions about international relations and the lessons of history. If Syria, and Iraq, are the greatest catastrophes of this generation, then what does this say of the impending centenary of the Sykes-Picot Agreement drawing-up and carving-out the modern ‘Middle East’?

In August of last year, the UN’s very first Security Council meeting addressing LGBT rights was prompted in response to violence against sexual minorities by IS. At the Council, the Syrian-born Subhi Nahas was given the opportunity to have his voice heard on the human rights of doubly-oppressed queer refugees.

Previously, in mid to late 2013, at least two UN Resolutions were passed safeguarding the rights of women in the face of conflict. 2106 addressed sexual violence, while 2122 engaged with the agency of women in the forming of peace processes. It is without hyperbole, therefore, that I suggest that contemporary events in the ‘Middle East’ are dramatically altering the world stage – not only in terms of superpower relations, but on issues of social identity and free expression.

The same can be said of literature and other cultural products. For the postcolonial theorist Homi Bhabha, World Literature is now a discursive territory crucially mapping the ‘transnational histories of migrants, the colonized, or political refugees’, and it is within these narratives that the subjective voices of the displaced are found and need to be listened to, not ignored. Edward Said reminds us that ‘Western culture is in large part the work of exiles, emigres, refugees’.

In November 2013, the Oxford Students’ Oxfam Group published a poetry anthology named after its first poem, ‘Shall I Write About My House?’. Composed by a young Syrian refugee, Reema, it narrates the homelessness and statelessness she experiences wrest from a birthplace reduced to a figment of the imagination. ‘Syria, my beloved country/ Will I ever return back to you?/ I had so many dreams/ None of them will come true/ All I want is to live in my country in freedom’. It is a call for the basic human right for a stable home, if not also a homeland, that many of us take for granted.

Yet, its themes are not new. For the Cypriot poet Mehmet Yaşın, ‘Only as a ghost can I now return to my own home,/ emerging from blurred mirrors’; a fractured identity between states, between past and present, between life and death. Equally, Panos Ioannides commences his short story, ‘The Suitcase’, with the paradoxical image of a receptacle ‘neither big enough to hold the absolute essentials nor small enough for [its owners] to decide that it would only hold the playthings of memory’.

For Nora Nadjarian’s cartography of a divided Nicosia, ‘they pulled down the house I was in love with. The derelict house in No-Man’s-Land, whose walls came crashing down reluctantly’. These are the expressions of Cypriots who individually speak, in order, Turkish, Greek, and Armenian, but whose displaced perspectives all intersect as shared articulations of loss and longing.

For postcolonial, post-partition Cypriot writers, the Cyprus of their childhood, of their parents’ and grandparents’ generations, no longer exists. Except through the re-visions of the reclamatory word. Comparably, for the Iraqi-born poet Manal al-Sheikh, now based in Norway, ‘I really hate to say this but this is the truth, there is no Iraq now’. Except, perhaps, for the Iraq preserved in her verse.

It is imperative that these voices are recognised and not forgotten.

Daniele Nunziata is a doctoral candidate in English at the University of Oxford, researching literary representations of Cyprus.

Helen Lock and Zofia Niemtus. ‘“We Want to be Part of the Solution”: Universities Reach Out to Refugees’. Guardian. 2 October 2015. 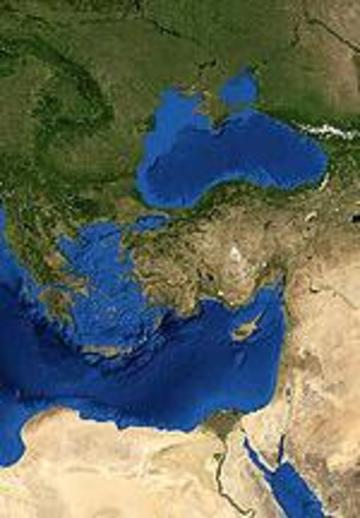