The war memorial has become one of the most familiar symbols of remembrance. Found in almost every town and village throughout Britain, many were erected in the years following the First World War by communities as they sought to make sense of the devastation caused by the conflict. Memorials gave focus for grieving relatives with no graveside at which to mourn and sought to situate each personal loss within a broader national narrative; giving purpose to the deaths by framing them within a context of sacrifice for King and country. As time has passed from their construction many memorials have remained at the heart of community life and have taken on further remembrance values as names were added following the Second World War and subsequent conflicts.

But, as the memorials themselves began to reach their centenaries it was recognised that many were falling into disrepair and were under threat as the built landscape changed around them. In response to this need the First World War Memorials Programme was created to conserve and protect as many memorials as possible during the course of the FWW centenary. The programme is funded by the Department for Digital, Culture, Media and Sport and is run by Historic England in partnership with Civic Voice, IWM and War Memorial Trust. Central to its aims are adding memorials to the National Heritage List for England and distributing £2 million in grant funding for the conservation and repair of war memorials.

This listing and grant aid acknowledges the value of war memorials as heritage objects in their own right. It recognises not only their architectural and artistic value but also their social value as testaments to the impact of the war on local communities and the community effort responsible for their creation. But this recognition and the consent required as a consequence of such recognition could be seen to be at odds with the flexible nature of memorials and their ability to be adapted in response to the needs of the community they serve.

On one side of the argument the requirement of listed building consent before names are added or changes made to the structure forces memorial custodians to think more carefully about making changes, about who these changes are made for, and how they are carried out. Yet, on the other side of the argument listing a memorial and elevating the permission for such changes to a local authority or government body is seemingly directly at odds with the very thing that gives them significance; that they were created for, and maintained by, the local community for continued use by that community.

Emma Login was a panellist at the first workshop of the Monumental Commemoration strand, ‘Museums and National Identity’. You can listen to the panellists’ presentations on our podcast series. 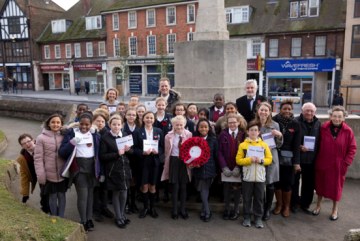