The King of Bermuda

Reverend Kingsley Tweed eloquently held court at Pembroke College on 8 May as guest speaker an Oxford University seminar focusing on the Bermuda Civil Rights movement.  Most octogenarian monarchs would, one supposes, be more inclined to opt for a gentler pace of life.  Not this lifelong social activist, who continues his devotion to fighting injustice in Bermuda and beyond with unrelenting vigour as well as charm.

Rev. Tweed welcomed his courtiers with an impromptu performance on the piano. This was followed by a screening of the documentary 'When Voices Rise'.  The film, made by Guyanese filmmaker Errol Williams, powerfully documents actions taken by the brave black Bermudian men and women during the 1959 Theatre Boycott which ultimately led to the desegregation of Bermuda. Rev. Tweed’s fearless leadership of the desegregation movement precipitated his victimisation by the ruling political and economic powers, and de facto exile from Bermuda.

The history of Bermuda, an Overseas Territory of the United Kingdom, is rooted in an oppressive system of slavery and segregation. Legacies of these structural inequalities remain evident today in Bermuda, as well as in Ferguson and Baltimore. It is undeniable that in countries such as Bermuda and the United States ‘white privilege’ is a reality.  One could summarise the phenomenon of white privilege, albeit crudely, as the fact that ‘white people benefit most from the legacy of racial oppression.’

The ongoing legacy of this freedom fighter is something that every generation could learn a great deal from. Indeed, the audience, made up of students, academics and Bermudians, including the former Premier of Bermuda Dame Pamela Gordon, were deeply inspired by the apposite nature of his message for the injustices facing our world today.

After the film screening, Rev. Tweed was invited to the stage to field questions from Professor Stephen Tuck (Director of TORCH) and the audience.   His voice rose above the applause that resounded after each impassioned call for justice for people across the world. The combination of sharp intellect, comic genius and oratorical skills of this ordained African Methodist Episcopalian Minister were a welcome change from the sometimes monotone lectures delivered in the hallowed halls of Oxford.

When most of us live a life of happenstance and hypocrisy, failing to match practice with proclamation, the unswerving commitment to justice of Rev. Tweed is truly an inspiration.  Note to self, watch less TV and try to do a bit more to make the world more equitable for more people. The energy of the lecture theatre brought to mind the catchphrase of the Bermuda tourism campaign slogan “BERMUDA: feel the love”. Oxford University certainly felt the love for Rev. Tweed.

Alexa Virdi is a Bermudian DPhil Candidate in Law at the University of Oxford.

The Pembroke College event was co-organized by Kevin Minors, a Bermudian PhD candidate in Mathematics at the University of Bath. 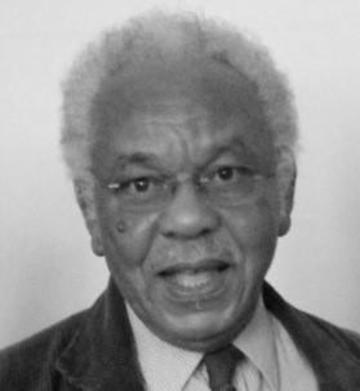