In the context of the ‘Grave Stones’ workshop, the second in our Monumental Commemoration strand, Dr Silke Arnold-de Simine (Birkbeck, University of London) responds to Dr Catherine Gilbert’s questions about the future memorials and heritage sites, the role of empathy and the changing nature of the visitor experience.

CG: You’ve talked in the past about the ‘paratexts’ – the narrative frameworks – that surround monuments and memorials. Do these paratexts help or hinder commemorative practices and how can we better understand and respond to them?

SA: Maybe I should first of all explain the term ‘paratexts’ which was coined by the literary theorist Gerard Genette.  He used it to refer to the material that surrounds the main narrative text, such as titles, dedications, forewords but in a wider sense also includes interviews given by authors in which they talk about their texts. I think this kind of material is more and more important in the context of memorials as they are increasingly more abstract and maybe also more ‘unreadable’ or ambiguous. You could say that the information centres that are often added to these memorials become part of the paratexts.

CG: Your current work on museums, memorials and heritage sites focuses on the immersive strategies used to engage and evoke empathy in visitors. How important is empathy as an ‘appropriate’ response to memorial sites?

SA: I don’t think that teaching people to be more empathic is a solution: even if people are more empathic they will always be so selectively (that is they can turn their empathy on and off, they can shine it like a spotlight onto an individual or a group they feel is deserving of their empathy and exclude others). It would be more helpful to engage with the limits of our empathy and to put safeguards in place which counterbalance these limits: ethical principles and convictions, human rights, international humanitarian laws – that might sound cold and detached but they work better to ensure that we are not only compassionate with those who we recognize as part of our self and communities.

In addition, empathy might help us to understand what somebody else is feeling but that does not contribute to a comprehension of how this person was violated, what the violence is and how we ourselves might be capable or already part of an ongoing violation which we don’t comprehend because we are busy feeling sorry for members of our in-group and ourselves. We need to understand ourselves and others in a non-idealized way as complex beings, capable of much good but also capable of hurting and violating others, tolerating intense emotional ambivalence without resorting to stereotypes and clichés.

CG: To what extent do you see commemoration becoming a user-driven experience? (I’m thinking in particular of the example of the hologram of Holocaust survivor Pinchas Gutter.) What implications might this have for the future of commemoration?

SA: A lot of what looks like user-driven might be better described as participatory commemoration; that is, the audience is not passive, but becomes part of the commemorative performance in reactions that might look as if they are not prescribed, not ritualistic, but freely chosen. But I think they do to some degree amount to more or less subtle guidance: so visitors to the Holocaust Memorial in Berlin will either respond to the title of the memorial and choose to interpret the columns as symbolic of maybe a cemetery, or as a public art installation that invites a playful interaction. So the moment we step out of a prescriptive ritualistic performance it becomes a user-driven experience. The question is how comfortable are we with the choices people make.

In regard to the example you mentioned, the hologram of Holocaust survivors, a project a technology developed at the Institute for Creative Technologies at the University of Southern California in collaboration with the Shoah Foundation. The Foundation does not only keep a video library of survivor testimonies (since 1994) but also hosts audiences to meet survivors and talk to them. With their ‘New Dimensions in Testimony’ (NDT) project they aim to extend this powerful emotional experience of encountering a survivor beyond their life-span by producing holographic simulations to enable conversation-based testimony. In March 2015, the Shoah Foundation began public demonstrations at the Illinois Holocaust Museum in Skokie and the Take a Stand exhibit has now opened to the public on 29th October 2017.

The user-driven experience provided by the holographic Pinchas Gutter is only a simulation of an interpersonal encounter. After all the computer programme does not really react – its database is merely activated through voice recognition – or remember: its algorithm simply offers differential responses to certain types of sound patterns. The voice recognition is activated by external stimuli it neither understands nor engages with the person asking the question. It searches for structural matches between the database of Pinchas’s verbal memories and the specific words that are spoken by the user. Then the algorithm selects the appropriate memory story from the database and replays the performance from the testimonial video capture. The hologram doesn’t ask us to listen to his story but to search the database according to our interests and questions.

There is a danger that memory becomes instrumentalized in the drive for the ‘money shot’ of memory: ‘what was your most traumatic memory?’ The historical situatedness of the trauma is getting lost in this user-driven editing and curating of the holographic experience: as the questions are driven by and center around affect rather than historical context they steer the connections made by the database. The more questions of a certain kind the hologram is asked, the more the algorithms will learn to use standard responses that address just these aspects. Certain (recognizable) words are given privilege over others in a sentence and these words (and sounds patterns) become the dominant triggers.

However, it is not only the historical situatedness of trauma that might become lost, but also an understanding of the structural violence as its cause. There is a need to differentiate between historical and structural trauma. This is a very useful distinction in the attempt to understand and conceptualize the workings of trauma which allows us to see how situating trauma clearly in the past can detract from the fact that it is not over and done with but that we are implicated in ongoing structural violence. While this distinction serves a useful heuristic purpose, it doesn’t allow us to understand how everyday racism affects personal experiences or how psychosocial dynamics help to uphold these structures of racism. It is important to remember that there is a structural dimension to historical violence just as there is a historical dimension to structural violence. This means that we don’t only need to understand trauma’s synchronic cultural, social and familial embeddedness but also the diachronic legacy and enduring ‘psychological, political and moral consequences’ of violence, oppression and injustice.

Silke Arnold-de Simine was a panellist in the second workshop of the Monumental Commemoration strand, ‘Grave Stones’. You can listen to the panellists’ presentations on our podcast series. 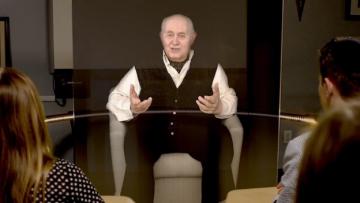