The Oxford Medieval Studies programme at TORCH recently organised an interdisciplinary workshop on the topic of ‘The Medieval List’. I would like to focus more on responding than simply reporting, so I will begin by offering only a very brief outline of the papers in a list of my own:

After a few hours of list scholarship, I was left seeing lists everywhere and in everything. Thinking of the inclusive, heterogeneous and relatively unstructured type of poetic list exemplified by Maxims II, where should the line be drawn between a list and a sequence? Is all verse, as a sequence of words with relatively tight formal organisation, close to a list? If so, we might want to think of the list as a formal choice as well as a utilitarian tool antithetical to poetry.

That idea of utility is closely tied to the idea of the list today but might deserve a closer look. Discussing lists of books’ contents, both Elizabeth Eva Leach and Daron Burrows noted that the ones present in their manuscripts are less useful than they initially appeared—they are not entirely truthful or helpful representations of the contents they claim to identify and render accessible. Without being too cynical about the people behind these particular medieval lists, should we think more about other kinds of ‘utility’ in unhelpful lists of contents? Was the impression of completeness itself valuable, desirable—pleasurable? Could an unhelpful list be useful as a kind of ornamentation?

More broadly still, examples such as the records of persecution discussed by Anna Sapir Abulafia and the pointed, interventionist historical listing which Julia Bray argued for in the work of Ibn Ḥabīb might suggest that the list in all its variety is one of our dominant tools for organising lived experience—one of writing’s most common reactions to time and space.

That is a very broad, unifying set of possibilities, and I would also like to approach the variety of the medieval list by making distinctions: what are the ways in which lists can differ from each other? Lists can be exhaustive, or at least aspire to be exhaustive, or they can be selective. Tables of contents, the lists contained in the Nuremberg Memorbuch and the modern finding aids adduced by Elizabeth Eva Leach, for example, aspire to be exhaustive. I suggested above that some lists of contents in books at least give the impression of completeness. Excluding things can be a useful approach too, of course: Richard Sharpe suggested that the library book list discussed in his paper was an individual’s selective, working set of notes on texts of interest to them within a larger collection. But perhaps some lists are neither exhaustive nor selective, but putatively endless—it seems to me that Maxims II fits into this category, offering the impression that the poet has boundless skill and could advertise his repertoire forever if given the time. Finally, most of the lists discussed at the workshop list entities which are categorically equivalent, such as songs, or martyrs. Ibn Ḥabīb’s list, distinctively, draws connections between otherwise different people unified by displays of power after their death, and perhaps derives some of its effect from asserting that equivalencies exist and waiting for the reader’s mind to fill them in. Maxims II might operate in a similar way, and certainly Andy Orchard offered a reading of it as a chain of riddling ties.

One natural common thread linking the papers was a conviction that lists are powerful, subtle and interesting. The lists discussed on the day might function in different ways, and some of them might not fulfil their ostensible purposes very well at all, but they were all productive objects for discussion. By finding and listing distinctions between these and other lists we might begin to create a framework with which we can more precisely describe the workings (and not-workings) of the lists we study.

Daniel Sawyer recently completed a DPhil thesis using manuscript evidence to understand how Middle English verse was normally read. He is interested in the history of reading, in the survival and non-survival of medieval books, and in combinations of quantitative and qualitative codicology. 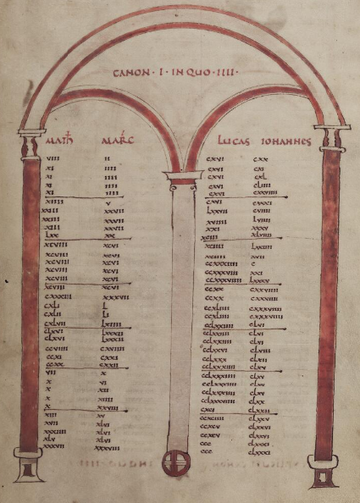