The Rest is Silence

What on earth will we talk about? Proposing a workshop on the role of silence in post-war commemoration seems a little self-defeating: why expend verbal discussion on the absence of language? Why not simply stay mute and let the ensuing silence somehow communicate its significance itself?

In many ways, The Rest is Silence, the last workshop of the Aural Strand and, indeed, of the Series as a whole, will be the most challenging. But I also hope it will be one of the richest and most enlightening. For silence, I think, is a very powerful means of human expression.

That power came home to me when I read Diarmaid MacCulloch’s wonderful book Silence: A Christian History. MacCulloch mentions a passage in the biblical book of Amos in which Yahweh discloses to the prophet an imminent massacre of his people:

And the songs of the temple shall be howlings in that day, saith the Lord God: there shall be many dead bodies in every place; they shall cast them forth with silence. (8.3)

‘This is a picture of a massacre too horrific even for the noise of mourning,’ writes MacCulloch (p. 13). That notion has enormous resonance: the instinctive response to the worst that can happen is a being-present without words, a silent witnessing.  One of our defining traits as human beings—the ability to talk—is un-deployed in the face of catastrophe of such magnitude that it threatens our humanity. No comment, indeed. Can commemoration, through silence, harness the extraordinary solemnity of such a moment?

The poet William Wordsworth, who was interested in both monasticism and Quakerism, experienced another kind of silence. On a visit to London in 1808, he stayed with his friend Samuel Taylor Coleridge in his lodgings in the Strand. He left the house at 7am—it was a Sunday morning—and began to walk eastwards. Passing Temple Bar and St. Dunstan’s Church (destroyed in the Second World War) and immersed in his thoughts, he looked up suddenly to behold a dazzling sight:

I saw before me the avenue of Fleet street, silent, empty, and pure white, with a sprinkling of new-fallen snow, not a cart or Carriage to obstruct the view, no noise, only a few soundless and dusky foot-passengers, here and there; you remember the elegant curve of Ludgate Hill in which this avenue would terminate, and beyond and towering above it was the huge and majestic form of St Pauls, solemnised by a thin veil of falling snow.

The vision—the mighty cathedral, veiled in snow, rising above the silent and empty thoroughfare—affected Wordsworth profoundly. He captured the moment in a poem, ‘St. Paul’s’, describing the scene as ‘Pure, silent, solemn, beautiful’. This kind of silence is as powerful as that described in the Book of Amos, but a feeling of exaltation replaces the numbness.

My hope is that, in the Aural 2 workshop, we will encounter silences of equal complexity and significance. 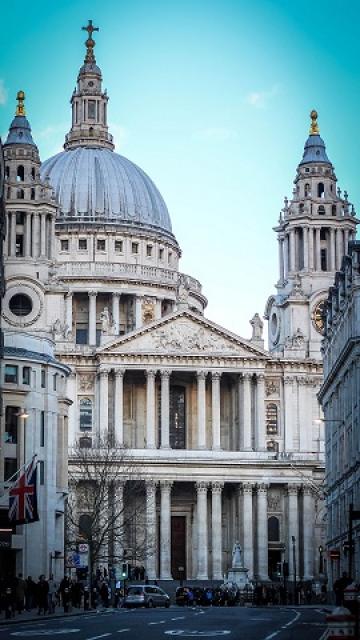