The speed of modern life - and advice from the Victorians 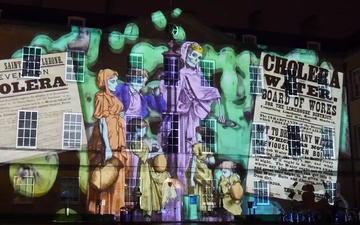 On Friday March 6, our very own Professor Sally Shuttleworth spoke on Radio New Zealand with Kathryn Ryan about her project, Diseases of Modern Life. This project explores the medical, literary and cultural responses in the Victorian age to the perceived problems of stress and overwork, anticipating many of the preoccupations of our own era. Prof Shuttleworth's project has been turned into a spectacular sound and light show, which will be on display in Dunedin on Sunday night. Funded by the European Research Council, Prof Shuttleworth's project started with her reading a comment by a medic from 1860:

“[He was] saying we live in an age of velocity of thought and action, and our brains process more in a month than our ancestors did in their lifetimes.

You can listen to the whole interview here, and learn more about the Dunedin Light night here, and our own light night held in November 2018 here.