Dr George Busby successfully applied for the Theatres Seed Fund 2018/2019. Here, he reports back on his collaborative project with theatre company Reading Between the Lines.

A couple of years ago I was talking with an old friend about a job I’d recently started at one of the University’s newest research centres, the Big Data Institute. Although I was most interested in talking about the work I was planning to do to translate and communicate insights from my group’s research on malaria genetics to policy makers and health ministries, it was when I described the overarching goal of the BDI that a lightbulb of inspiration flickered in my mind.

The BDI’s mission is to “analyse large, complex, heterogeneous datasets to understand the causes and consequences, prevention and treatment of disease”. Data is at the centre of the BDI’s name and research ambitions, but to my friend, the idea of data-driven healthcare was completely foreign. He just had no concept of how people in research centers like ours were building new and exciting ways of using our data to understand the causes of disease better, with the eventual aim of predicting risk so that interventions can be targeted on those most likely to suffer from disease. Over the course of our conversation, it became clear that there was both a need and an appetite for new ways to communicate, and perhaps more importantly, openly discuss how data and technology were going to impact our future.

Coincidentally, this same friend runs a theatrical production company, Reading Between the Lines, and so we began to discuss how theatre might be used to develop the conversation around healthcare, data and everyone’s future. I’ve worked reasonably hard to engage people in my research, by writing popular articles and working on comics with local Oxford publisher the Phoenix for example, but it had never occurred to me to think about developing a play about science. But the more we chatted about it, the more exciting the idea became. In theatre you can play around with time, by setting the action in the future for example. But you also have some latitude to make a work of fiction by taking logical next steps before they have been taken. The Netflix sensation Black Mirror is perhaps the most famous and one of the best exponents of this approach.

Together with RBL, we wrote a grant application and identified a writer - the very talented Beth Flintoff - who would be keen to take on this innovative idea. We needed funding to pay for Beth’s time and for actors, producers and a director to workshop the scenes for a week before putting on free performances in Oxford and Reading. We secured funding from an internal Oxford public engagement grant that was matched by several different departments within the University. The result was Genomes, a play about the future use of genetics in healthcare. We showed this to audiences in Reading and Oxford in the summer of 2018, and had an interactive debate at the Oxford Museum of Natural History.

Since then, we have been trying to take the next steps with the play, and thanks to recent TORCH funding we are now well on the way to achieving this. We used our TORCH funding to pay Beth to redevelop the script, based on feedback from people during the showings. We’re also working to book the play on a national tour and will apply to Arts Council England for further funding to allow this to happen. This just wouldn’t have been possible without the support of TORCH. We are all incredibly excited about maintaining the momentum of the production and to continue to transparently debate how data should be used in our future healthcare. 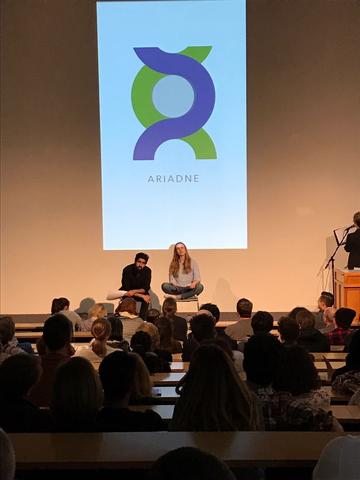