Monuments – in the most conventional sense – are physical markers on the landscape, built to remind: designed so that surrounding communities, pilgrims and passersby can abide by the maxim ‘never forget’. How realistic, though, is this grasping towards intransience?

Earlier this month, architect Daniel Libeskind gave a guest lecture at Oxford Brookes University about some of the many iconic museum and memorial projects he has designed worldwide, including the World Trade Center site in New York City and Dresden’s Military History Museum. During the Q&A an audience member asked if Libeskind designed his monuments to last forever. He replied that even if immortality was aspired to by the architects designing today’s monuments, contemporary materials and methods of construction defy such ambitions. They impose an expiry date on all new monuments even as their architectural aesthetics may make allusions to eternity.

Libeskind’s acknowledgement of the ephemerality of even the most monumental of commemorative architecture prompts us to consider, not only, whether striving for perpetual and unchanging markers of memory is achievable, but also, whether it’s desirable.

The following day, at the Museums and National Identity workshop, which I was delighted to be invited to take part in, these questions again hung in the air. Various speakers drew attention to audiences’ shifting relationships with monuments and memorial spaces over time. Considering who monuments are for, Dr Gabriel Moshenska (Senior Lecturer in Archaeology, UCL) simply, yet incisively, stated they are for those who build them. Yet, this begs the question, what happens to monuments or memorial practices when they remain beyond the living memory of those who created them?

One answer offered by Moshenska is that commemorative practices can become elevated, out of reach and ossified as the generation who created them passes away and the next instinctively continues the traditions of their forebears. Alternatively, as Tony Horowitz and Geraldine Brooks have indicated, monuments – through familiarity or the changing shape of cities – can become invisible to many or repurposed by those with new martyrs to commemorate.

Time can also affect how visitation to memorial sites is perceived. Studies of phenomena that have been collected together under the terminology of ‘Dark Tourism’, for instance, have shown that practices of mass visitation – particularly to former sites of atrocity or disaster – initially considered intrusive or voyeuristic can, over time, become accepted and even commended.

Rhythms of the natural world too, provoke changing attitudes towards spaces of conflict, trauma, suffering and death. The growth of poppies on the battlefields of World War One is one of the most powerful examples: an organic anti-monument so poignant that it continues to be echoed in the commemorative symbols used across the Anglophone world to remember loss of life through military conflict. Tanja Johnston, Head of Arts Programs at the Australian National Veterans Arts Museum, called attention to the enduring significance that tattooing has had as a memorial practice associated with the armed forces. Signs and symbols of trauma, conflict and loss inscribed on the bodies of combatants and their families. These practices draw us away from an exclusive focus on monumental architectural landmarks, reminding us that the natural landscape and the human body are also unique sites of memory. Each exists as a living monument. Making no claims to intransience or immortality, yet possessing the capacity to mark, to remind and to evanesce.

You can listen to the panellists’ presentations from the workshop on our podcast series. 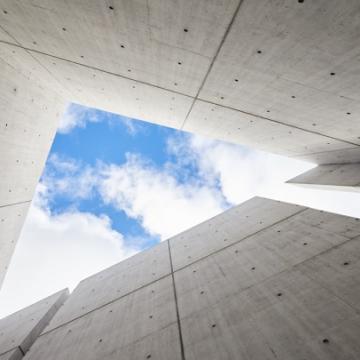